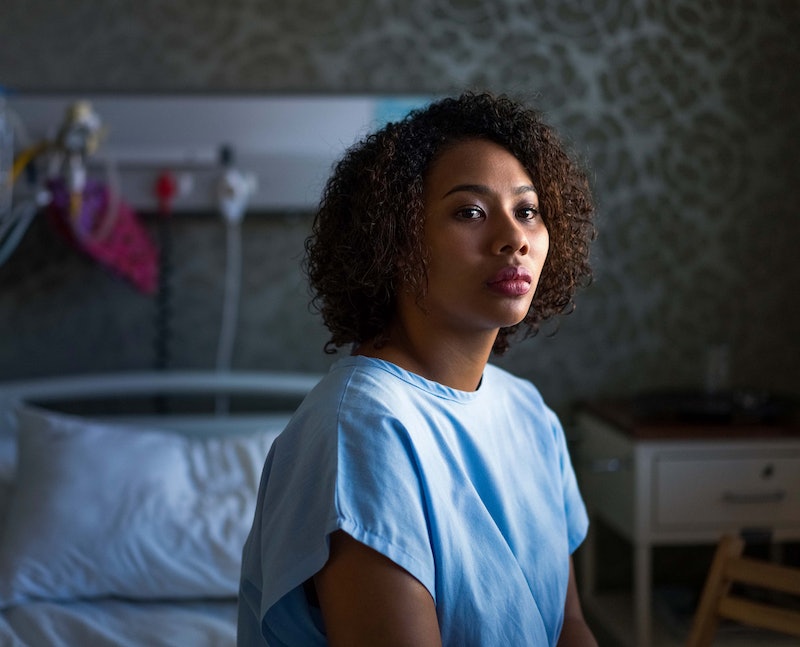 Over the last year, virginity testing or checking has come under the microscope within the media and in the House of Commons. In the summer of 2021, the UK government pledged to ban the practice, which has been described as "a violation of human rights" by the UN and the World Health Organisation. But what is virginity testing, and how prevalent is it in the UK?

What Is Virginity Testing?

The World Health Organisation describes virginity testing or checking as an internal examination where a medical professional – or person known to the survivor’s family – checks if their hymen is still intact.

Your hymen is a thin layer of tissue that either partially or totally covers the entrance to your vagina. One way that a virginity test can happen is if a practitioner inserts two fingers into the vagina to feel for the hymen.

Virginity tests are rooted in the idea that the hymen can only be broken during vaginal sex. This isn’t true. You may have heard the term “popping your cherry.” This refers to the hymen tearing when you first have penetrative vaginal sex. While sex can break your hymen, it may also break if you use tampons or cycle, swim, or ride a horse regularly. Some people aren’t even born with a hymen. This makes the tests unscientific and traumatising.

A family may want their child to have a virginity test as proof of purity or loyalty before marriage. It may also be used as a way to control or repress their sexuality. Regardless of the reasons, the practice links virginity to ideas of purity, suitability, and loyalty, and promotes the idea of sex being a dirty and wrong act.

Hymenoplasty is a surgical procedure that is the cosmetic repair or construction of the hymen. It’s been linked to virginity testing and is also known as revirginisation. Both of these procedures can have serious implications for survivors’ wellbeing.

How Prevalent Is Virginity Testing In The UK?

Due to the nature of the procedures, it’s difficult to identify how many people have experienced virginity testing or hymenoplasty surgeries in the UK. Virginity testing has been recorded across Asia, the Middle East, and Africa. Cases have also been noted in the UK, U.S., Canada, and across Europe. The World Health Organisation described the practice as “a violation of the victim’s human rights and is associated with both immediate and long-term consequences that are detrimental to her physical, psychological, and social well-being.”

A number of investigations have highlighted how pervasive the practice is in the UK, and how covert it is, too. In the ITV documentary, Britain's 'Virginity' Clinics Uncovered, which aired in November 2021, reporters found that five out of the nine pharmacies they visited in London either agreed to conduct a virginity test or were able to recommend a place that would do one.

The BBC reported that clinics across the UK (often private clinics) were offering virginity checks for between £150 and £300. Similarly, an investigation conducted by The Sunday Times found that at least 22 private clinics in the UK were charging up to £3,000 for hymenoplasty surgery.

In July 2021, Aneeta Prem, founder of Freedom Charity, a group that supports survivors of forced marriage, female genital mutilation, and family dishonour told Sky News that they had seen an increase in calls from young people in need of help.

“We are getting an increasing number of desperate calls from young girls being forced to have the most horrific tests performed on them against their will. Because their families demand that,” she said. “You pay £300 to £400, you can produce a letter or certificate for the potential groom's family as a ‘badge of honour’ to say, ‘look you are going to marry a virgin; this girl is “pure”’ and this is becoming more of a trend.”

This lines up with data collected by Karma Nirvana, a charity that supports and advocates for survivors of honour-based abuse in the UK. They reported 41 calls between Apr. 2020 and Apr. 2021 from young people worried about their own experiences of virginity testing and surgery. This is a 75% increase from the year before.

What Has The UK Government Said About Virginity Testing?

While virginity testing and hymenoplasties have been condemned by campaign groups, they’re yet to be made illegal in the UK. On July 20, 2021, the Conservative MP for North West Durham, Richard Holden introduced a clause into the Health and Care Bill that would mean any medical professional conducting virginity tests could face time in jail.

In October 2021, the UK Health Minister Edward Algar reiterated, “We are in the process of seeking four-nation-wide agreement on virginity testing in each of the nations, and we are working through options on what that might look like, reflecting our shared view that virginity testing has no place in any part of our United Kingdom.”

However, campaigners called the introduction of the clause a “false victory” as it didn’t include hymenoplasty surgery. “If we do not ban them, we risk creating a loophole where victims are still subjected to abuse connected to being a virgin and are consumed by the fear of needing to be a virgin,” Natasha Rattu, director of Karma Nirvana told the Independent.

Similarly, medical experts have highlighted that tackling virginity testing isn’t as simple as making it illegal. If we are to support people who have been through virginity testing and to stop the practice altogether, we need to challenge the ideas about virginity and purity. There are also the fears that making virginity testing illegal will just mean that it continues to happen but in more dangerous conditions.

Lord Syed Kamall told the House of Lords: “One of the unintended consequences that has been raised is the fact that it might drive this practice not only into the home but also underground. If we make it illegal, it is illegal, and we have to make sure that we know when someone conducts or subjects a woman or girl to that awful sort of experience. It’s important that everyone knows it’s illegal and that they face the full force of the law.”

How To Help Put An End To Virginity Testing

Waiting for changes in legislation can be a slow and depressing process, but there are some steps you can take to help put an end to virginity testing in the UK.

Stay Informed & Raise Awareness: We’re more connected than ever before through social media. Use it as a tool to educate yourself about virginity testing and the danger that it poses. Then, speak out and share resources to help other people in your life understand what’s going on.

Virginity testing procedures have been presented as something that goes on around the globe but not in the UK. This simply isn’t true. The more people talk about it, the more pressure will be put on policymakers to do something about it.

Support Campaigns: Charities and advocacy groups like Karma Nirvana, Iranian & Kurdish Womens Rights, Women’s Aid, Refuge, and the UN are working tirelessly to raise awareness about virginity testing and support survivors. By sharing their work, engaging with their content, and financially supporting them, you’re increasing the reach of their work.

Petition For Sex-Positive Education: This practice is rooted in the idea that sex is a dirty act and virginity is the desirable state. This is patriarchal, outdated, and oppressive. The government needs to develop a sex-positive health syllabus that focuses on consent, choice, and communication, in order to bust these myths and give young people the language to speak about sex in a healthy way.