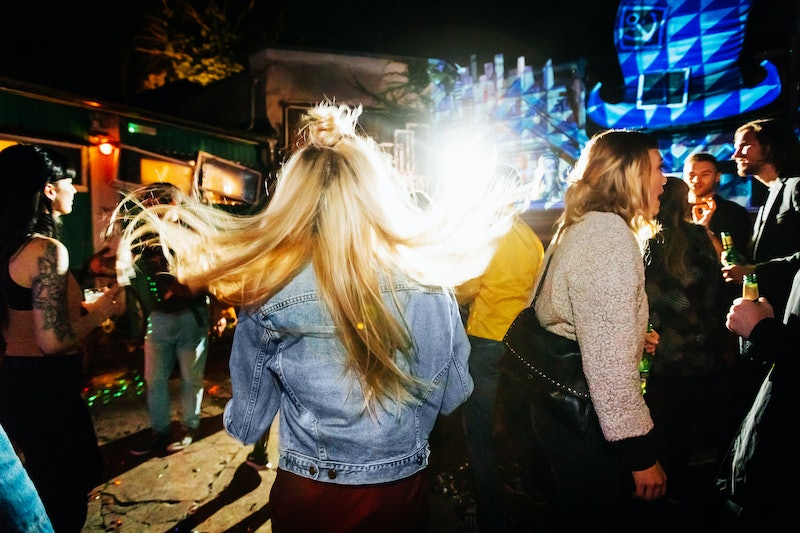 According to a survey conducted by The Tab, at least 2,600 young people believe they have been spiked while on nights out in bars and clubs since the start of the academic year in September 2021. And in the last fortnight, a new trend has emerged in which people are being spiked by injection with needles.

Students at universities across the country have been reporting blacking out and memory loss as a result of being spiked via a needle, as well as numbness and sharp, shooting pains at the site of injection.

In light of this alarming new trend, I spoke to Dr Sameer Sanghvi, a GP and Clinical Technology Lead at LloydsPharmacy Online Doctor, to find out what people can do if they think they or a friend have been spiked – including immediately after it happens.

Symptoms Of Being Spiked

The drugs most commonly used to spike someone are Gamma Hydrozybutyrate (GHB) or Rohypnol (Roofie).

As Dr Sanghvi explains, GHB can give you a sense of euphoria, reduce your inhibitions, and also cause sleepiness. Other key symptoms to look out for are:

Rohypnol – a sedative drug that is often used to treat insomnia and anxiety – works by increasing the effect of gamma amino butyric acid (GABA) in the brain which can strongly affect a person’s rational thought process and short-term memory, Dr Sanghvi says. Key symptoms here are:

Ecstasy, ketamine, and LSD are also used in spikings. Ecstasy may energise you and make you more paranoid and confused, ketamine can leave you with memory loss, a sense of confusion, and breathing difficulties, and LSD can cause anxiousness and your heart to race.

Not only do symptoms vary depending on the drug, but they will also vary from person to person. It’s good to trust your instincts – you’ll know what feels unusual to you.

In general, other symptoms you will want to look out for are:

If you know that you or a friend has been spiked via a needle, there are a few immediate steps you can take.

After locating the injection site, it’s advisable to wash the wound with running water and plenty of soap to sterilise it and to cover it with dressing or a plaster, says Dr Sanghvi. Do not scrub the wound or attempt to suck anything out of it, because neither of these actions will help, he adds.

There is also a possibility that the needle has been reused, which puts victims at risk of HIV and hepatitis. For this reason, Dr Sanghvi recommends the victim attend a sexual health clinic or A&E within 24 hours of the event so they can be fully assessed and considered for post-exposure prophylaxis (PEP) medicine, which may help prevent them from being infected with HIV. PEP should be started within 72 hours of coming into contact with the virus for it to be effective, he says.

More generally, if someone has been spiked, it’s important you stick by them to make sure they don’t come into any danger and you inform the manager of the venue you’re at about what has happened. If the victim is comfortable to do so, they should report the incident to the police.

What To Do If Your Drink Has Been Spiked

If you have been spiked via something in your drink, you should:

Resources To Be Aware Of