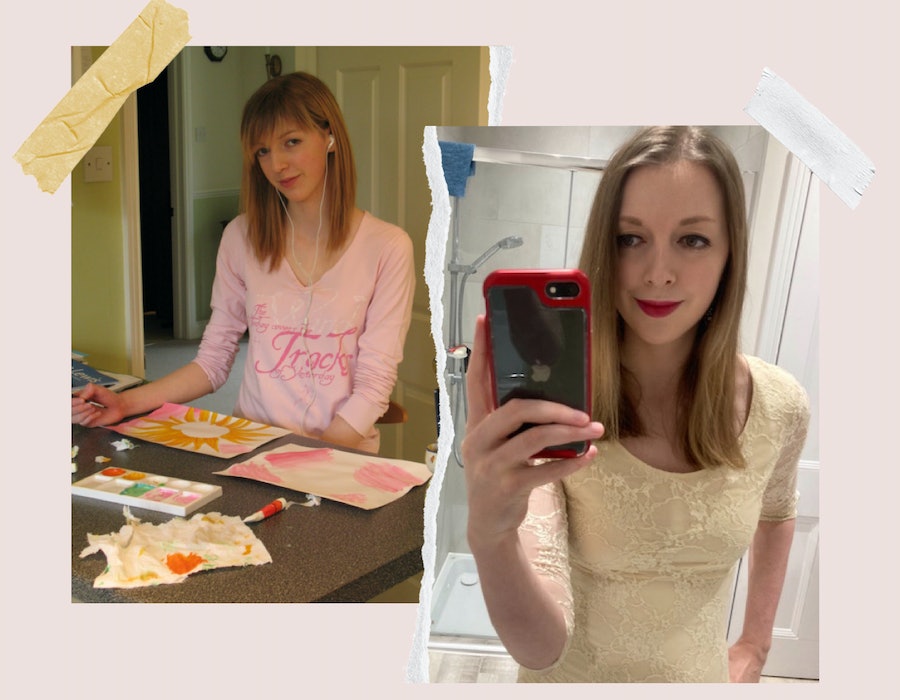 Most things in life, I did to fit in. To be “cool”. So when I was diagnosed with autism at 15, I did everything I could to block it out, because – let’s face it – the stereotype is categorically uncool.

Autism is a neurodevelopmental condition characterised by deficits in social communication and restricted, repeated patterns of behaviour, interests, or activities. Autistic people may struggle with picking up on social cues, have highly fixated “special interests”, and have hyper- or hyposensitivity to sensory input. They are also likely to have additional conditions such as ADHD, OCD, depression, or anxiety.

When I was young, I flitted between schools seeking acceptance. I was ousted from my clique in primary school when the other girls found my obsession with Henry VIII and his six wives irritating. When my parents moved me to another school, my former headteacher told them they were “taking the problem with them.”

In secondary school, the obsession with fitting in reached fever pitch – and I wasn’t the only one. Everyone was fixated by the notion of being cool. The group I was on the edge of grew increasingly resentful of being stuck at the bottom of the hierarchy. I was an outsider within outsiders. If there were limited seats at a table in class, I would always be the one who had to go and sit somewhere else. How cool you were perceived correlated to how well you were treated. A “geek” was the worst thing you could possibly be, and it was the label I was stuck with. As a teenager, I desperately wanted to feel pretty, to have a boyfriend, to be surrounded by friends, and to find my place in the world; I loathed this label with a passion.

Nerdy, socially awkward, loner, computer geek. That is the image of autism. I like floral skirts, city breaks, and Taylor Swift. I didn’t know how to accept my diagnosis as part of my identity.

Then, at 15, my parents told me I had been diagnosed with something called “Asperger’s Syndrome.” I googled the term and a page popped up titled “The Geek Syndrome.” In anger, I decided my parents were just trying to punish me. I rejected the diagnosis immediately, marking the beginning of 15 years of denial.

Nerdy, socially awkward, loner, computer geek. That is the image of autism. I like floral skirts, city breaks, and Taylor Swift. I didn’t know how to accept my diagnosis as part of my identity.

Yet, on some level, I always knew I was different. I had a tendency to end up on the edges of friendship groups. Friendships drifted apart or ended in fall-outs and misunderstandings. Occasionally, when I found myself in new settings, I was so shy I could barely make a conversation. I never seemed to click with the jobs I had. I could manage the work itself but there was always something I didn’t quite “get”. Executive dysfunction – a common symptom of autism that causes difficulty with focus and organisation – made office work a minefield.

Being autistic is like going through life without the instruction manual that everyone else seems to have read and memorised. You have to learn through trial and error what everyone else knows instinctively.

Being autistic is like going through life without the instruction manual that everyone else seems to have read and memorised. You have to learn through trial and error what everyone else knows instinctively. I felt like I was treading water and struggling to get by while everyone else coasted through. I thought I was bad – unworthy, crazy, somehow worse than other people. In reality, I was just autistic.

My autism wasn’t totally secret. I told employers I was autistic in the hopes that would prevent them firing me and I mentioned it to a few, very close friends. Yet the rest of the world was unaware. I blogged, I wrote articles for various publications on dating, I posted on social media. But I omitted a crucial part of my identity. Stigmatisation of autism was what made me block it out for so long, denying myself and support and self-acceptance I needed. In hindsight, I realise I could have gained greater understanding and acceptance of myself by just being honest.

Stigmatisation of autism was what made me block it out for so long, denying myself and support and self-acceptance I needed.

Hyperlexia (advanced reading ability at an early age) is common among girls on the spectrum; I was already reading chapter books by the time I started school. Books were also what led me to self-acceptance. I read Shy, Nerdy & Socially Inappropriate by Cynthia Kim and Sisterhood Of The Spectrum by Jennifer Cook O’Toole. After that, I followed autistic people on Twitter. I discovered Paige Layle on TikTok. I listened to podcasts and watched YouTube videos. I saw autistic women with careers they thrived in, in long-term relationships where they are valued. After many redrafts and revisions, I posted an article on my blog announcing my autism to the world. I ordered a pizza and poured myself a glass of wine as the comments began to pour it, almost all of them full of support, love, and excitement. I felt a sense of freedom. I could finally be my authentic self.

I am in a place where I no longer wish I wasn’t autistic. I no longer feel at a loss that I’m not part of the “in-crowd”. I’m happy to be an ambivert writer with a handful of good friends. But autism isn’t my “superpower”. My life has actually been really difficult. It’s just part of who I am – like having hazel eyes and pale skin. All I can do is use what I have and what I have been through to give purpose to my life and help others.