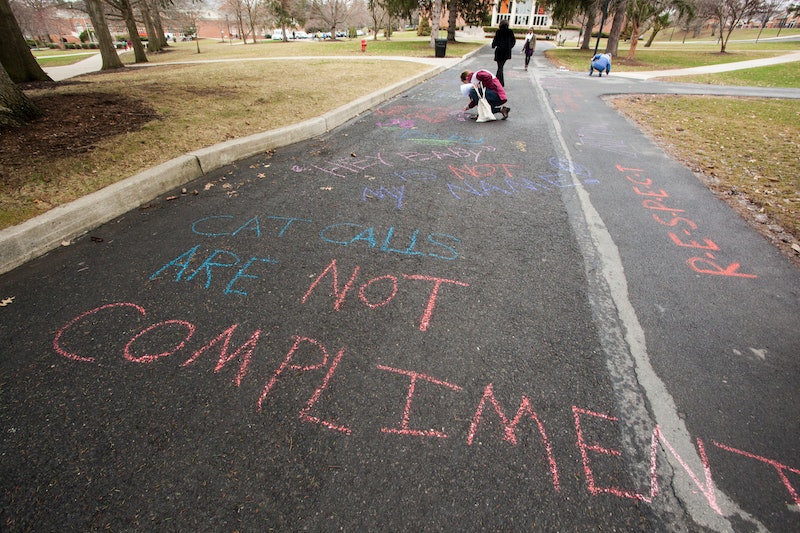 Police have contacted Regnier and identified the offender, she told BuzzFeed. However, most incidents of this sort do not receive such widespread attention, and many are not reported at all. “If I had to complain every time this happens, I’d spend my life talking to the police,” Regnier told BuzzFeed. One survey of French women who use public transportation found that 100 percent of of them had experienced sexual harassment or assault. U.S. studies have found that 87 percent of women nationwide and 100 percent in Indianapolis and the California Bay Area have experienced street harassment. In one New York City survey, 63 percent of people reported being harassed and 10 percent had been assaulted in the subway system.

It is not the victim's duty to respond to sexual offenders. Since the harassment can be threatening, many women worry what will happen if they retaliate. These brave souls, however, have called out their harassers publicly, and their accounts have been eye-opening.

Although the viral video following Roberts around New York as 108 men sexually harass her was problematic for a number of reasons — namely in how it dealt with race — it spoke to many women for whom street harassment is also a daily occurrence. It also surprised many men who didn't realize how common catcalling really is.

When Toronto CityNews sports reporter Shauna Hunt was covering a soccer game, several fans hurled sexually lewd comments at her. "It's a disgusting thing to say. It's degrading to women," she told them. The video went viral, and one of the men was fired from his job.

Back in 1991, when there were virtually no sexual harassment laws in place, attorney and professor Anita Hill — whose story will be the subject of the HBO film Confirmation — testified about sexual harassment she claims to have recieved at the hands of Justice Clarence Thomas. Thomas denied the allegations and currently serves on the Supreme Court. Hill has gone on to speak and write about her experiences, sparking a nation-wide increase in awareness of workplace harassment.