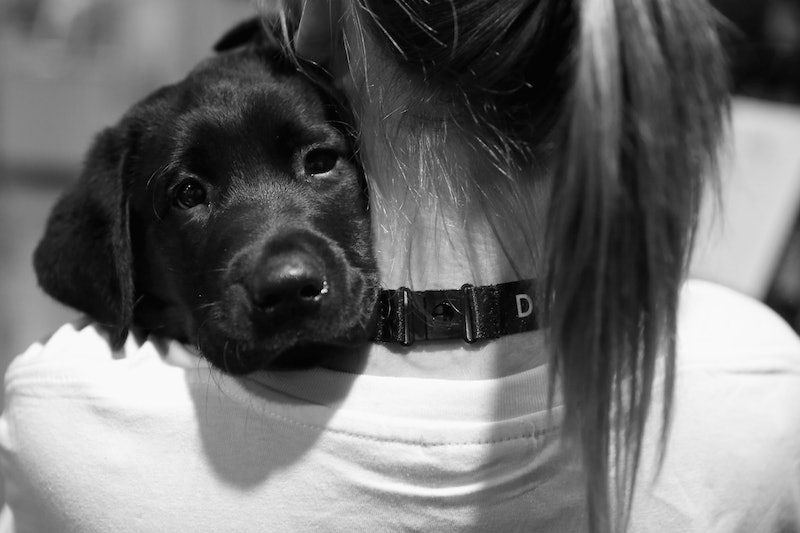 I've been a dog person for as long as I can remember, because let's face it: All cats want to do is be left alone, while all dogs want to do is snuggle (I don't know about you, but I'll take snuggling every time). There are a lot of myths and facts about the furry creatures that circulate around you, though, especially if you grew up with or near a dog. So how much do you really know about them? The new AsapSCIENCE video "The Science of Dogs" reveals some interesting facts about puppies that you may not have known, so let's take a second to clear the air. Our furry pals deserve it.

About 70 to 80 million dogs are owned in the United States, with almost half of all U.S. households including a dog. And the numbers get even bigger when you go global: It's estimated that there are 400 million dogs in the world. Given their current popularity, then, it's perhaps unsurprising that domesticated dogs have been the most popular working and family companions throughout all of human history — in fact, scientific evidence shows us that the the domestication of dogs may have occurred over 15,000 years ago, when dogs could have assisted tribes and communities with hunting and protection against other wild animals. DNA has even linked modern dogs to the grey wolf. Who knew, right?

I'm willing to bet you might not know these other seven facts about dogs, either. Scroll down to watch the full video!

1. A Dog Help You Find Love

Studies show that men are three times more likely to get a girls number if they have a dog by their side. Maybe it's because any man who seems like he's having fun with a dog is most likely automatically less awful than one without.

2. Humans And Dogs Both Respond to Emotional Sounds

3. Can't Be Around To Snuggle Your Pup? Leave It Your Clothes

Leaving your puppy clothes that smell like you can help alleviate any separation anxiety he may have when you're not around.

4. Dogs Are About As Smart As a Two-Year-Old Human

Dogs can understand about 150 words, count up to five, notice simple errors, and solve spacial problems like the fasted way to get to the dog park.

5. But Not All Dogs Were Created Intellectually Equal

6. Dogs Can Sense Seizures, Low Blood Sugar, and Even Cancer

Dogs can sniff out seizures and low blood sugar, and in one study, they correctly sniffed out 30 out of 33 cases of prostate cancer in the urine of patients. This has to do with having a very sophisticated sense of smell, which can be 10,000 to 10,000,000 times stronger than a human's. Talk about having a superpower.

Studies show that humans love and care for their dogs just as much as they do for their own babies. Plus, dogs reduce stress and anxiety... something even a baby can't do!

For more dog facts check out the full video below: