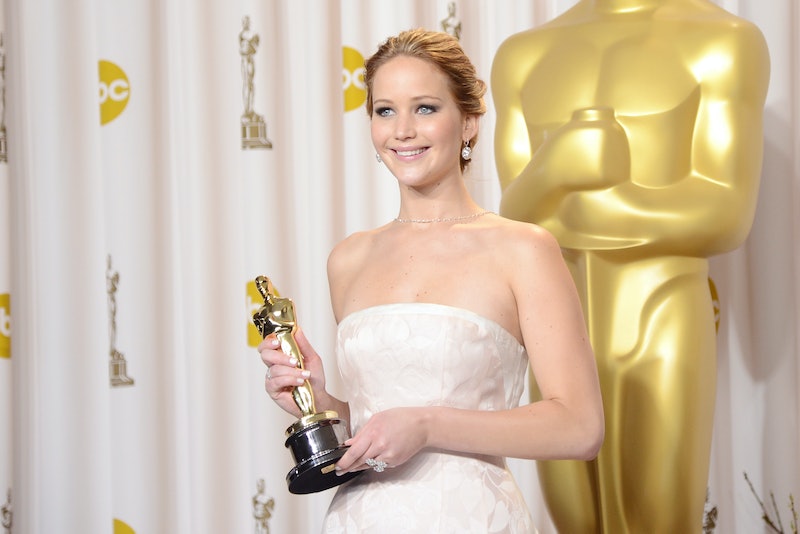 Production hasn't even begun on The Rosie Project, but already its shaping up to be an Oscar contender. Earlier this month, it was announced that Jennifer Lawrence signed on to play Rosie Jarman. Now Boyhood 's Richard Linklater is rumored to be directing The Rosie Project, which means it's about to get even more amazing.

The movie, which is based on Graeme Simison's novel of the same name, is set to hit theaters on April 16, 2016. In case you haven't read the book (and you totally should, by the way), The Rosie Project is about a socially awkward genetics professor named Don Tillman who devises The Wife Project, which lists all the criteria his suitable wife should have. Of course, things go awry when he meets Lawrence's character, who he finds irresistible, even though she doesn't meet his wife requirements. The actor playing Tillman has not yet been announced.

Lawrence already has one Oscar to her name, with an additional two nominations. Linklater has five Oscar nominations, including three for Boyhood. Together the two have the potential to be as successful as Lawrence and David O. Russell. (She won her Oscar for her performance in Silver Linings Playbook, landed a nod for American Hustle and stars in his upcoming Joy.) Here are seven more reasons a Lawrence/ Linklater collaboration would be Oscar gold.

Lawrence's energy is irresistible, especially to the Academy.

Eight nominations, including one win? Yeah, fortune is in their favor.

4. This Story Is Unique

The Rosie Project isn't like any other book, so it will take truly talented people to do it justice. But, if done well, it's certain to attract attention.

5. It Would Change Up Lawrence's Resume

Lawrence collaborated with Russell on three films and Francis Lawrence on three of the Hunger Games movies. Linklater would be a refreshing change.

6. They Would Bring Out The Best In Each Other

True artists highlight each other's strengths. I would love to see how this collaboration would pay off for Linklater and Lawrence.