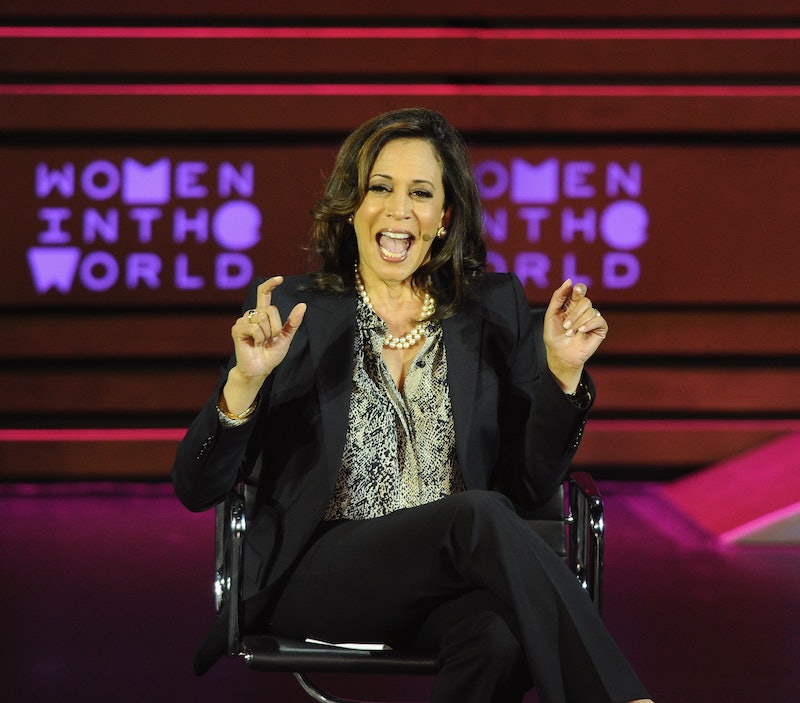 Hillary Clinton is attempting to break the highest glass ceiling in the country by becoming the first female president of the United States and has always been a strong advocate for gender equality, but there are multiple other female politicians making a difference too. One woman can't do it all, and Clinton is in good company. While there are lots of women in politics these days — not as many as there are men, obviously — there are a few American female politicians every feminist should know and be following closely.

Women in politics play a major role in protecting women's rights and pushing America closer to a gender equal society. The U.S. is ranked 71st worldwide for women's political representation, which is pretty depressing and why the women who are in office are so valuable to the feminist movement. Whether they directly advocate for equal pay and reproductive rights or just prove that women can be badass political leaders, too, America's top female politicians are inspiring American women and making the country a better place for the next generation of girls.

Here are seven awesome American female politicians every feminist should know by name and expect to see more of in the future. Some you likely already know, but some aren't so well known — yet.

Currently the minority leader of the U.S. House of Representatives, Nancy Pelosi is a Democratic congresswoman from California. She served as the Speaker of the House from 2007 to 2011, making her the highest-ranking female politician in U.S. history. On top of making history, she consistently votes in favor of women's reproductive rights and funding for abortion providers.

Massachusetts Sen. Elizabeth Warren is an advocate for consumer protections and contributed to the creation of the U.S. Consumer Financial Protection Bureau. When elected in 2011, Warren became the first female senator from Massachusetts. A lot of Democrats wanted Warren to run for president in 2016 and oppose Clinton, but she has already put those rumors to rest.

Oregon Gov. Kate Brown is the state's second female leader and the country's first openly bisexual governor. In her previous position as Oregon's secretary of state, Brown worked to remove voter registration and voting barriers and improve education in the state.

A congresswoman from New York, Rep. Carolyn Maloney has fought for women's rights since the beginning of her career. She was instrumental in legislation that cleared backlogs of untested rape kits, secured funding for programs for Afghan women and girls, provides annual mammograms for women on Medicare, and guarantees medical care, counseling, and legal assistance for sexual assault victims on college campuses. She continues to push Congress to pass the Equal Rights Amendment that would guarantee equal rights for women on all fronts.

Jackie Speier, a congresswoman from California, is fighting alongside Maloney for the Equal Rights Amendment, which was first introduced in 1923. Speier introduced legislation that would remove the deadline for ratifying the bill.

Tammy Baldwin is the first female senator from Wisconsin and the first openly gay U.S. senator. While serving in the House, Baldwin sponsored lifting the ban on the Equal Rights Amendment deadline, and since joining the Senate, advocated for the Paycheck Fairness Act.