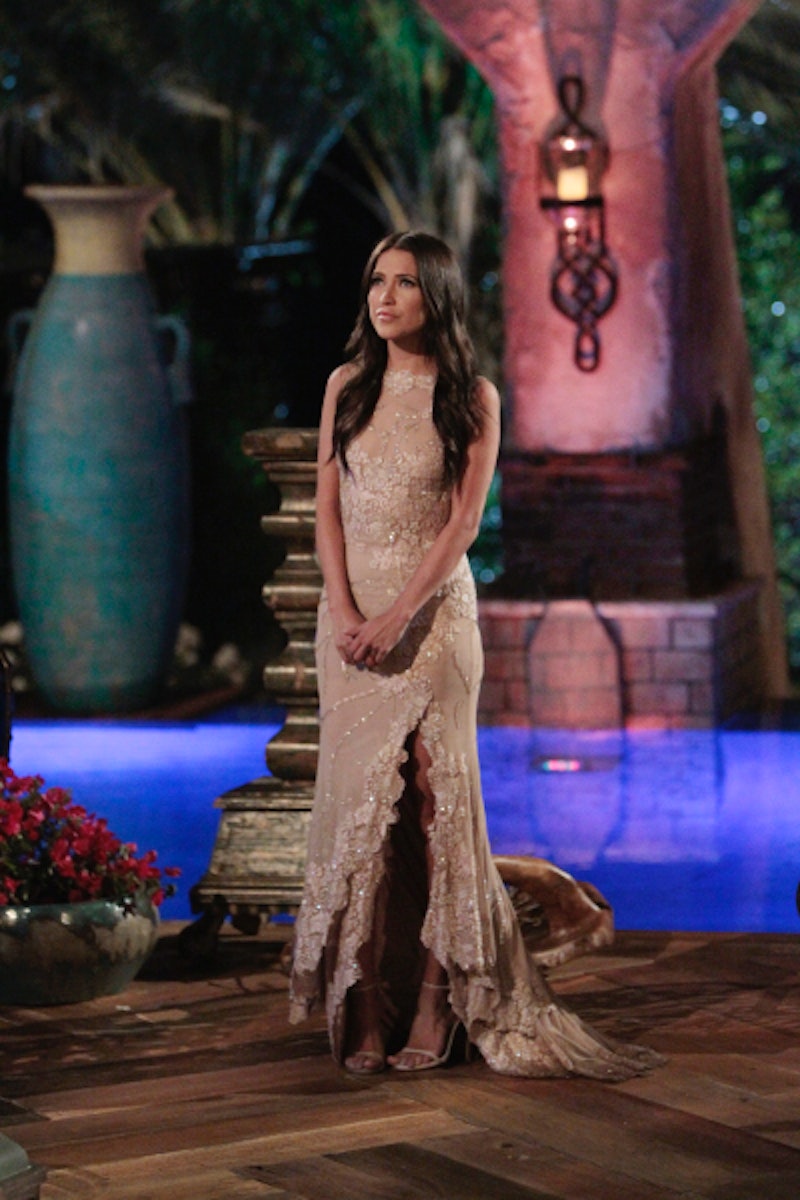 After The Bachelorette finale on Monday night, Kaitlyn Bristowe and Shawn Booth went on Jimmy Kimmel Live! to make everyone jealous of how completely adorable they are. While on the show, Jimmy Kimmel questioned Kaitlyn about the infamous Bachelorette Snapchat spoiler, and she and Shawn revealed the details behind the accident. It totally wasn't funny at the time for either of them (or likely the producers of the show), but looking back now, it's hilarious.

"We were sending Snaps to one of the producers," Shawn admitted. "[And then] I pick up my phone to go on Twitter, and there's hundreds of pictures of my stupid face ... and [Kaitlyn's] yelling at me—"

At this point, Kaitlyn jumped into the story to tell everyone that it was actually her mistaken post that was spread over the Internet. "And then he's like, 'You did it!' We went to full panic mode," she said. The couple likely got into trouble from the show; Shawn says producers actually drove out to where he was with Kaitlyn, picked him up, and cut his visit short. And, Kaitlyn wants to set the record straight: It was not a PR stunt; it was an accident. "If we meant to do it, it would have looked a lot better," she said, laughing.

At the time it ruffled a lot of feathers, Jimmy Kimmel even told them ABC was really upset about things, but it all ended up OK. In the long run, Kaitlyn's happiness matters more than a show finale, and I'm glad she and Shawn are doing so well today. And, hey, if they can survive their Snapchat spoiler fight, they can survive anything.