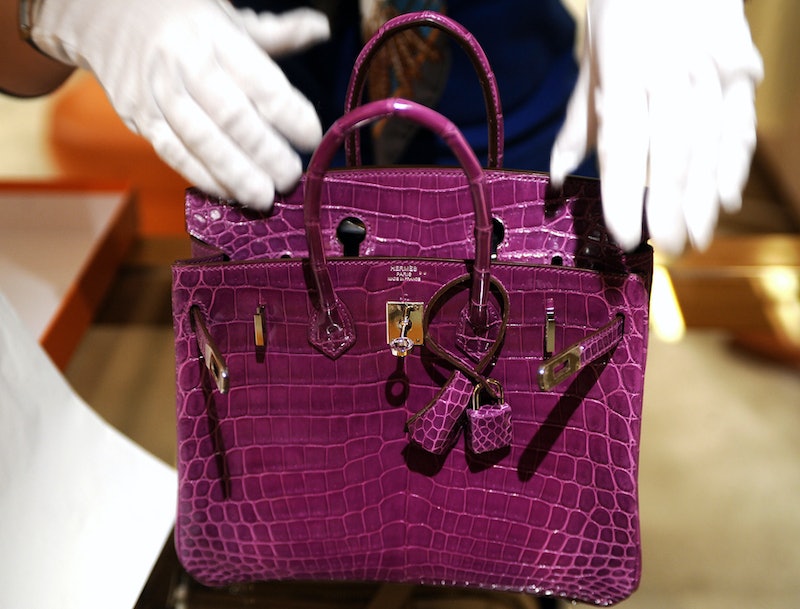 Fashion is deeply intertwined with animal rights, and now luxury manufacturer Hermes is under fire. As reported in Yahoo News, Jane Birkin asked Hermes to remove her name from the iconic crocodile-skin handbag. Birkin, considered the bag's muse, recently learned about the cruel and inhumane treatment of crocodiles behind the bag's production and no longer wants to be associated with the design.

PETA shared the gruesome details on what goes on behind closed doors at crocodile farms in a recent expose, which inspired Birkin to action. She released a public statement saying, "Having been alerted to the cruel practices reserved for crocodiles during their slaughter to make Hermes handbags carrying my name... I have asked Hermes to debaptise the Birkin Croco until better practices in line with international norms can be put in place."

What PETA uncovered is horrific, and hopefully Hermes is willing to listen to Birkin. Specifically, PETA shared how "at just one year old, crocodiles are shot with a captive-bolt gun or crudely cut into while they're still conscious and able to feel pain ... [They] continue to move their legs and tails in the bleed rack and in bloody ice bins several minutes after their attempted slaughter." I have no words for how sad this is.

Fortunately, 2015 seems to be a year of many changes for animal rights in fashion. With name luxury brands like Hugo Boss switching to fur-free and fearless activists like Birkin speaking out, hopefully the fashion world will soon fully realize style doesn't need to come at the expense of living beings.

I wonder what the bag will be called in the interim?

Hermes has not yet released a statement in regards to Birkin's plea.

More like this
Lizzo Celebrates Juneteenth With Pan African Flag Dress
By Dominique Norman
Natalie Portman Had A Totally Clueless Moment On The Thor Press Tour
By Maxine Harrison
For These Abortion Clinic Volunteers, Going TikTok Viral Is A Risk Worth Taking
By Audra Heinrichs
5 Ways To Stand In Solidarity With Women In America From The UK
By Sophie McEvoy
Get Even More From Bustle — Sign Up For The Newsletter