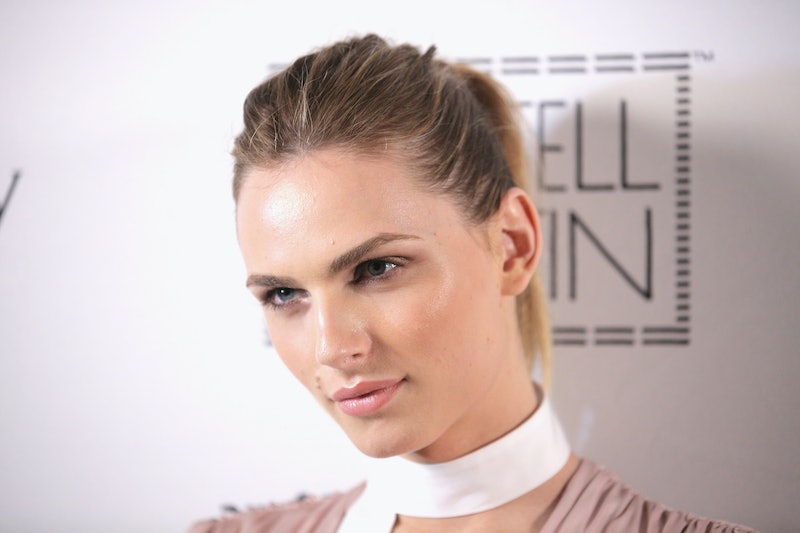 On top of reaching countless milestones in the fashion and beauty industry as a trans model, Andreja Pejic has also joined Taylor Swift's squad, landed an editorial in Vogue , and become the face of Make Up For Ever's bold campaign alongside Jamie Chung. And clearly, there's no stopping her, as Andreja Pejic has been featured in The Love Magazine 's latest issue. The four-page spread that she received was artistically shot by Solve Sundsbo and featured her amidst jungle greenery in a huge statement sun hat.

Pejic, along with the rest of the transgender community, has been receiving a consistent flow of support and editor-in-chief of Love Magazine, Katie Grand, wishes to keep it going. In the editorial, much of Pejic's struggles and strides that she has made in finding her identity definitely comes off the pages. From the lack of initial support from her family to finding the courage to share her story, Pejic opens up about gender fluidity and how society is slowly becoming more accepting and understanding. The flawless model said, "I do believe gender is a spectrum, and there are people that feel they are in the middle. But I’ve always felt I was a woman, and I’ve done every thing I can to live life as a woman. I feel I just have to be accepted as who I am and be given the same opportunities."

Considering all her experiences as the first transgender model to be profiled in Vogue and the first transgender model to be face of a cosmetics campaign, she has truly been an inspiration for the trans youth community. She tells her growing experiences in a raw way such as the time when she was, "very feminine as a kid, and then I started to come out of that and was told the message by my family, by society, that it was time to grow up and be a boy."

If you want to dive deeper into Pejic's story, be sure to pick up the latest issue of Love.