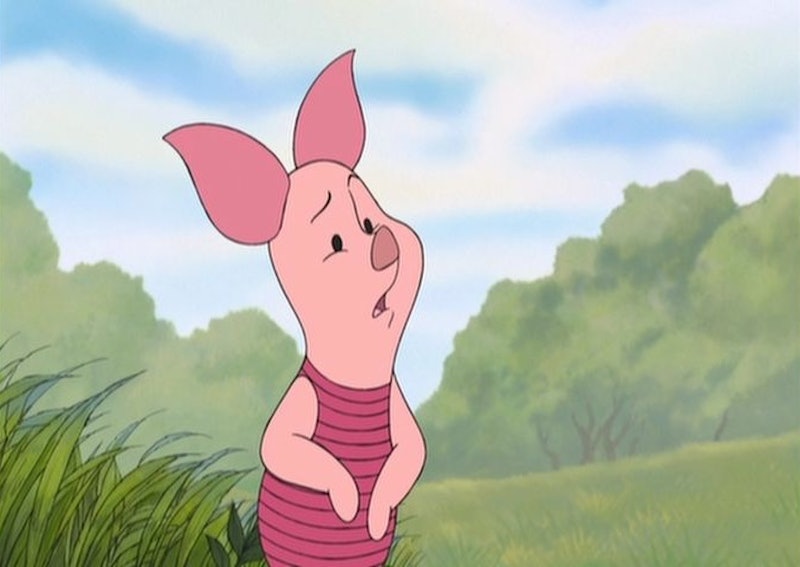 For those of us who can't really remember a time before we were anxious, generalized anxiety disorder feels like something you're just born with, like being double jointed or having cool mismatched David Bowie eyes. But are we actually born this way? Or did particular life experiences make the anxious among us more prone to hit the worry-sauce than our more chilled-out peers?

It turns out that the answer is: yes to both. The Mayo Clinic lists everything from genetics to personality to being female under "risk factors for anxiety" on their website, and while researchers have identified a number of traits that seem to pop up among people who have anxiety, no one has yet done the definitive research as to whether these traits are causes of being anxious, byproducts of being anxious, or something in between.

But even though we haven't yet pinpointed exactly what causes anxiety (and how to stop it), research has still revealed a number of factors common among anxiety sufferers. Can they help us get a handle on our anxiety? Possibly. Will they allow you to humblebrag the next time someone tries to criticize you for your anxiety? Probably. And will they change you views on the dangers of heavy licorice consumption? Almost definitely.

1. You Have High Verbal Intelligence

The Research: Though the sample size on this 2014 study conducted at Canada's Lakehead University was tiny (comprised of only 126 college students), it did present an interesting theory — it tested students both for verbal ability and anxiety, and found a connection between higher verbal intelligence and anxiety. Basically, folks who were good with words were found to also be more likely to worry. Researchers theorized that folks with higher non-verbal intelligence — like visual and hands-on learners, who do better with abstract concepts — might be better able to pick up non-verbal physical cues from those around them, which could help them assess social situations more accurately, and thus be less anxious.

The Theory: Did your parents ever try to comfort you about your anxiety by saying something like, "You just worry a lot because you're so smart"? Well, they weren't too far off from an actual scientific theory — some researchers have theorized an evolutionary connection between high IQ and high levels of anxiety.

The Research: This small study (again with the small studies! Why are all these studies so small? Are they afraid to get 1000 highly anxious people in the same laboratory?) reported in Frontiers in Evolutionary Neuroscience found that, among folks afflicted with generalized anxiety disorder, higher levels of worry were correlated with a higher IQ. (However, the link was only found among people who suffered from anxiety disorder — among test subjects without anxiety, people with higher IQs had lower levels of worry.)

Dr. Jeremy Coplan, study creator and professor of psychiatry at State University of New York Downstate Medical Center, postulated that this connection could have been an evolutionary advantage — reacting quickly to any perceived danger may have spelled the difference between survival and being eaten by a lion for our early human ancestors. Yes, I know, that's cold comfort now, when your anxiety mostly just makes interacting with strangers at work or the store torture, but you'd totally survive a lion encounter on the savannah — that's gotta count for something, right?

3. Certain Areas Of Your Brain Are More Developed Than Others

The Theory: Certain areas of our brain control or amplify our fear responses — and those areas are shaped differently among people with anxiety than they are among others.

The Research: Cognitive scientists at UC Berkeley found that two factors in brain development were common among people who were anxious — an overactive amygdala and an underactive ventral prefrontal cortex. The researchers subjected test subjects to random recordings of someone screaming (geez, I really wonder why they can't get more people to volunteer for these studies, don't you?); they found that subjects with very active amygdalas showed higher-than-average fear responses when subjected to the screams. Those same subjects also didn't seem to be able to engage their ventral prefrontal cortex, which calmer study members engaged as they coped with their fear when hearing the screams.

4. Your Mother Ate A Lot Of Licorice While She Was Pregnant

The Theory: There's a barrier present in both the placenta and the developing fetus's brain that keeps a fetus safe from exposure to the stress hormones present in the mother's blood. That barrier is important, because being exposed to stress hormones like cortisol in utero can predispose us to anxiety, ADHD, and other issues. But the barrier can become ineffective if the mother is subjected to extreme stress while pregnant, especially late in the pregnancy ... or if she eats a sh*t-ton of licorice. Yup, licorice. If there is a God, she sure has a helluva sense of humor, right?

The Research: Jonathan Seckl, a professor and endocrinologist at the Queen’s Medical Research Institute at the University of Edinburgh, found that heavy licorice consumption — as well as heavy maternal stress and emotional trauma — allowed cortisol to cross the barrier, impacting the developing baby's brain. The study found that these kids were more likely to grow into anxious adults. But if you're highly anxious and know for a fact that your mom is addicted to Twizzlers, try to cut her some slack — I assure you, she had no clue the impact her sweet tooth would have on your life.

The Theory: Women are twice as likely as men to be diagnosed with generalized anxiety disorder, and a lot of research has held that women are simply hormonally predisposed to be more anxious. However, women don't start out more anxious than men — we become more anxious as we grow older. So there's probably a bit more to it than hormones, right?

The Research: A 1992 study found that within a group of children, more male subjects had been diagnosed with anxiety disorder by age 11 than female subjects; however, when test subjects were 15, that trend had reversed, and female subjects were far more likely to be diagnosed with anxiety disorder. Why do girls become more anxious as they age? UCLA anxiety expert Michelle Craske told Slate that it boils down to how boys and girls are differently socialized: "There's quite a lot of evidence that little girls who exhibit shyness or anxiety are reinforced for it, whereas little boys who exhibit that behavior might even be punished for it."

And there's also a cultural expectation that women will be more anxious and emotional in general: as Taylor Clark, author of Nerve: Poise Under Pressure, Serenity Under Stress, and the Brave New Science of Fear and Cool, noted, women are accused of being anxious more often than men — for example, men who go to their doctors with concerns about their heart healthy typically get referred to a cardiologist, while women are often dismissed as "worrywarts" and told that their symptoms are just a by product of their anxiety.

6. You Were Born A Nervous Baby

The Theory: Some of us really are just born this way.

The Research: Harvard psychologist Jerome Kagan has spent several decades tracking babies from birth to adulthood and found that the ones who were most stressed out by "novel stimuli" as infants — i.e. babies who hated strange noises, toys, and smells — typically grew up into anxious teens and adults. Those anxious individuals showed brain differences from infanthood on, with MRIs revealing thicker cortexes among anxious infants. Researchers aren't totally sure which is the anxiety chicken and which is the anxiety egg — do anxious people develop thicker cortexes, or do thick cortexes cause anxiety? — but they do hope that this can help people get earlier and more effective treatment.

None of these factors will magically help you alleviate your anxiety, of course — but they might help us better understand our own anxiety, which can often feel totally inexplicable when we're in the thick of it. And perhaps most importantly, this information can be used to shut down people who think anxiety isn't a real disorder, and is "all in your head." Yeah, it is all in my head — right in my thick-ass cortex, chump!

More like this
I'm Going Off My Bipolar Meds to Try to Get Pregnant
By Anonymous, as told to Anna Goldfarb
The Latest Instagram Trend? Crying On Main.
By Ashley Sumner
6 Abortion Advocates To Follow On TikTok
By Sara Youngblood Gregory
The 11 Best Sheets For Night Sweats
By Megan Gray
Get Even More From Bustle — Sign Up For The Newsletter