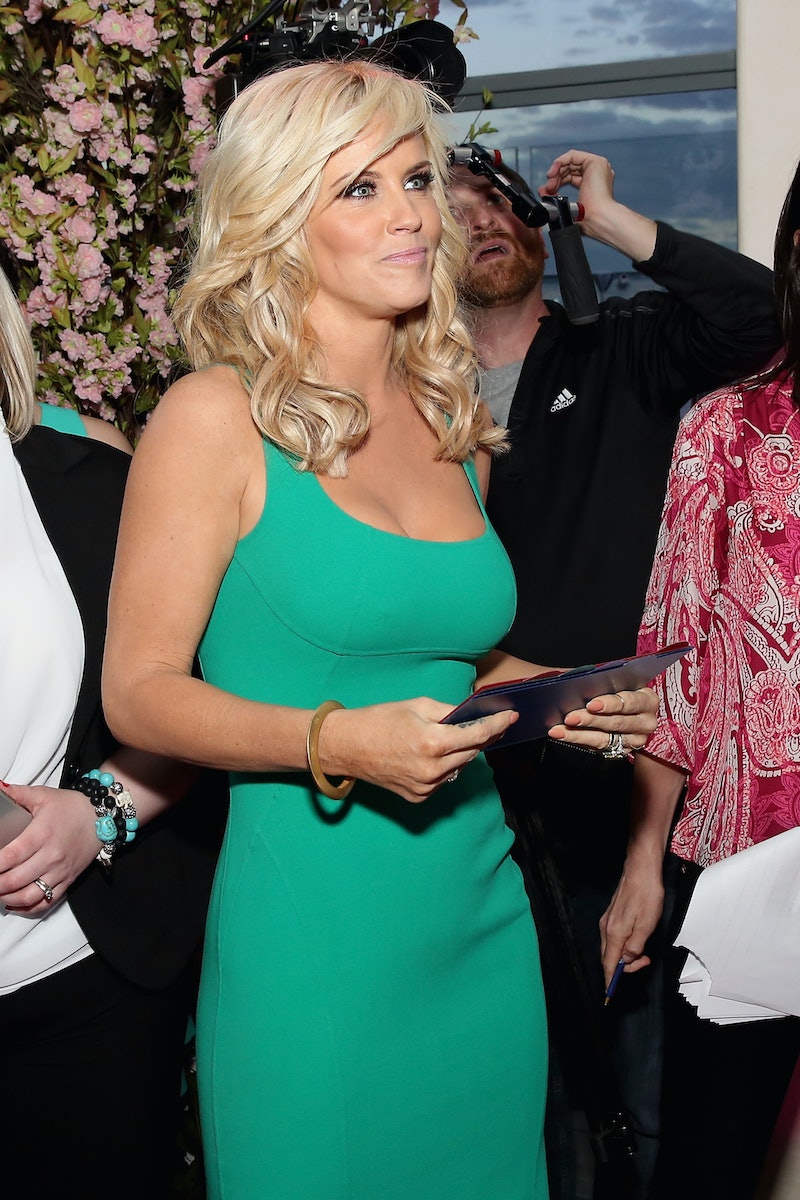 Maybe you consider Playboy magazine to be a leading vehicle for feminist ideals. One that celebrates the female form broad hips, big breasts, all of it. One you'd describe as the "thinking (wo)man's porn. Or perhaps that made you laugh out loud and you view it as little more than a few glossy pages filled with plastic boobs — a publication that should bear the responsibility for the pain you feel every time you get a Brazilian wax. Whatever your true feelings about the 62-year-old publication, it's difficult to look past the fact Playboy has helped catapult the careers of many famous women over the years.

One name proves this more than any other: Marilyn Monroe. The world has no way of knowing whether the most famous blonde bombshell of all time would have achieved enormous success if she hadn't starred as the publication's first centerfold, way back in December 1953. But the fact that she did, and then shot to fame that very same year in films like Niagara and Gentleman Prefer Blondes, paints a pretty convincing picture of Playboy's enormous influence. Since the first issue hit newsstands, many women — both the "Girls Next Door" and established celebrities who certainly don't need more fame — have relied on Hugh Hefner's mag to help them appeal to a different demographic ('80s pop singer Debbie Gibson springs to mind) or force the world to see them in a whole different light (Olympic figure skater Katarina Witt).

The nine women below shot to fame and went on to have amazing careers after appearing in Playboy — and couldn't be blamed if they count their nude photo shoots as one of their smartest career moves.

The actress was just starting out when she graced the first cover of Playboy in December 1953 and appeared in three interior spreads. Interestingly, there was only one semi-nude shot of her lying on a bed with her breasts exposed — totally tame by today's standards. As most people know, Monroe would go on to star in several films, including The Seven Year Itch and Some Like It Hot before her untimely death in 1962 at age 36.

She was one of the most famous pin-up models of all time. Page's career only lasted seven years but resulted in hundreds of iconic photos. But before Playboy made her its Playmate of the Month in January 1955, Bettie Page was just another struggling model. With her jet-black hair, bangs, and fierce attitude, Page didn't resemble most of the bleached blondes who were achieving success in that decade, but Playboy knew a future star when it saw one.

McCarthy was Playboy's Miss October 1993 before she was christened Playmate of the Year in 1994. That title pretty much resulted in her becoming a '90s queen and led to a hosting gig on MTV's Singled Out, followed by a role on Baywatch and her own TV sketch comedy called The Jenny McCarthy Show. Um, she also married Donnie Wahlberg and scored herself a seat at the table on The View— I'd call that success.

Carmen Electra was the other '90s queen; the brunette to Jenny McCarthy's blonde. And she owed her success to a 1995 Playboy shoot that led to roles on Baywatch (where she replaced Pamela Anderson, whom I'll get to in a minute), Scary Movie, Date Movie, and even her own short-lived TV series called Hyperion Bay.

Cindy Crawford was already huge was already huge in the modeling world when she posed for Playboy and appeared on its cover in July 1988 (and then again in 1996 and 1998). But, while she didn't need any help getting runway work, her appearance in the magazine gave her a whole new male following and made her seem more commercial, which led to an iconic 1991 Pepsi ad and several on-screen spots in hit TV shows like Frasier and 3rd Rock from the Sun.

Jeana Keough was one of the original members of The Real Housewives of Orange County, but the Wisconsin native may never have gotten her start as a model and actress if not for her appearance in Playboy, which named her its Playmate of the Month in November 1980.

The Real Housewives of Miami star appeared in the magazine's December 2009 issue because, she said, she wanted women to feel empowered. Sh said to Fox News, “There are several great reasons why female celebs line up to shoot Playboy: finally a woman gets paid more than a man for comparable work, she gets to set the rules, gets to be in a real team work with other women, as many key positions at Playboy are in fact held by women!" She continued, "She brings in her creative ideas, gets involved in the photo selection and ends up with something she co-created through and through."

Pamela Anderson was everything in the 1990s. Her California tan, bleached blonde hair, and skinny eyebrows set off a wave of imitators who wanted nothing more than to wear her famous red Baywatch bathing suit and run around the beach. After she was discovered at a football game in Canada, she was quickly scooped up by Playboy, which put her on its cover in 1989 before declaring her Playmate of the Month in February 1990. Anderson may have had a difficult time living down her Baywatch/Barb Wire image, but she became most famous for simply being Pamela Anderson, and she owes that to Playboy.

Keeping Up With the Kardashians premiered in 2007 — the same year Kim Kardashian appeared on the December cover of Playboy and went down in history as having one of the best-selling spreads of all time, according to the magazine. Her willingness to pose nude helped her turn the tables on those who believed she was a victim of her leaked sex tape — and it also helped open up more doors for her and increase her celebrity status.

While the magazine has been around for over 60 years, it's still kickin', so there's a very good chance it will be shaping careers for years to come.