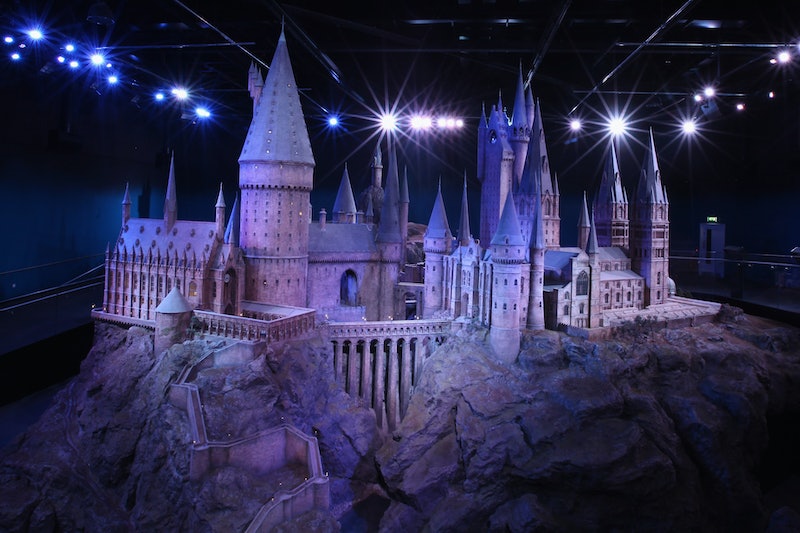 Pretty much the entire English-speaking world, and speakers of 67 other languages as well, know their Galleons from their Sickles, and their Bludgers from their Quaffles — but there’s one Harry Potter detail everyone’s been overlooking: Harry Potter might not be white. As a rule, children’s books are problematically lacking in diversity, and so we do tend to assume that all characters are white by default. But nowhere in the Harry Potter series does J.K. Rowling ever explicitly say that this is the case, and fan artists have taken to Tumblr to illustrate how some of the characters might look if they were black, Latino, or mixed-race.

It’s probably safe to assume that Ron Weasley, with his bright orange hair and freckles, is white, but Hermione Granger is only ever described as “very brown.” Perhaps the hair she worries is “bushy” looks less like Emma Watson’s perfect ringlets, and more like the beautiful kinky curls of natural hair. Not only would this make her an amazing heroine for young people of color to look up to, it also adds a very interesting layer of complexity to her story. Hermione constantly has to fight against outsider status in both the Muggle and wizarding worlds, and is even labeled with the derogatory term “mudblood.” This is already a thinly veiled attack on class discrimination, and when viewed as a racial issue as well, it opens up a whole new level of discussion.

One artist, Vondell Swain, has drawn Harry Potter as mixed-race, the son of a black James Potter and white Lily Evans. This opens up a new interpretation of the term “half-blood,” and satisfies Swain’s “personal desire for a black mixed-race hero story.”

J.K. Rowling has not explicitly confirmed or denied the possibility that her characters may not be white, but she has given her seal of approval by favoriting several of the illustrations on Twitter. Fans of Harry Potter have learned not to take any character’s race, gender, or sexual orientation for granted, after J.K. Rowling’s revelation that she had always envisioned Dumbledore as being gay. Perhaps the racial diversity in Harry Potter has also been there all along.

While it’s interesting to ruminate on this, and I can’t help hoping that J.K. Rowling really did imagine Hermione as black, it actually isn’t that important whether or not the characters were originally written as white. Artists’ reinterpretations of racially diverse Harry Potter characters still force us to reevaluate our default assumptions that all characters are white, and will hopefully inspire future authors to include more people of color in their books.

More like this
'Bridgerton' S3 Teases Exciting Social Season For Penelope Featherington
By Bustle
The 'Lady Chatterley's Lover' Book Leaves Us With A Troubling Question
By Catharina Cheung
‘The Mosquito Coast’ Book Ending Includes A Major Character’s Death
By Brad Witter
The 'Firefly Lane' Book Ending Teases Way More Tears To Come In 2023
By K.W. Colyard
Get Even More From Bustle — Sign Up For The Newsletter