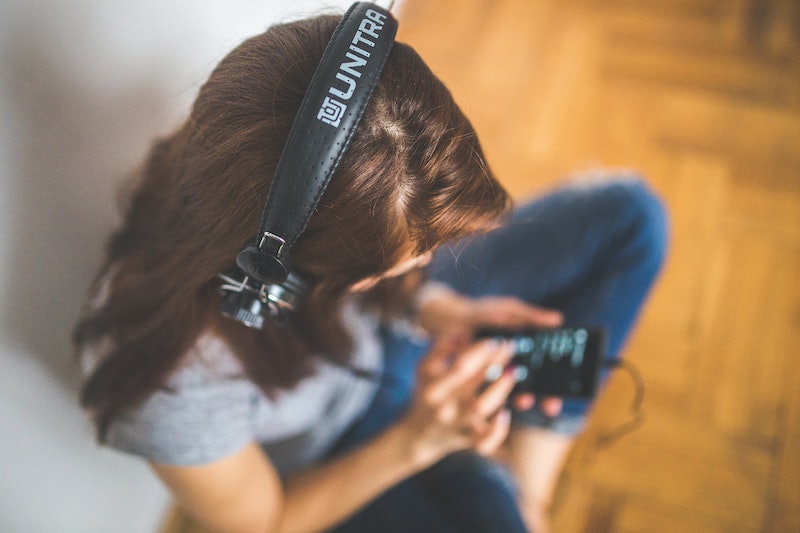 Although our preferences might vary, a lot of us — most of us, I might even guess — probably like to have something playing in the background while we work. But what's the best soundtrack to work to? Unfortunately it's probably not your latest, carefully constructed Spotify playlist: A recent study found that nature sounds help us focus, thereby boosting our productivity, particularly in open office environments. If you don't typically listen to the trickling sounds of a relaxing waterfall or the delicate chirping of birds… well, maybe it's time to change your tune. Literally.

Whether or not the shift towards open office plans is a good one has been increasingly up for debate. My personal experiences with open offices have been terrific, so I'm pretty pro-communal-workspace; however, Lindsey Kaufman of the Washington Post offered some compelling evidence back in December that suggests open office plans might not be all they're cracked up to be. One of the points Kaufman makes is that, although open offices are a little more egalitarian, they also make it much harder to concentrate. There's just so much chatter and activity that productivity sometimes suffers.

So, the question, then, becomes this: What can we do to boost productivity in a busier environment? The Rensselaer Polytechnic Institute's researchers wondered whether playing a particular type of background noise might help — that is, what's the ideal office soundtrack?

In order to figure it out, they assembled a group of 12 participants in an open office setting and assigned them tasks that required a great deal of focus and concentration to complete. Then, they had the participants complete those tasks in three different conditions: One with standard office noises like printers, typing, and voices playing in the background; one with those office noises masked by white noise; and one with the same office noises masked with the sound of natural flowing water (think burbling brook, rather than leaky faucet).

Although there was no difference in the participants' cognitive performance between the white noise condition and the water sound condition, it's definitely worth noting that participants listening to the water sounds were able to refocus themselves much faster after being distracted. Six of the 12 participants also said that they liked the water sounds best; complete silence was the second most popular pick with five votes (so here's my question: Who's the rogue participant that picked one of the other two options?).

Of course, the fact that the study featured only 12 participants is somewhat problematic. As far as sample sizes go, that's tiny. Beyond tiny, even. Microscopic. But even so, the findings suggest that we might be able to boost our productivity just by playing the right noises in the background. It certainly warrants more research — maybe we can even scientifically engineer the perfect work soundtrack.

In the meantime, I leave with an old classic, the eight-hour-long Irish waterfall video by Johnnie Lawson. It's already helping countless numbers of people fall asleep, so maybe it might help us all focus a little better at work, too.