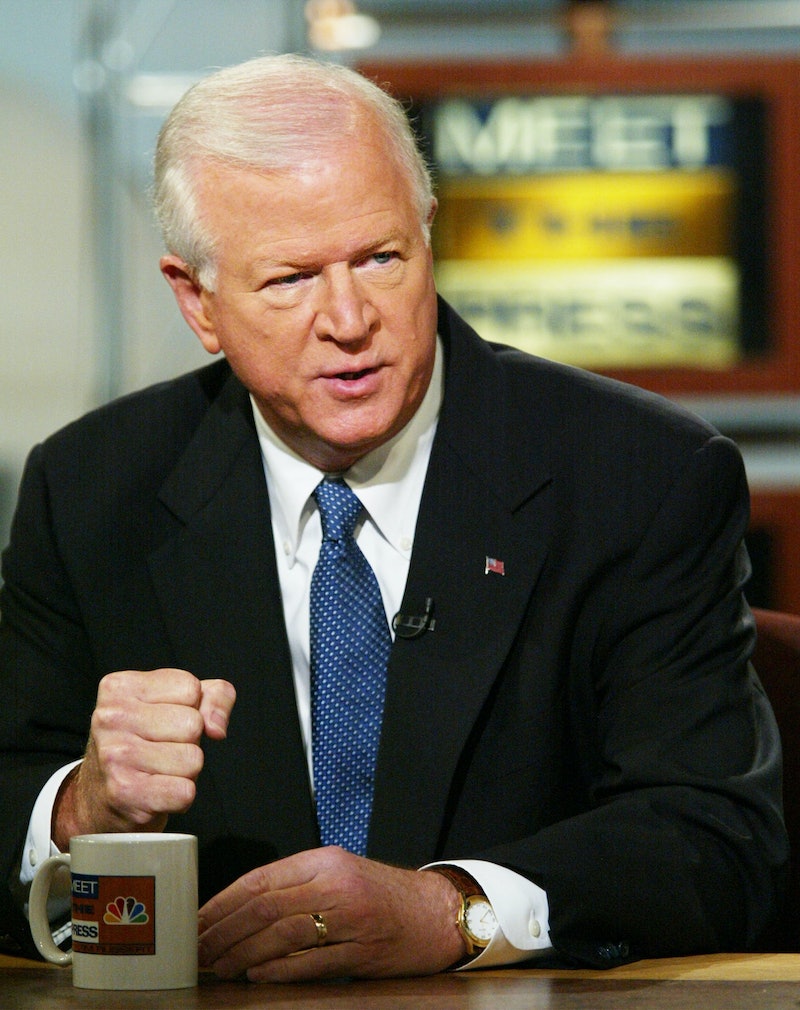 The Congressional conversation on military sexual assault continues today, with representatives from both parties scurrying to distance themselves from Republican Sen. Saxby Chambliss’ ever-thoughtful, sensitive, and oh-so-nuanced scientific reasoning.

"The young folks that are coming into each of your services are anywhere from 17 to 22-23. Gee whiz – the hormone level created by nature sets in place the possibility for these types of things to occur,” Chambliss said Tuesday.

CNN reports that both Republicans and Democrats have issued statements in response to his implication that sexual assault is a simple case of the birds and the bees. In a “natural" order of another sort, Rep. Debbie Wasserman Schultz (D-Florida) went on MSNBC this morning, calling for Chambliss to apologize.

"For a United States senator, or anyone, to write off sexual assault and the personal violation of a woman or a man to the raging hormones of youth shows just how dramatically out of touch the Republican Party is," Schultz said.

As Amanda Terkel at the Huffington Post points out, there’s no word yet on whether Darin Haas or Jeffrey Krusinski, the high profile men behind the legislation that finally prompted these Senate Hearings, will use the “youth will be youth youth” line of defense – they are, after all, both in their 40s.