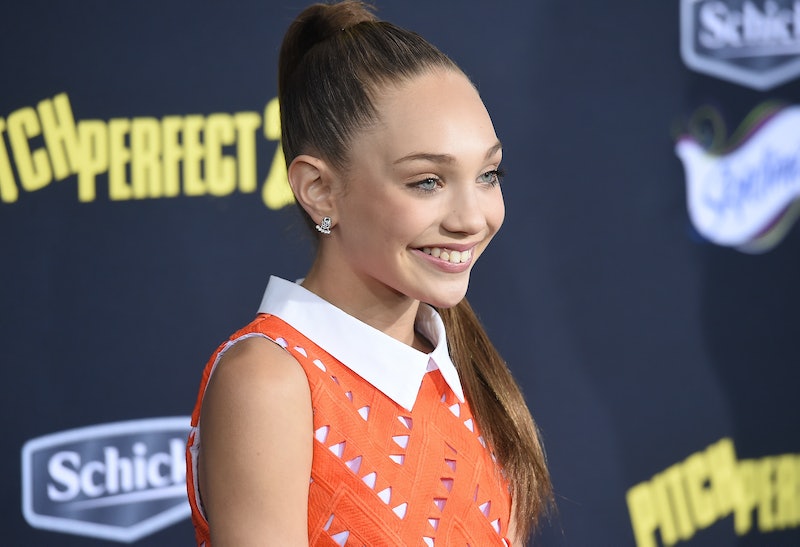 At this point, you would be hard-pressed to find anyone who hasn't watched the cultural phenomenon that was Sia's video for her song, "Chandelier." Aside from being a massive hit on the radio, the music video itself launched a new star: Maddie Ziegler. At only 12 years old, this young dancer impressed everyone with her emotional moves that erred on the line of creepy and disconcerting, and were completely mesmerizing. Now that Maddie is becoming a star in her own right, I naturally have some questions about the extremely talented young lady. I know her mom and sister are featured prominently on Dance Moms, but how many other siblings does Maddie Ziegler have?

If you've been living under a rock, you should know that Maddie encounters her biggest competition on Dance Moms in the form of her younger sister, Mackenzie. In the world of dance and reality television, Mackenzie has also gained her own following, as has their mother, Melissa. Through the show viewers have learned a lot about the girls and their dance careers, but there are definitely things many of us newer fans don't know. For instance, did you know that Maddie has four siblings in addition to Mackenzie? Who is the rest of the Ziegler clan and what do they do?

We already know that 11-year-old Mackenzie is on track to become just as big of a dance star as her older sister. Aside from dancing, Mackenzie loves to sing and released a pop album, Mack Z , in 2014. The album actually hit #1 on the iTunes pop chart, and while she might not have picked up on the Top 40 charts, you must remember that this girl is only 11 years old. She has plenty of time to work on more projects.

In addition to Mackenzie, Maddie also has three brothers and one other sister. Her older half-brothers, Tyler and Ryan, are from her dad Kurt Ziegler's first marriage. Her 19 year old brother, Tyler, seems to be getting quite the social media following, with his frequent shirtless selfies and photos with his famous sisters. I can't blame him — he's a teenager and using all his connections, right? His brother, Ryan, pops up in some photos but doesn't appear to have his own social media. They all seem pretty close, and Tyler often calls his younger sisters his best friends. Aww.

Maddie also has two other step-siblings, Mathew and Michele Gisoni, from her step-father Greg's previous marriage. I can't find too much information on the Gisoni family's life before they married into the Ziegler's family, but it's clear that this family is big and there is a whole lot of love within it.

More like this
5 Wild Theories About Miley Cyrus’ “Flowers” Music Video
By Jake Viswanath
Hilary Duff's Husband Matthew Koma Has Her Name Tattooed On His Butt
By Jake Viswanath and Stephanie Downs
Cruz Beckham Teased New Music With An Adorable Nod To Mom Victoria Beckham
By Stephanie Topacio Long
"Lavender Haze" Star Laith Ashley Breaks Down Filming With Taylor Swift
By Jake Viswanath
Get Even More From Bustle — Sign Up For The Newsletter
From hair trends to relationship advice, our daily newsletter has everything you need to sound like a person who’s on TikTok, even if you aren’t.