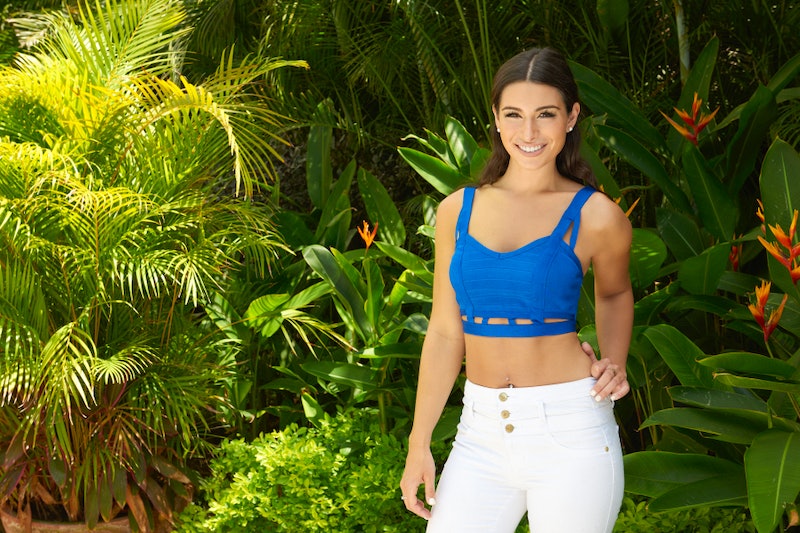 Ashley Iaconetti, the self-described "Kardashian wannabe" whose virginity became a hot topic during Season 19 of The Bachelor, is about to grace our TV screens again this summer. And this time, she is bringing someone with her. Ashley's sister Lauren Iaconetti will be joining her for Bachelor in Paradise Season 2. This means we have all sorts of exciting things to look forward to — namely that two Kardashian doppelgangers will be in Mexico for the drama that is undoubtedly about to ensue.

Lauren is the only Bachelor in Paradise cast member who has not appeared on The Bachelor or The Bachelorette, and the sisters reportedly come as a package deal — meaning that if one of them gets eliminated, they'll both be packing their bags and leaving the paradise of sunny Mexico. We know a lot about Ashley thanks to her participation in Season 19, and, as someone who has only recently begun following the franchise, I've found her more impressive than I expected. She penned an insightful essay for Cosmopolitan about the overplayed and simplified tropes of "slut versus virgin" and her social media accounts have become my latest guilty pleasure.

Since Bachelor in Paradise is Lauren's small screen debut, we know considerably less about her than any of the other cast members. All that's about to change, but based on her social media presence, I think it's safe to say her sense of humor combined with her fierce protectiveness of her sister is going to make for some great TV. Here's what we know so far:

She's Not Afraid To Ask The Tough Questions

I think a docu-series is... less of a guilty pleasure than a reality show.

She Offers Her Dating Insight

I will remind myself of this, too, Lauren.

She Has A Dog Named Lucy

And Lucy is pretty darn precious and adorable! Is it too late to fly her to Mexico as well?

Her Sense Of Humor Seems Solid

After her stint on Bachelor in Paradise, I bet she's going to have a whole new group of people to tell her therapist about. I hope they saw this Instagram post and consider themselves warned.

She Loyally Watched Her Sister On The Bachelor

... and she wasn't afraid to say when she thought it was cringe-worthy. If you can't count on your sister for her brutal honesty, who can you really rely on for candor?

Her Halloween Costume Game Is On Point

I really hope Lauren brought all this makeup to Mexico to break out at the least expected time. Just, you know, to keep things interesting.

And She's Fiercely Protective Of Ashley

This could lead to some drama in the upcoming season if she feels Ashley is being mistreated by anyone.