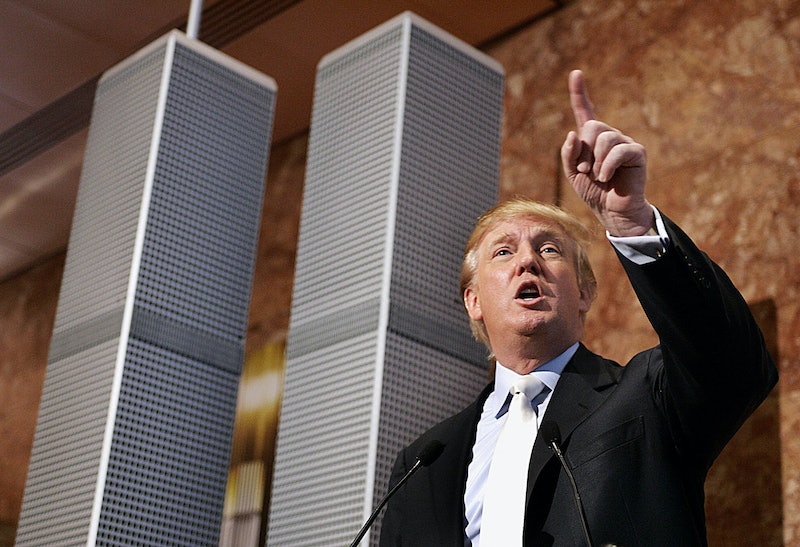 It's true. I'm not a real New Yorker yet. I've only been living in the city for less than three months, but I consider it a wonderful place where I'd be happy to settle. I'm even a little protective of it already, so when Donald Trump says offensive things about New York City, it makes me like him even less.

Granted, Trump makes offensive statements about a lot of things — immigrants, women, other politicians, to name a few. I could probably point to any spot on the globe and find a horrible Trump quote on it, especially if that spot happens to be Mexico. However, I suppose I thought New York would be an insult-free area for the reality TV host-turned-presidential-candidate. Trump is from Queens and is famous for his giant Manhattan business projects. Trump Tower, the family glory that he tweets about 12 times a day, sits on Fifth Avenue.

Trump's history with New York doesn't change the fact that he's made a lot of comments that should give a true New Yorker pause. I think he needs to watch Breakfast at Tiffany's or listen to a hit by either Frank Sinatra or Taylor Swift, depending on what his taste is. For the New Yorker in you, whether you grew up in Manhattan or visited one time in middle school, here are Trump's cringeworthy tweets on New York.

I'm sure everyone in New York City really appreciated how Trump saved them from mediocrity. We should give him a key to the city.

On the New York Daily News

It's likely that he's talking about The New York Daily News, and New Yorkers can be pretty touchy about their impressive portfolio of NYC-based news outlets, from The New York Times and The New Yorker to New York Magazine. (That love is almost as strong as New Yorkers' choice words for the Empire State Building and their bagels and cronuts.)

As New Yorkers remained shut in from a freezing blizzard, they probably didn't appreciate Trump diminishing their struggles with a weird and untrue claim about President Obama.

Calling Trump Tower the masterpiece of New York is pretty insulting. Frank Lloyd Wright would certainly be very upset at this news.

Anna Wintour must be furious. Trump can say goodbye to a runway walk of his monochromatic ties.

Because that's what a natural disaster really is: an advertising opportunity.

On Ebola In NYC

Way to calm everyone down, Trump. What New Yorkers really need is to wonder if they're going to get ebola from their Uber drivers.

It's insulting to New Yorkers for Trump to imply that they would vote for him.

Trump is encouraging tourists to come to Manhattan? New York is crowded as it is. That's a really good way to get New Yorkers to hate him.

If he hasn't gotten the Hispanic vote yet, it's locked down now.

I think New Yorkers should just forget that Anthony Weiner ever happened. Trump might start an investigation into finding the women who received photos from him.

Because Donald Trump has to worry so much about crime. Someone might grab him by his peacoat in the middle of Trump Tower.