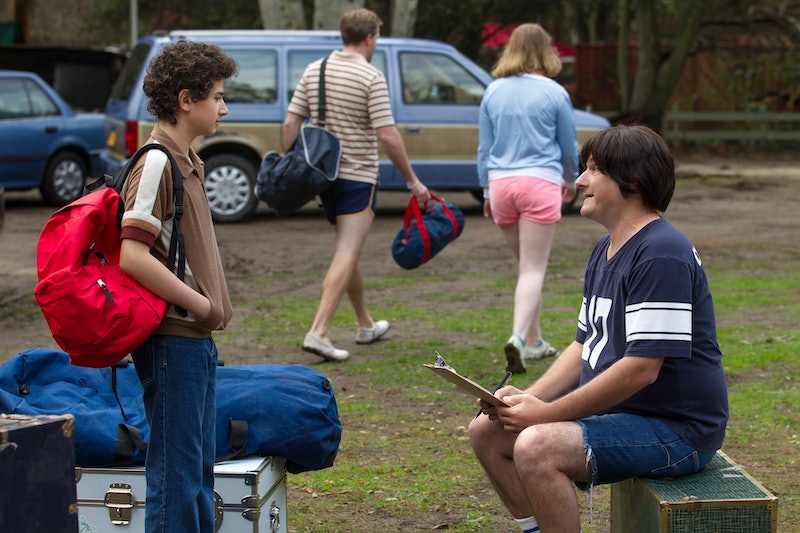 While Camp Firewood may have been inspired by real-life camps, there is no actual Camp Firewood. Entertainment Weekly spoke with the creators for First Day of Camp and reported that Wain went to Camp Mohawk in Massachusetts and Showalter went to Camp Modin in Maine (the fictitious Camp Firewood is located in Maine). The movie and the series were never filmed in New England, as director of Wet Hot American Summer Wain told Variety that, "We shot the original movie in Camp Towanda in Honesdale, Pennsylvania," and for the Netflix series, they shot at "Calamigos Ranch, sometimes known as 'The Biggest Loser' Ranch" in Malibu, California.

Regardless of where Camp Firewood is filmed, it still feels real despite the preposterous scenarios the series showcases. While you might not be able to relate to toxic waste turning the head counselor into a can of vegetables, the teenage counselors' libidos, the camp bullies in the bunks, and the vigorous audition process for the musical production of Electro City (run by Amy Poehler's Susie, Bradley Cooper's Ben, and my favorite new addition to the series — John Slattery's Claude Dumet) all ring true. And, because of the creators' own past experiences with camp, one moment that Showalter actually lived through as a child at camp made it into the prequel Netflix series. (And it's a scenario fans of the film They Came Together — also from the minds of Wain and Showalter — should recognize too.)

One hilariously disgusting and memorable scene from First Day of Camp involves Showalter dressed up like a Mrs. Doubtfire-like character (Miss Patty Pancakes) wielding a camper's swim trunks filled with feces on a stick. While this elaborate scenario didn't actually happen at Camp Modin, Showalter told Entertainment Weekly that the pooping in the swim trunks situation happened to him when he was around 10 years old at camp. He hid his swim trunks in the bushes after going number two in them, but his fellow campers discovered them and called him out since his name was in the bathing suit.

"I said the most ridiculous lie known to man, which is: ‘Someone must have stolen my bathing suit, took a s–t in my bathing suit, and then hid it in the woods. And I’m insulted that you would even think that that’s not what happened,'" Showalter said of the embarassing event.

In the sequel, Showalter's camp counselor Coop saves an awkward new camper, Kevin, from that exact same embarrassment by transforming into Miss Patty Pancakes, an older woman who claims to have pooped in some of the campers' bathing suits. Showalter used his own humiliating experience in the second episode of the Netflix series, and then elevated it to a whole new bizarre level that would never happen at an actual camp.

But, that's what makes the Wet Hot American Summer film and series so amazing — its mix of the nonsensical with the relatable. And, while most of the plots of First Day of Camp are nowhere near anything like the real world, those glimmers of truth have helped connect fans with the world of Wet Hot American Summer for over 14 years — and now with the new material in the Netflix series, for even more years to come.