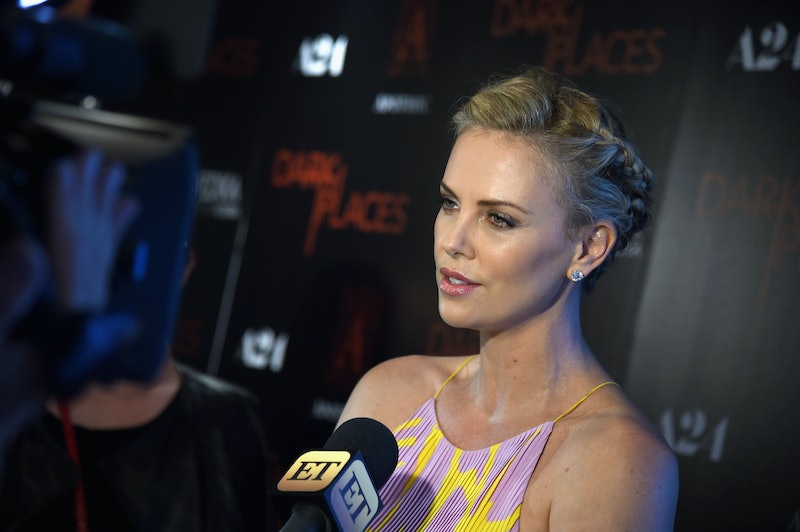 Fresh off the success of Mad Max: Fury Road, it looks like one of Hollywood's biggest names may have just adopted her second child: Specifically, People Magazine is reporting that Charlize Theron may have adopted a baby girl named August. According to Us Weekly, Theron adopted August in July, and she will be the sister to Theron's oldest son, Jackson (who the actress previously adopted in 2012). Jackson, like Theron, was born in South Africa, while August was reportedly born in the United States.

Theron is currently single, though she recently split from longtime boyfriend Sean Penn. According to a report in Us Weekly, the former couple may have had plans to adopt together — until Theron allegedly simply stopped responding to Penn's texts and calls, sufficiently ghosting him to single's land. Unfortunately for the ex-couple, they recently had to re-shoot scenes of their movie The Last Face together — super awkward, yes, but Theron was hopefully able to get over that by focusing on her new child.

Theron has previously stressed the importance of motherhood and adoption in her life, as well as the role of helping others. She is a devoted humanitarian, working to fight against AIDS in her native Africa. In a recent interview with W Magazine, she revealed that having one child made her a more dedicated activist:

I look at Jackson and I want to fight harder to stop AIDS and tell stories that shed a light on injustice. I feel like he deserves a better world...I do know that choosing to be a mom in my late 30s has been really great for me. It’s given me perspective.