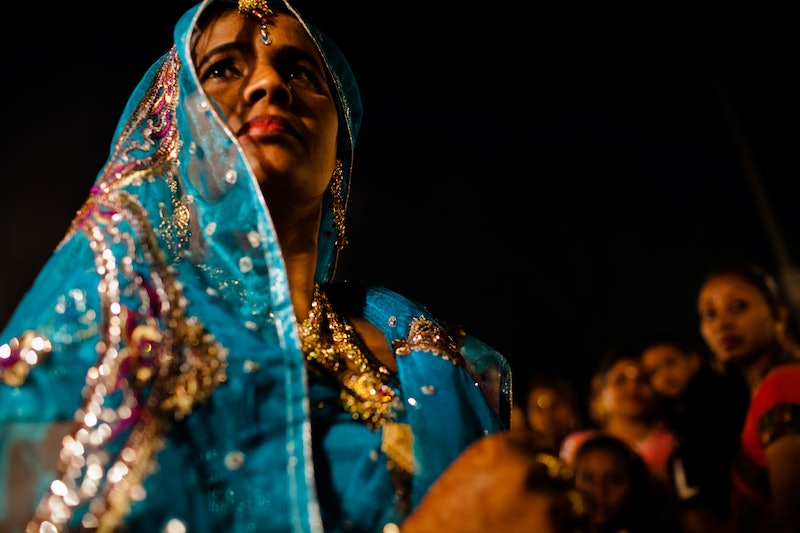 About one out of every eight Internet users in India is signed up on one of the country's so-called "matrimonial websites." These are the Indian version of online dating sites like Match.com but with the understanding that "the first meeting between two paired users will be to chat about their wedding," writes P. Nash Jenkins. Jenkins is an American man living in India who discussed the trend for The Atlantic after signing up briefly with matrimonial site Shaadi.com.

Shaadi.com is one of India's three most popular marriage sites, according to Jenkins, along with Jeevansathi.com and BharatMatrimony.com. A commercial for Bharat Matrimony's personalized service touts marriages that are not arranged but "assisted!" There are more than 100 Indian websites comprising India's online matrimonial market, notes Jenkins.

... an individual can browse for his or her ideal spouse among a catalog of potential candidates organized by the personal information that apparently matters most: religion, caste, income, fairness of skin, family background, and so on. Imagine eHarmony if it cut to the chase. Unlike online dating services, which at least superficially foster some sort of romantic connection, and which are effectively nonexistent in India, matrimonial websites are predicated on the idea that the first meeting between two paired users will be to chat about their wedding.

Jenkins seems quick to paint the websites as little more than arranged marriages-lite, based in part on one personal encounter with a woman whose profile was written by her parents. But the fact that these matrimonial sites are so popular points to the fact that more young Indians aren't being set up for marriages by others — most of the users, says Jenkins, are urban, middle-class young Indians.

And while the sites are geared toward the marriage-minded, they're not all that different from American dating websites, especially the more relationship-oriented ones. Users message each other first. They meet for a date. There's nothing saying they have to immediately decide to marry or do so in any time frame.

"It wasn't an instant click and marry," wrote one commenter on The Atlantic article, who met his wife through Shaadi.com while living in India, "We dated for a couple of years, me going to her family's house for lunch almost every Saturday, before actually getting married."

More like this
How Does The Hinge Algorithm Work? An Insider Explains
By Lexi Inks
Bumble's "Compliments" Feature Lets You Message Before You Match
By Lexi Inks
This AI Filter Shows How You’d Look In Different Time Periods
By Alexis Morillo
65 Funny Dares You Can Send Your Friends Over Text
By Siena Gagliano
Get Even More From Bustle — Sign Up For The Newsletter