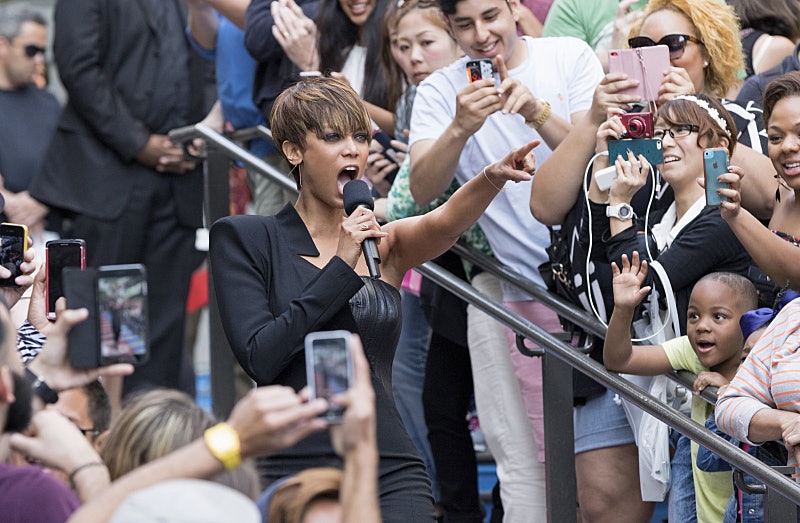 In a day and age when most series only last four or five seasons, the fact that we're about to embark upon the twenty-second season — excuse me, "cycle" — of America's Next Top Model is nothing short of amazing. By now, there are enough Top Models to start a baseball league and have two teams play each other. When ANTM Cycle 22 premieres on Aug. 5, it's guys versus girls: Seven men and seven ladies — of varied heights, since the regular height restriction has been lifted this year — will compete against each other for the big modeling treasure at the end. But, what is America's Next Top Model 's prize package this year?

As usual, the grand prize is a mix of prizes aimed towards getting a modeling career up off the ground. There's some career opportunities, some fun swag, and some cold-hard cash. But, one word of warning: This year's model better have nice feet. This year's new fashion luxury partner is Zappos Couture, so the models better be able to work a runway and do it in some fabulous shoes. According to The CW, here's exactly what's in this year's prize package.

A Modeling Contract With Next Management

As always, the prize package comes with a modeling contract. That makes sense — models want to model, after all. Next Management gets its talent onto the covers of magazines like Vogue, Marie Claire, and Harper's Bazaar, so it's not a bad place to start a career.

A Fashion Feature In Nylon

I don't know if the winner is going to get anything as exciting as a feature focused on fashion's devotion to pizza. But, Nylon is quirky, and often comes up with that kind of out-of-the-box story. I bet, no matter what the subject is, it's going to be a fun shoot. And, the model won't have to worry about Tyra Banks showing up and making it more complicated somehow with some sort of challenge.

Now this is what I'm taking about. The modeling contract and feature is all well and good, but the money is the real life-changer. (Oh, what I could do with an extra 100 Gs. I could make that stretch so far.) With that money in the bank, you can really do whatever it takes to get a modeling career up and off the ground without worrying that you'll find all your possessions on the sidewalk after not paying rent. The Top Model just has to make sure that the prize money isn't all blown in the Zappos Couture closet.

Guy or girl, whoever the winner is after America's Next Top Model Cycle 22, she or he had better know how to make a pair of shoes look good. As the face (and feet?) of Zappos Couture's relaunch in 2016, there's going to be a lot of shoe modeling going on. Tyra is all about h-to-t modeling — that's head-to-toe modeling for those who don't watch to absorb Ms. Banks' wisdom — so this year will probably emphasize the "t." Get it, models!