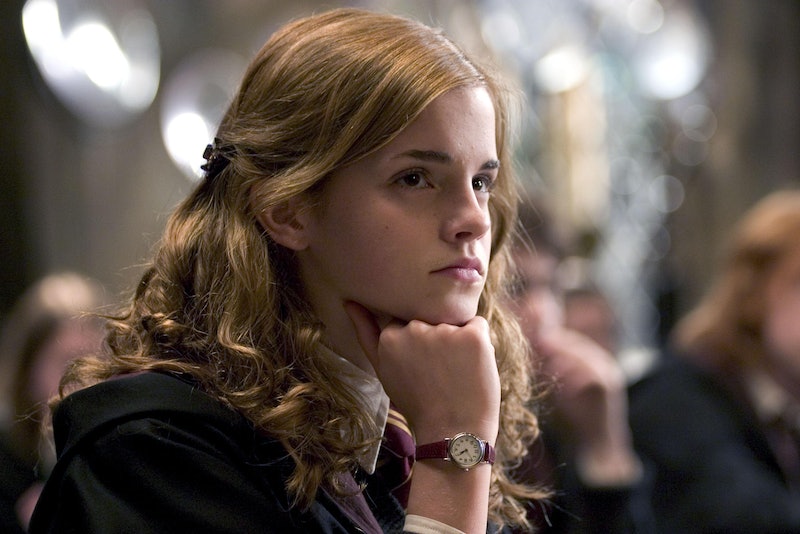 Being a hardcore Harry Potter fan isn't easy. There's the time and money spent on all those books, movies, and costumes (wands are expensive!), the effort put into spell-learning and Quidditch practice, and, of course, the not-always-great reactions from other people who just don't understand why when ABC Family starts a marathon, it means that not leaving the house for a solid 12 hours. Non-fans just don't understand what it's like to be obsessed with the works of J.K. Rowling, and sometimes, it can be frustrating to hear what they think about your choices. Just ask these 21 Harry Potter fans, who, while attending PotterCon in Brooklyn on Aug. 1, shared the biggest misconceptions people have about them based on their love for the series.

As you'd expect, people were passionate. Some jumped at the chance to refute the claims they've heard people make about them, while others took more time to determine the assumptions that bothered them the most. All of them were just excited to have a chance to talk about Harry Potter while attending a Potter-themed event alongside Potter-loving peers, and could you blame them? PotterCon, an annual NYC-based event featuring trivia, costume contests, cocktails and more based around the beloved series, garnered hundreds of guests, all of them seemingly thrilled to be spending their day talking spells, wands, and Neville Longbottom's journey through puberty.

And, of course, venting their frustrations. Here's what the biggest misconception is about Harry Potter fans, according to 21 Pottercon attendees:

Alyssa, 25 — "Everyone Thinks We Love The Snape + Lily Storyline... When Actually It's Super Creepy"

For the record, her full shirt said "I solemnly swear that I will smash the patriarchy." Badass.

Considering the event was 21+ and hundreds of people attended, it's hard to imagine people still think this.

Being a Gryffindor is cool and all, but Hufflepuffs and Ravenclaws (let's just ignore those Slytherins) deserve respect, too.

Apparently, this is a very popular misconception, as a group of fans echoed Mishal's statement soon after.

Do you think evil wizards would draw adorable pictures of snakes? Nope.

You don't have to be a cliche "nerd" in order to love Harry Potter — although there's absolutely nothing wrong if you are.

Personally, I didn't realize this was a common misconception, but I'll admit, that nose is terrifying.

There's no bad blood between the Potter and Star Trek fandoms.

Said the girl in the Slytherin shirt.

It seems that just like wands, no two Harry Potter fans are alike. When it comes to judging the Muggle members of the wizarding world, your best bet is just to not do it — you wouldn't want to risk being the subject of an Unforgivable Curse, now, would you?

More like this
At 14, Jenny Han Wrote Rom-Coms About Her Friends & Fan Mail To Leo DiCaprio
By Alyssa Lapid
The 'Spiderhead' Movie Ending Is Nothing Like The Short Story It’s Based On
By Morgan Leigh Davies
The 'Hocus Pocus' Sequel Finally Has A Release Date & It Makes Total Sense
By Shannon Barbour and Radhika Menon
Everything To Know About 'The Hunger Games' Prequel Movie
By Grace Wehniainen and Radhika Menon
Get Even More From Bustle — Sign Up For The Newsletter