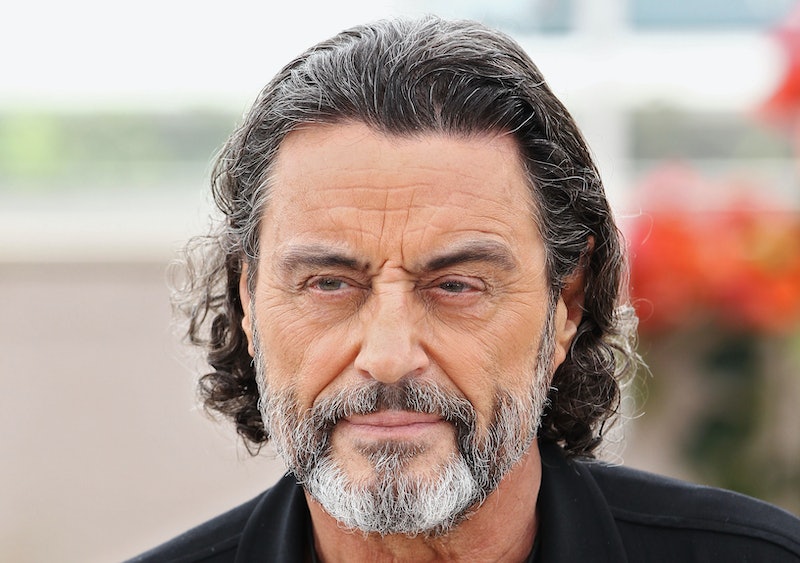 Praise the Seven, this is best GoT news ever: Entertainment Weekly revealed Game of Thrones Season 6 has cast Ian McShane in a mystery role. McShane, who is best known for playing Al Swearengen on HBO's late, great Deadwood, will take on a small but pivotal role in the upcoming season of Thrones. EW reports will viewers will only see him on-screen for a limited time in Season 6, but it's a role that will likely lead to more screen time in the future. McShane is one of the most high profile actors Game of Thrones has ever cast. While the series tends to go for actors who are largely unknown, McShane has a face that is instantly recognizable to fans of prestige dramas. Currently, he's finishing up an arc on Showtime's Ray Donovan, but soon he will bring his gift for monologuing to Westeros. But who will McShane play?

There are several possible book characters the actor could play, although there is one role that makes more sense than the others, which I'll get to in a moment. No matter what part he plays, McShane will bring a gravitas to the role that will fill up the screen. Before I dive into the men the actor could be bringing to life, take a second and remind yourself of just what kind of talent Game of Thrones has enlisted. Ready? Let's do this.

Casting breakdowns from Watchers on the Wall report Sam's intimidating warrior of a father Randyll Tarly could appear in Season 6. Described as "humorless, intimidating, and one of the greatest warriors in Westeros," McShane could easily slip into the role. Randyll is a man who threatened his son with death if he didn't go to The Wall, and McShane can certainly strike fear into the hearts of...well, everyone. While Randyll may only appear once or twice next season, the fact that he is both one of Westeros' greatest warriors and in possession of a rare Valyrian steel greatsword definitely speaks to the possibility of a larger role to come.

I am a little skeptical about the idea of McShane as Theon and Yara's Uncle Victarion simply because the actor seems better suited to play their other uncle, Euron. There is one reason why Victarion cannot be ruled out, though: his dialogue. Victarion may have been cuckolded by his big brother (and then beat his wife to death — yeah, the Greyjoys have a lot of issues), but he has a way with words. He also has a Red Priest of his own and a taste for vengeance.

I can just hear McShane saying lines like, "There is no wine so sweet as wine taken from a foe. One day I shall drink your wine, Crow’s Eye, and take from you all that you hold dear." The actor could definitely make Victarion feel like a real threat.

There has been quite a bit of murmuring about Bran having visions of the past next season, and he could very well see his grandfather, who was burned alive by The Mad King. McShane has the look of a Stark, that's for sure, but unless Rickard knows something about Jon's parentage, a vision of him is unlikely to be pivotal. Also, it would mean McShane's role was a one and done, and who wants that?

Another longshot, but it would be so cool for McShane to show up as Coldhands. The mysterious dead man beyond the wall appears to be something like a white walker, but not quite. His hands are black thanks to the congealing of blood, but despite his creepy appearance, the character is keen on helping Bran on his quest. Granted, most of his story has been skipped over, but McShane could play the creepy, wise character with ease.

If I were the betting type, I would go all in on McShane playing the slightly mad, powerful pirate Euron Greyjoy. The man cut out the tongues of all of his crewmen so no one would ever hear his ship, The Silence, coming. He has sailed to places men have not dared to go to in many, many years, and he is set to be a major player in the final chapters of Game of Thrones. One of the first things Euron ever does in the books is give a rousing speech at the kingsmoot. He is a ruthless, vicious man with a silver tongue, and if McShane is playing him, the Academy had better ready his 2016 Emmy now.

Those are my picks for who the great McShane will be playing on Game of Thrones, but the show really can't go wrong here. Just knowing McShane is on-board for Season 6 is more than enough to have me wishing for winter.