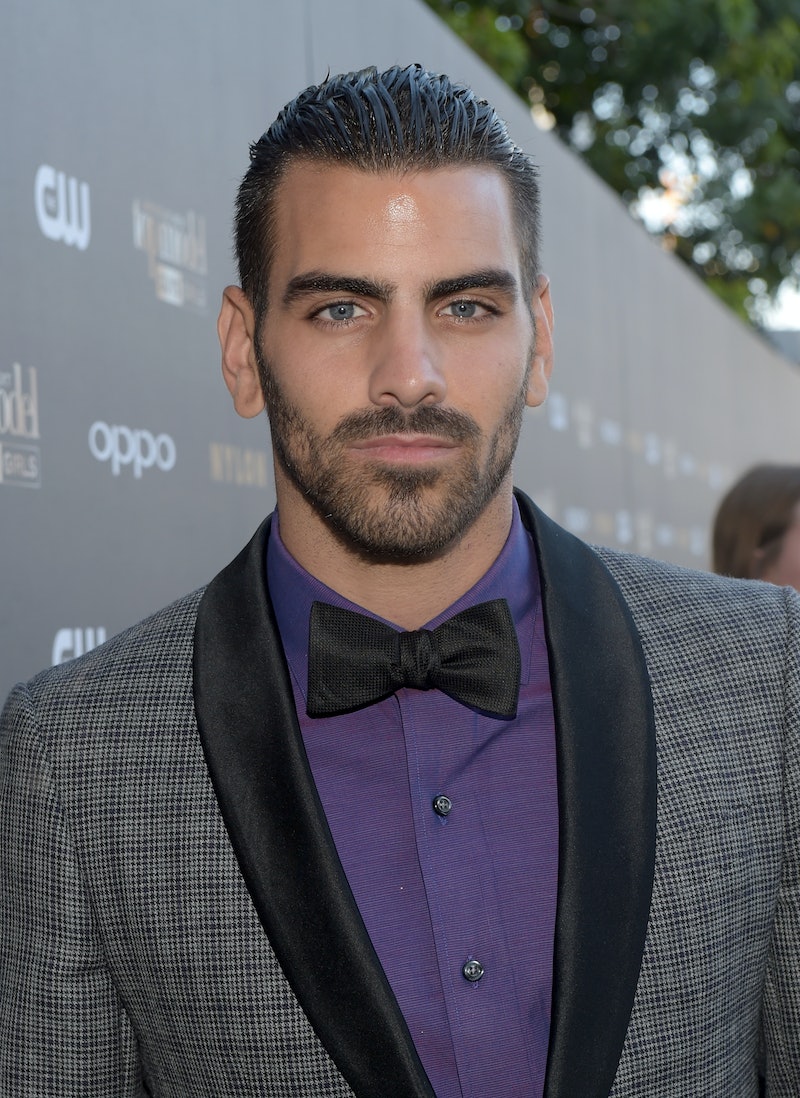 When you get to the 22nd season of a reality competition, as America's Next Top Model has, you have to wonder if you've tapped all of the talent that is out there and undiscovered already. The CW will air the newest cycle of the show on August 5, but are there any aspiring amateur models worth their salt who haven't been put through Tyra Banks' ringer already? They can widen the field by doing things like adding in guy models and lifting the height restrictions — both of which were done for this season — but does that help at all? The answer is: ANTM is in no way hurting for talent. They're still finding really interesting aspiring models to put through Miss J's runway bootcamp. Take, for instance, Nyle DiMarco, a contestant who represents a first for America's Next Top Model . But, who is he and what makes him so special?

You won't be able to tell from his publicity photograph what makes him different from all of the other contestants. (And that publicity shot is pretty revealing, is it not?) He looks like all of the other wannabe models. But, here's everything you need to know about Nyle DiMarco going into Cycle 22 of ANTM — and why what sets him apart can also make him a winner.

Let's start with the basics: According to a press release from The CW, he's a 25-year-old model from Washington DC. That's a little bit different — he's not from NYC or LA — but that's not really super original for the show. The models come from all over. So, what really sets him apart?

There it is. According to his bio, he graduated from Gallaudet University (a school for the deaf) and reads lips extremely well (which seems really, really hard to do, especially when a photographer has a camera in front of his or her face). He thinks knowing American Sign Language might actually give him a leg-up in the competition. "American Sign Language requires facial and body expressions," he told The Frederick News-Post. "Not only that, your expressions give you the skills to read photographers. You will know if they’re satisfied or not." We'll see if it helps him out.

You May Have Seen Him Already

Does his face look familiar? That's because DiMarco had a role on Switched at Birth. He played Garrett, Travis' friend that dropped out of Carlton. I don't know if the ASL will give DiMarco an advantage in the competition, but it seems like already having mastered a role on a major television show definitely will. I bet he's not scared of having to step in front of the camera to film a commercial like the real green contestants sometimes are.

But, He's Pretty New to Modeling

Despite the acting gig, DiMarco only really seriously took up modeling in the fall of 2014. That's impressive because, if you scroll through his Instagram, it looks like he's already had some meaty jobs. I guess he took to it pretty quickly — other contestants, take heed.

Modeling Isn't His Only Talent

Besides acting and modeling, DiMarco also enjoys teaching. He says he has plans to get a master's degree and might want to return to teaching after his modeling career is over. "I enjoy seeing students grow from the beginning to the end," he said in the same interview in The Frederick News-Post. "I have done a lot of teaching practicums and internships. I would love to go back to a deaf school setting and eventually work somewhere in the administration level. Being in the deaf community is my home, and I would love to give back to my community."

He Has A Twin

Don't worry, though, there's no sibling modeling jealousy going on right now. It's not like they auditioned for the show together, like Amanda and Michelle Babin from Cycle 7. Nyle and his brother Nico are twins, but they look nothing alike, even to this day. Still, having a twin means you definitely have someone rooting for you during your cycle of America's Next Top Model. Nyle is lucky!