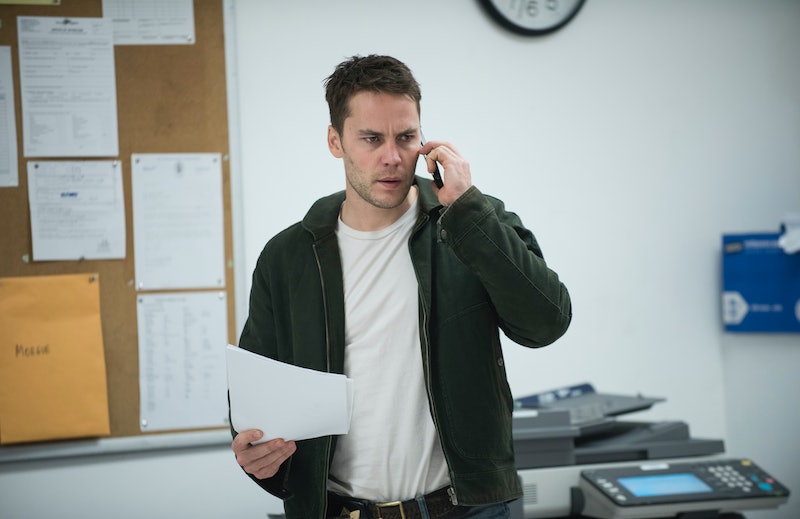 Oh man. I'm still processing a lot of what happened during the penultimate episode of True Detective Season 2. As if just trying to work through all the big reveals in the episode isn't enough already, fans now also have to deal with the fact that Paul Woodrugh dies as True Detective ends for the night, and this doesn't seem to be a Ray Velcoro-type fakeout. Though where were tons of signs that one of the detectives wasn't going to live to the end of the season, I'm really, really sad that Paul was the one to go. Did it have to be our Paul??

Personally, one of my biggest complains about True Detective Season 1 was simply that neither Rust nor Marty died. I know that's a weird thing to say, but considering the gravity of their crazy Yellow King adventure, it felt like one of them needed to die. It would have given us a reason to hate that Yellow King even more. So when both of them were able to walk away from the last episode — though injured, of course — it felt like we were cheated out of some intense drama, you know? True Detective Season 1 took the easy way out.

That's why going into True Detective Season 2, I knew someone wouldn't make it to the last episode. That's just the way intense drama happens on television. The season has also been building to a death all along. There was Ray's fakeout in Episode 2. There was the intense shootout in Episode 4. Ani and Paul both had moments where they said goodbye to the ones they love in this episode. So it was going to happen, and it did.

After a tense chase through the tunnels of Los Angeles, it looks like Paul is going to walk away from the Black Mountain guys once and for all. After he kills them, he makes it outside, where he is then shot dead by Lieutenant Burris. It's an incredibly hard scene to watch, because Paul refuses to go out like this. He literally just took down five special operatives, and now this?

That last shot of him just about to reach for a gun before the final bullet is dealt is so intense, I actually screamed a little bit. His death is especially hard to swallow, especially because of his pregnant fiancee, Emily. She's so excited to have the baby — as we see in those last few moments of the episode — but now she'll have to cope with Paul's death as she prepares to give birth and raise his child. Cue a million tears.

Now heading into the last episode, we're one True Detective down. That means the stakes are that much higher, so I just hope we'll get some answers about this giant Vinci conspiracy before we lose another favorite character.