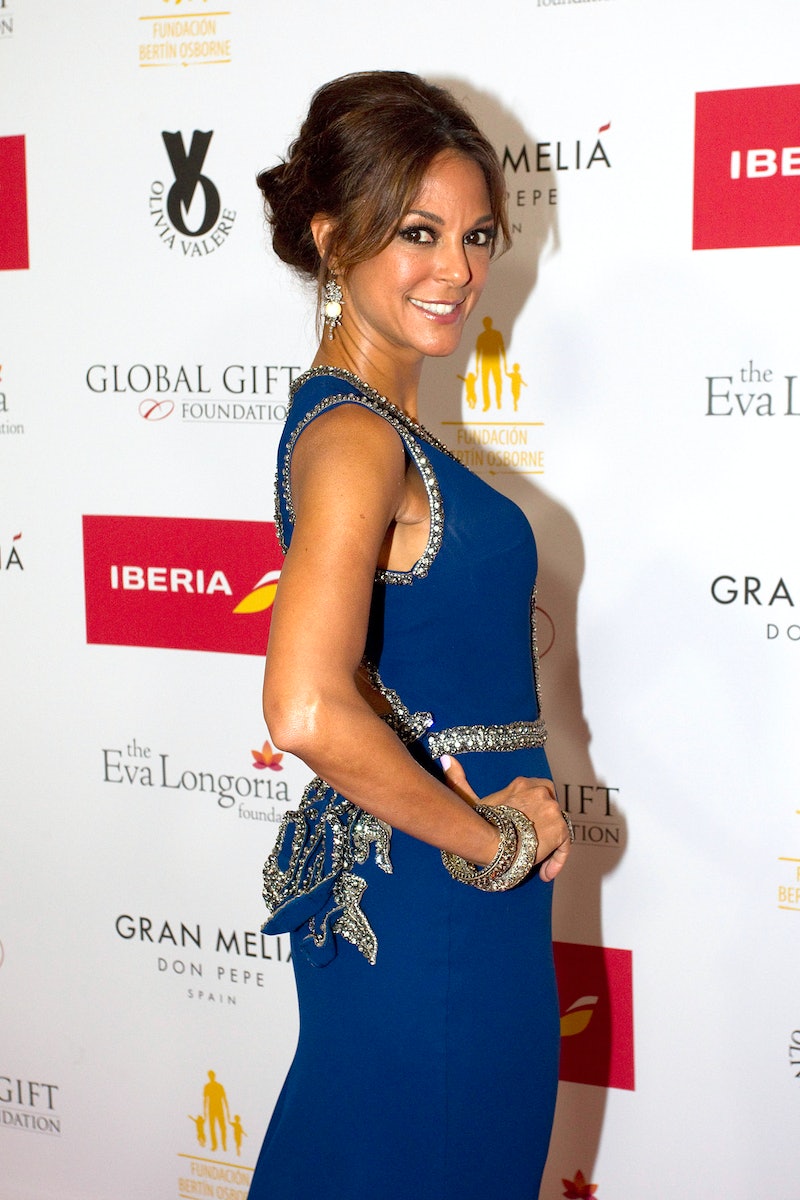 Sorry, Pam (RIP) and Vicky. Frequent hugger and obsessive vacuum-er Danny Tanner has a new wife on Fuller House. Her name is Teri and apparently she has "quite an appetite for Danny," according to TVLine. Even though I'm still heartbroken that Pam died in that drunk driving accident and freaking Vicky moved to Chicago (whatever Vicky, Danny Tanner > career, every time), I am excited to see what the new Mrs. Tannerito brings to the (spotless and carefully de-crumbed) Fuller House table. And based on her character description alone, it looks like fans of the upcoming series are in for a serious, LOL-worthy treat. So, who is Eva LaRue, the actress playing Teri Tanner? Let's take a closer look.

First things first: Eva LaRue made the big announcement last week in a totally chill response to a fan on Twitter. In fact, it was this nonchalant and subtle announcement that inspired me to dig a little deeper into her character and the actress' background. Plus, Full House fans everywhere need to know everything we possibly can about DJ, Stephanie, and Michelle's new step-mom. Who is this woman that Danny Tanner finally deemed The One? He spent the entire OG series searching for that elusive love after Pam, and now, he finally has her. So without further ado, here's everything you need to know about Eva LaRue.

1. You Might Know Her From CSI: Miami Or All My Children

She starred as Detective Natalia Boa Vista on CSI: Miami and won a Daytime Emmy for her portrayal of Dr. Maria Santos on AMC.

2. She's Already Bonded With The Rest Of The Fuller House Cast

Just look at that! She's already such a good stepmom to DJ. I can hear the sappy music playing now.

3. Her Insta Will Give You Major Travel Envy

And LaRue once apologized to Fonda because she "screwed up" the gene pool.

5. She Was Married To John O' Hurley

LaRue was married to Family Feud host/Seinfeld's Mr. Peterman for two years in the early '90s. She's since married (and divorced) twice, but here's to hoping her thing with Danny Tanner is the real deal.

6. She's Latina, But Her Fuller House Character Was Originally Written As A Black Woman

According to TVLine, Teri Tanner's original character description labeled her as "African-American." Clearly, that changed with the casting of Eva LaRue, who is Latina. Still, she brings some much-needed diversity to the cast. I'm also having flashbacks to the episode where Danny dated DJ's Spanish teacher and had to hide in her classroom closet after they made out. Good times.

7. Hopefully, Her Soap Opera Background Will Help Her Bring ~The Drama~ To The House

Since LaRue also starred on All My Children for many years, she knows a thing or two about over-the-top dramatic scenes.

And in case you haven't heard, the Fuller House plot centers around DJ, Stephanie, and Kimmy all living in the same house together. DJ is a widowed mother of three, and her younger sis and bestie, Kimmy, (who has a teen all of her own) move in to help raise her kids. Sound familiar? I'm eager to see how Uncle Jesse, Aunt Becky, Nicky and Alex, Joey, Steve, Danny, possibly Michelle Tanner, and — of course! — Teri Tanner all fit into this arrangement. Roll on, 2016.