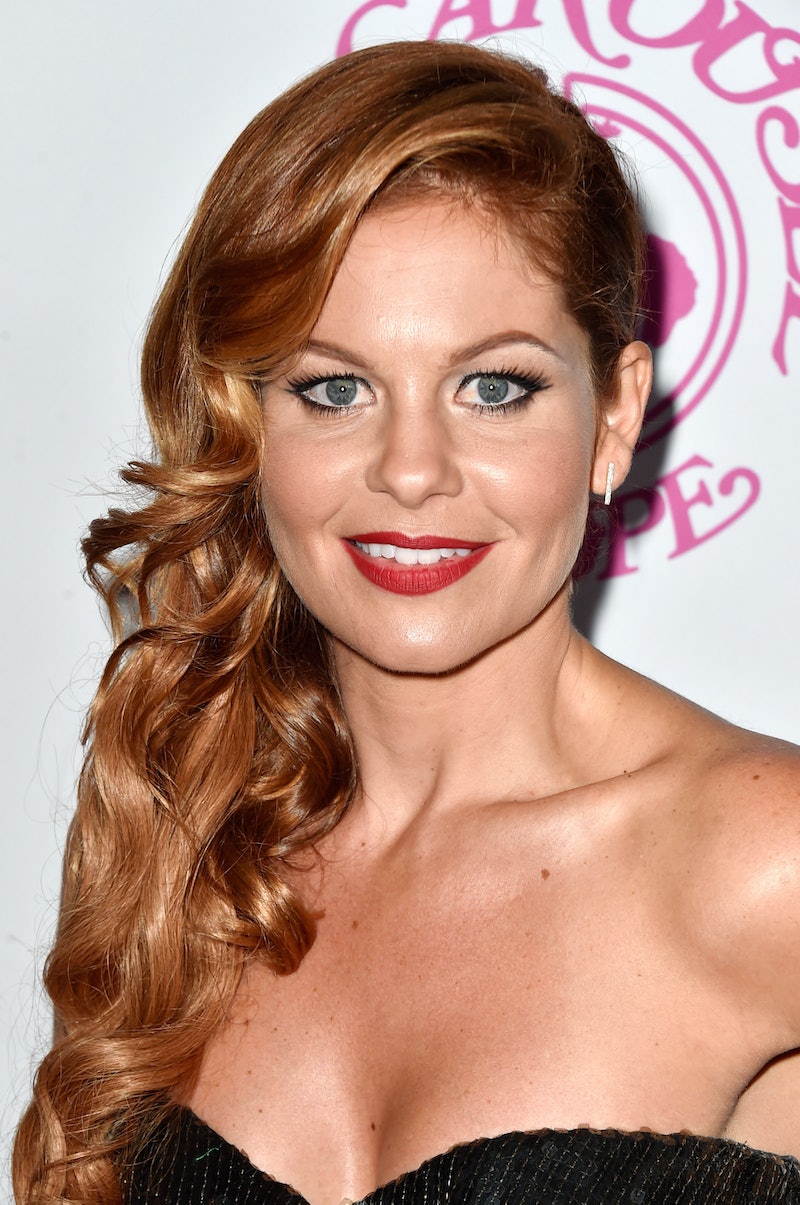 The excitement is mounting for the release of Fuller House, Netflix's Full House sequel. It's officially been twenty years since the original eight-year run wrapped in 1995, and I've been wondering what the characters have been up to. While Mary Kate and Ashley Olsen seem to be sort of done Full House — they're still just "teetering" on joining the reboot — I certainly haven't let the series go. There hasn't been a show as family friendly as it is funny that I have enjoyed since the Tanners left the airwaves. (For real, Wizards of Waverly Place or any Disney show have nothing on Full House.)

Initial plot details about Fuller House were revealed back in April, and closely mirrored the original pilot from 1987:

The revival will premiere on Netflix in 2016 and finds D.J. Tanner-Fuller employed as a vet, pregnant and recently widowed, and living in San Francisco. Stephanie, now an aspiring musician, and single mother Kimmy — along with Kimmy’s feisty teenage daughter, Ramona — all move in to help take care of D.J.’s two boys — the rebellious 12-year-old J.D. and neurotic 7-year-old Max — and her soon-to-arrive baby.

While Stephanie and Kimmy's plotlines remain intact, Candace Cameron Bure (D.J.) recently revealed that some things have been changed up. Plus, other members of the cast have announced details about the show. Here's what the show will really look like:

D.J. is No Longer a Pregnant Widow

"She's actually not pregnant anymore. The baby's been born," Candace Cameron Bure The Hollywood Reporter, "We didn’t start it off quite so heavy so some more time has passed than they originally intended." That is certainly a relief. Pregnant widow is even more tragic, and comedy in that situation might be difficult to navigate. That the baby has already been born leaves more room for humor — giving some space from the initial tragedy, and the opportunity to have a cute baby on the set. And everyone loves a baby on a comedy — think about how much of an asset the Olsen twins were to the original show.

Steve Is Confirmed To Be Alive

"Rest assured, Steve is not dead," Cameron Bure said in the same interview. That is a huge relief. The dream of a reunion between the high school sweethearts is alive! Plus, Steve aged beautifully and is as hot as ever. So glad he's back, and that D.J.'s whiney ex Nelson is not.

Aunt Becky Is A News Anchor, And She's Still Married To Jesse

I breathed a huge sigh of relief when I saw John Stamos' Instagram of Jesse and Becky's wedding bands. The Good Girl from Nebraska/Bad Boy Elvis Impersonator couple were essential on the original show, and it's a relief to learn that their storybook romance is intact. It's also especially exciting now that their twins Nicky and Alex are confirmed to be on Fuller House. Plus, it's exciting that in the past ten years, Becky's career has been going great and she has moved up from a morning talk show to the nightly news. This is everything I dreamed for Aunt Becky, my favorite '90s aunt (besides Aunt Hilda from Sabrina the Teenage Witch).

The new Netflix show promises to give us the Full House we know and love, presenting new storylines and following up on old ones. I can't wait until 2016 — but at least I've got reruns to pour over in the meantime.