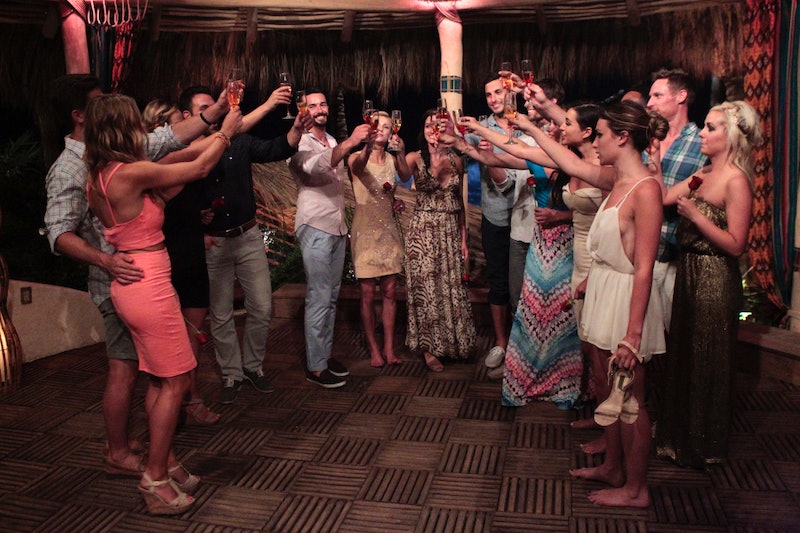 Everyone has made it to fantasy island and there is already drama on Bachelor in Paradise Season 2. People are throwing shade talking about things being "fair," girls are crying their eyes out, and people are stripping down to their underwear to swim in the ocean during thunderstorms. Oh, and one of the contestants had a medical emergency. Health mysteries aside, one thing has become very clear: All the Bachelor In Paradise girls are competing for Jared.

Look, I get it. Jared is super hot (does he look like a real life Aladdin... I wouldn't go that far. But he's hot!), seems to have good intentions, and during his introduction segment they showed he had a cat, so yeah, I get the attraction. But ladies, there are plenty of other dudes out there just waiting to be snapped up, there is really no reason to bottle neck over Jared.

I've ranked the top guys on Bachelor in Paradise to prove that Jared's not the only winner. Keep in mind these are the top contenders — the real nice guys who seem worthy of being fought over. So, there will be no Mikey or JJ in sight (sorry bros).

Yeah, I kept him on the list because cat + those eyes = a ranking on my list. He also gets points since he was clearly less into Ashley I. but still agreed to go on a date with her rather than embarrass her in front of everyone. But, still, there are other fish is in the sea.

Sure, I didn't love him running through his entire sexual history when he heard there were sisters on the show and that one was a virgin, but his facial expressions were priceless. He hasn't made a connection with anyone yet, which is odd because he seems pretty great.

Another overlooked guy! Dan didn't hesitate to jump in the ambulance with Ashley S when he saw how freaked out she was. Someone claim this dude!

He rocks flannel, he's a good conversationalist, and looks good in a bathing suit — it is no wonder Carly snapped him up so quickly. Will their connection last? I hope so, they were pretty adorable.

If Jared is the most-fought-over dude, then Jade is the most-competed-for lady, and she went right for Tanner after Jared went out with Ashely S. She has the right idea: Tanner is smart, cute, and looking for love. He's definitely a top contender for the best guy here.

So, if Jared looks busy with someone else, the ladies shouldn't fret. Paradise is full of marriage potential. Or at least make-it-to-the-next-rose-ceremony potential. Whichever comes first.