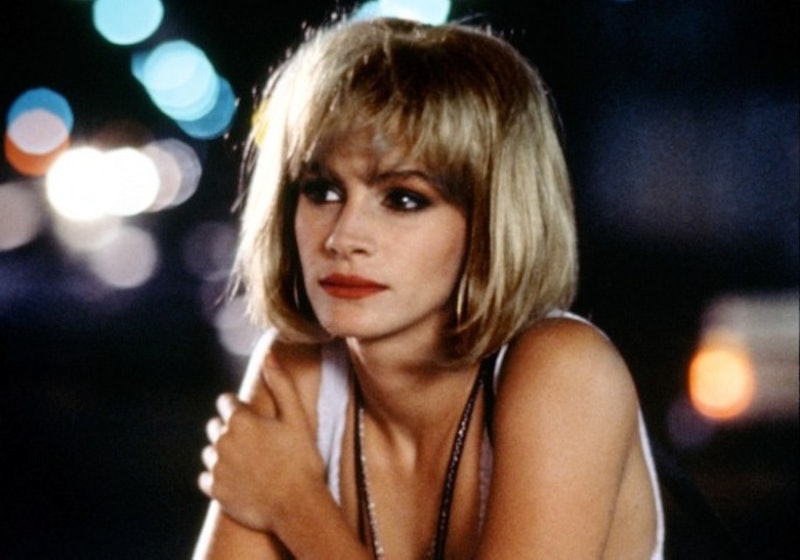 I remember my first time seeing Pretty Woman and walking away thinking it was the most unrealistic depiction of street-walking that I'd ever seen. In real life, there's no corporate piranha with a red cape and a black card to save these women. There are only unforgiving judicial systems that treat women like criminals rather than victims.

Fortunately, as ABC News reported, some city court systems are amending their approach to prostitution. Dallas and Houston are among the cities nationwide that have established special courts to deal with child prostitutes by placing them in recovery programs. In September, Harris County law enforcement focused on adults, teaming with Kathryn Griffin Grinan, a former prostitute who now runs a nonprofit tailored to reforming former prostitutes. Judges began sentencing women with numerous misdemeanor prostitution convictions to her program in January. Although the program operates on a marginal budget and has not yet serviced enough women to gauge its success, it is unique in that it is court-ordered and also treats women after their releases, sometimes for up to two years.

The program has come to emblematize hope for women like Tricia Chambers. ABC covered the heart-wrenching story of the Houston woman who was robbed of her childhood by drugs and then peddled into child pornography. She was only nine years old when she entered into full-blown prostitution alongside her mother. Now, at 42, she’s finally being given a chance to heal. Her story particularly resonated with me because it reveals something often overlooked about prostitution: No one chooses this life.

Chambers' truth is why programs like the one in Houston are needed in place: They represent progress in the way we treat prostitution. The practice is so often demonized by the legal system and broader mainstream culture with no regard or sympathy for the systemic issues giving rise to it. We, as a society, have failed to address the problems of urban poverty and childhood sexual abuse, all precursors to this lifestyle. Instead, we simply brand these women as drug addicts or sluts instead of extending a lifeline.

Our handling of the culture around prostitution is representative of a larger need for rehabilitation: Our society needs to examine itself and start prioritizing the plight of women, especially those in impoverished communities.