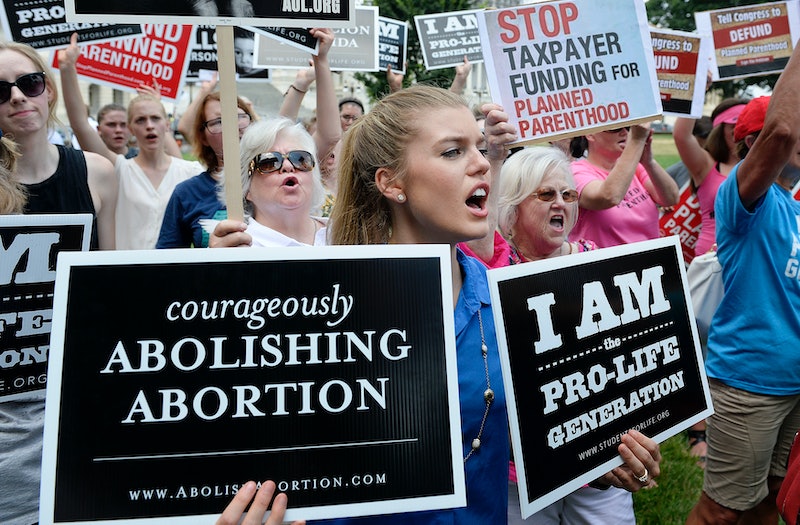 Planned Parenthood has been the talk of the Hill this week, bringing attention and fierce debate to the ongoing issue of reproductive rights. After a long-awaited vote, Planned Parenthood will remain federally funded and survive (at least for now), but that doesn't mean we should turn our attention away from the problems women in America deal with every day. This week, these important feminist articles highlighted other issues women face, from feeling marginalized by society to workplace inequality.

When we talk about women's issues, it's not necessarily enough to talk about the pay gap and the glass ceiling. Don't take that the wrong way — these issues still matter, for sure. But the issues that women face today go beyond those buzzwords. As these articles show, women also battle unrealistic expectations as mothers, an under-appreciation of femininity, and a lack of visibility in niche fields.

These articles tell stories, first and foremost. They give faces to the issues that politicians can only debate on Congress floors. These articles bring some much-needed humanity back into a discussion that often digresses into talk over dollars, statistics, and religions. It's the human angles that make these articles so worthwhile to read, and it's the people who write about them that should be leading the conversation.

1. Salon: "A Distressed-Baby-Shaming CEO: What You Can Never Expect When You're Expecting"

Deanna Fei tells the story of her daughter's troubled infancy. Fei gave birth at just 25 weeks, and her daughter underwent several operations to survive. She felt like a failure, she writes, because she felt an extreme pressure to be the perfect pregnant woman and mother — and she thought she was. A year after her daughter came home from the hospital, Tim Armstrong, then-CEO of AOL (where her husband worked), made a public announcement that two employees' "distressed babies" had caused Armstrong to have to cut retirement benefits for all employees. He used their story, taking the narrative away from Fei's family and further shaming Deanna as a failed mother.

2. Slate: "The Industrious And Diverse Women Of The Experimental Music Scene"

Here, writer David Rosenberg profiles a project by photographer Maggie Shannon, who photographed the little-known women in the niche field of experimental music. Shannon heard a friend's frustration that male experimental musicians received more media attention than their female peers. Shannon's photographs show these women in their natural state: somewhat left or right of the mainstream, yet wholly talented.

3. The Atlantic: "Why Women Shouldn't Have To Act Like Dudes At Work"

In this Q&A between writer Bourree Lam and Gender Intelligence Group founder Barbara Annis, whose company consults with major firms about how to create gender-equal workplaces, Annis explains that women often don't feel valued at their place of work. If they want to advance, women often fall into the trap of downplaying their feminine qualities. Annis presents an interesting counter-example to the claim that women don't advance at work because they prefer a different work-life balance.

4. Fortune: "Science Explains Why Women Are Always Freezing At Work"

Reporter Claire Zillman explains an outdated temperature-setting system that is used in many offices around the country. According to a study published in Nature, many offices use, knowingly or not, a formula that favors men's resting metabolic rates over women's. As a result, women are often uncomfortable at work.

Ben Fowlkes argues that Rousey, the female MMA fighter who's currently enjoying the world's attention for her dominant UFC wins, shouldn't be compared to male superstars like Mike Tyson. "See, one of the things that makes Rousey's title reign so special is how novel it is," Fowlkes writes on MMA Junkie. He argues Rousey is paving the way for women's MMA fighting to become more mainstream, whereas Tyson "showed up in a sport that had existed for well over a century."