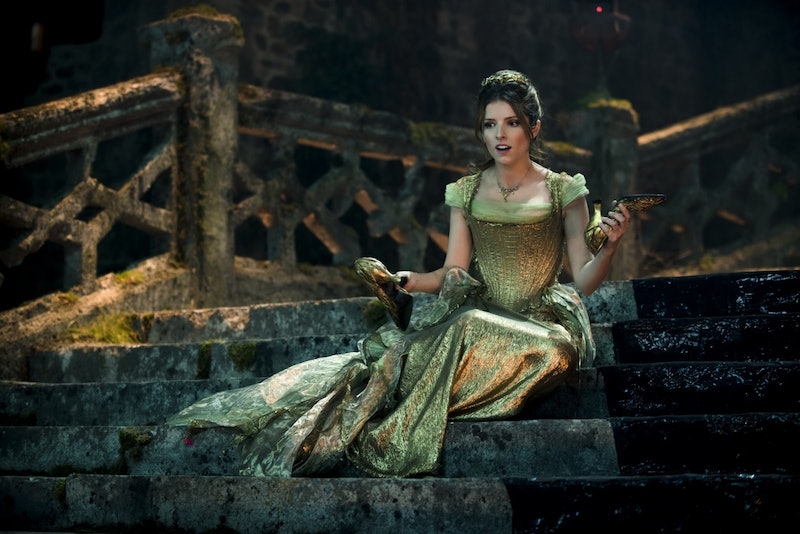 When it comes to successful Hollywood stars, Anna Kendrick is at the top of her game right now. From the moment she sang the "Cups" song a cappella, she quickly went from the girl from Twilight to a global phenomenon. Not only does she have the success of the Pitch Perfect franchise under her belt, but people may not realize that she is also a Tony Award nominee (the third youngest nominee I might add). With such superb acting, singing and even dancing chops, Kendrick is a real life Disney princess, basically.

Growing up, we all had our favorite Disney princess that we related to the most, and Kendrick is quite literally a mix of the best, from her looks to her personality. But just because she has major princess quality doesn't mean for one second that the girl is a damsel in distress. Through her various interviews and social media posts, Kendrick has proved time and time again that she is one boss pitch. She may have quite literally played a Disney princess in the hit movie adaption of the musical, Into the Woods, but there are plenty of other times Kendrick has portrayed her princess power.

Let's recap some of her best Disney princess moments.

Let's just go with the obvious one here. She was quite literally a Disney princess when she played Cinderella in this box office hit, Into the Woods. Of course, she brought a lot more cleverness and wit to the character than the original cartoon version.

Let's also not forget that one time she did a fantastic Little Mermaid skit on SNL.

There seem to be a lot of fans out there that think Kendrick is the perfect Belle. Not only is she a true beauty, but she is just as witty and outspoken as her Disney counterpart.

As one of the most feminist Disney princesses, Jasmine is the one Kendrick has the most in common with. Not only is she super sassy when she wants to be, but she is also fiercely strong and independent.

I don’t know why, but, for some reason, Kendrick's soft voice really reminds me of Snow White. And how similar do these two look in these photos?

Not only is Kendrick a total go-getter, but, like this New Orleans princess, Kendrick is obsessed with food and doesn't care who knows it.

Okay so she’s not an official Disney princess, but Kendrick is so Anna, from her playful personality to her auburn-ish locks. Seriously, if Disney ever decides to do a live production of Frozen, no one would be better for the job than Kendrick. Except maybe Kristen Bell herself.