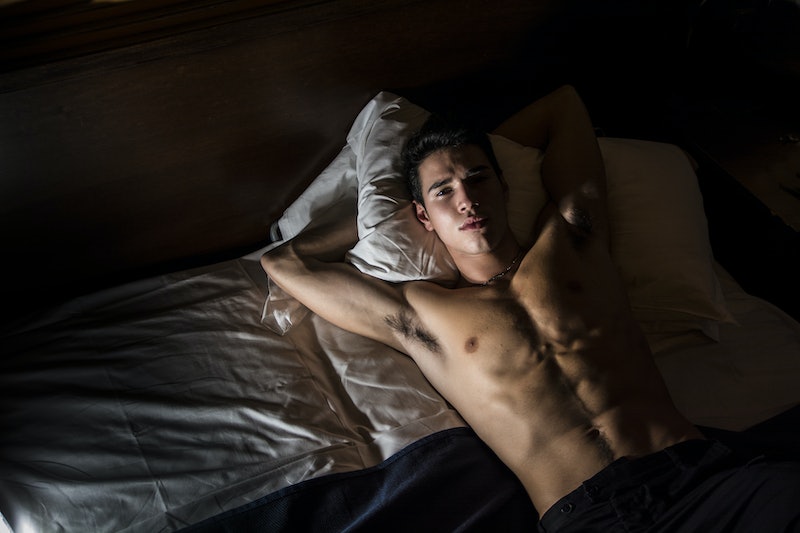 Do you know why a penis gets hard? I've not really thought about it, I mean I know that has something to do with blood but that's about it. Oh, and also that whiskey dick is the opposite of an erection. I guess it's because my interactions with them have always been pretty straight forward, so I never gave them a second thought. The range of my experience with boners goes from in middle school thinking they were dorky and embarrassing things that meant boys carried their books like idiots (and occasionally made an awkward appearance in a slow dance) to having a healthy respect, but lack of understanding of them as an adult.

I mean, I know how a vagina gets wet, but I've sort of neglected the boys. And I need to redress that balance. Here's the thing about penises: you know when it's working, definitely. And you're probably even more aware when it isn't working, but what's actually going on? And why? (Also if someone could explain a not awkward way to say "No, it's fine, it happens to everyone." while looking like your face is going to melt off then that would be a huge help.) Anyway, here's a look at what happens when a penis gets hard:

The Mind Leads, The Body Follows

The first thing to know is that it's not all below the waist. Actually, according to Web MD the "erection begins in the brain. Physical and/or mental stimulation cause nerves in the brain to send chemical messages to nerves in the penis telling the penile blood vessels to relax so that blood can flow freely into the penis." It makes sense, because sometimes an erection happens when there's been no touching at all.

OK, so what makes the brain tell the nerves to relax? You guessed it: sexual arousal. Well, usually. According to Cosmpolitan this is "typically due to sexual arousal (physical or mental), although boners can occur for other reasons". They also emphasize that while emotions can add to how turned on you are, physical sensation can do the trick completely on its own.

The penis isn't like a muscle flexing, remember all the blood I talked about before? That's the key. The National Health Service website explains that the "penis is a kind of sponge that fills with blood when a man is sexually excited. Blood builds up inside two cylinder-shaped chambers, causing the penis to swell and stiffen. The swelling blocks off the veins that normally take blood away from the penis. As an erection disappears, the arteries in the two chambers narrow again, allowing blood to drain away from the penis." Alcohol causes a decrease in blood flow, which is why he can't get it up when he's drunk. So for healthy boners, put the Jack Daniels away.