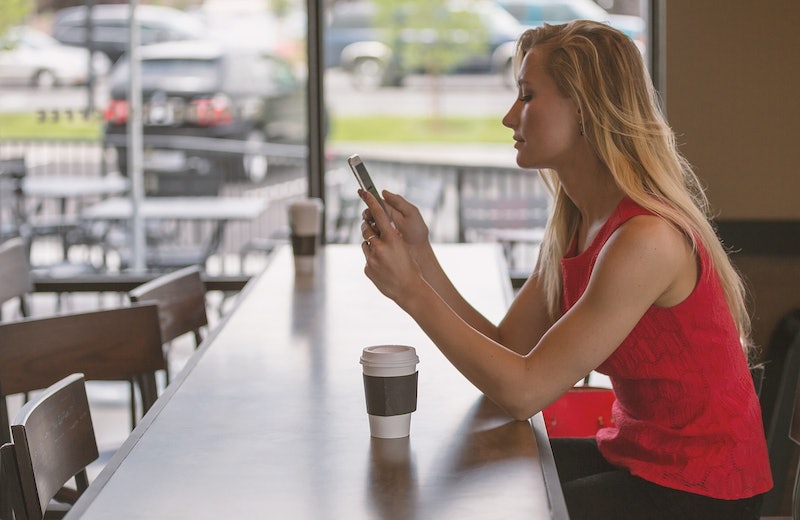 Although “ghosting” was around long before Charlize Theron ghosted her now-ex, Sean Penn, it was the reports that that’s how she dumped him that really piqued everyone’s interest. What could Penn have possibly done, aside from being Sean Penn, that could have warranted such treatment? Well, honestly, sometimes when a relationship goes sour, it just feels better to ghost your soon-to-be former partner than deal with it. Some people, for whatever reason, don’t deserve a modicum of your time it takes to end it with them, so it’s just best to ghost them. Bye, Felicia.

Granted, not all relationships can be ended so easily. If you have a guilty conscience, for example, forget about it, because ghosting is not for the weak. There’s also the issues that come into play if you’re living with someone or are married. It’s not like you can decide one day you’re going to ghost them until they miraculously move out. I mean, that would be great, but definitely not feasible.

But in the cases where you’re not locked into something serious, long-term, or legal, ghosting can come in handy. It may not be so great for the person on the receiving end, or rather not receiving end since communication is abruptly cut, but it definitely puts an end to things. Here are six times it’s really totally OK to ghost someone and not shrug it off.

1. If You Don’t Need A Sense Of Closure

Some people absolutely need a sense of closure to move on, and for those who don’t, they are extremely lucky. In not needing closure, you don’t have to deal with guilt, second-guessing yourself, obsessing over what you did, or nightmares. It’s a clean break for both you and your conscience. If you can pull that off, then definitely do it.

Let’s say you met on Tinder and you’ve yet to actually meet up in person. Perhaps, your schedules don’t mesh or you’re just not sure that you’re ready to meet this person who may, or may not, be a serial killer. After a while, keeping the messaging going can be so boring. So, when you’ve had enough and are over it, it’s best to ghost.

3. If You’ve Dated For Less Than A Month

Let’s be honest: Does anything less than 10 dates really warrant a long explanation of why you’re calling it off? No. Even if they’re a great person, if you’re not feeling it and you don’t want to get into the drama of trying to explain your reasons for not feeling it, then ghost them. A month, in the dating world, is nothing; they will recover.

4. If Your First Date Was A Disaster

First dates are everything. It’s during a first date that you get a glimpse, albeit a little one, into the type of relationship you just might have with this person should you decide to pursue it. But if in that first date your date is sexist, degrading, rude, obnoxious, too handsy ― you know, any of the things that would make your stomach sick and your blood boil, then if they come snooping around for date number two, you know what you have to do.

5. If You Realize They’re A Total Creep

Whether it’s because they’re coming on too strong, instantly liking all your photos on Facebook (stalker much?), or your friend heard a rumor that he’s a total turd, it’s in these cases that ghosting actually just might be your only option. It's hard to rationalize with someone like that.

6. If You Just Have Other Things Going On

Maybe a relative just died or you got a huge promotion and are being transferred to San Francisco in three weeks ― whatever it is, you need to think of yourself first. If you have too much going on in your personal life and simply don’t have time to break off something that you’re not even that invested in, then ghost them. There’s nothing wrong in being selfish, especially when you have more important things with which to deal.