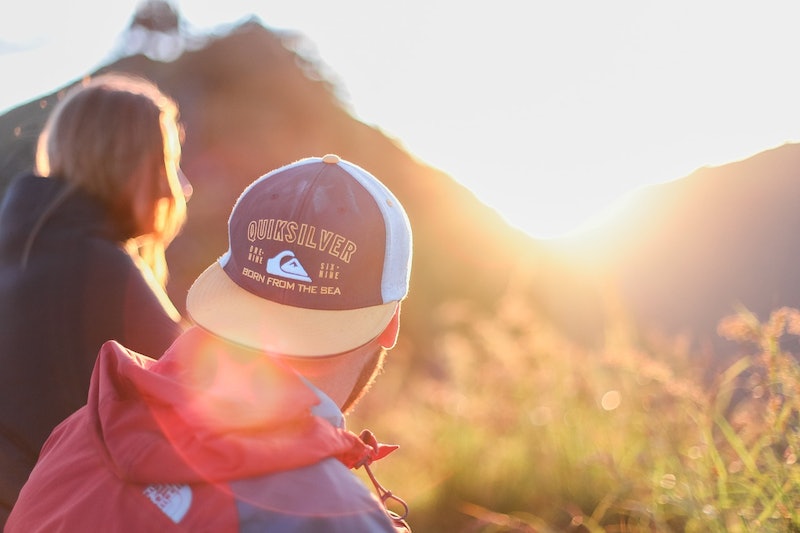 So what do you do if your significant other is cheating on you? I have been cheated on, but I have also cheated on someone myself with the same man that I am still with. Don't judge me or us. I guess you can say, we were both bad and maybe call it even, if you want to think that way. We managed to move past our infidelities and restore trust to our relationship, which is now better than ever. There was a breakup as a consequence, tons of screaming and crying and weeks of hurt, but then a realization of behavior and a promise that it will never happen again. Sometimes it's worth it to give people a second chance, despite horrible and deceitful behavior, and sometimes as a couple you need to go through something horrible to realize the good. This is not true for all couples, but certainly some.

The prevalence of infidelity though, more so what popular culture has lead us to believe, is actually much less frequent than it seems, despite my sad tale. Researchers Blow & Hartnett (2005) took a comprehensive look at the infidelity issue and reviewed all relevant research relating to infidelity over the past couple of years. What they found was very interesting in reference to how common cheating actually is: the likelihood of your relationship suffering from cheating is actually very low— probably less than a 6 percent chance. However, they found that over the course of an entire relationship, the chances of infidelity may rise to as much as 25 percent, which is a far cry from the 50 percent that professionals and services report.

Since having been on both sides of the coin, being cheating on is immensely painful, leaving you unable to look at your significant other in the same way, and making you question every smile, every laugh, and every sensual touch, when you realize that someone else, who wasn’t you, touched them in the same way. I found out he was cheating by accident (and there was an iPhone involved). If you suspect cheating, if something just feels off, here are some things to say to your partner. if you think they’re being unfaithful:

The Honesty Discussion: “I Feel Like Things Have Been Different Lately"

I am not saying this is full proof but if you enter into an honest discussion on that note, and if you’re honest about your relationship first, then most likely they will be honest back. I’m not saying that they will confess, but it will sure as hell give them a lot to think about. Again, innocent until proven guilty. Any lawyer will tell you this—don’t go into the conversation under the assumption of guilt.

If You’re Bold: “I Feel Like You've Been Cheating On Me"

Followed by, “it’s something that I just feel but I could be completely wrong.” This is the boldest move you can make, and good for you. If your internal sirens are going off and you know something doesn't feel right and their behavior is following suspicious suit, then this would probably be the best option for you.

One of the biggest signs is suspicious phone behavior. It is literally the key to an entire world that is hidden from you and know nothing about. Best to talk things out and try and keep your cool until proven otherwise.

If You've Already Had Issues: "I Feel Like We're Having Some Issues We Need To Sort Out"

If the two of you have been having issues for a while or if there are unresolved issues in the relationship then this is a great way to start a conversation about it. If your partner is very serious about the relationship then it can be a very positive discussion, and could even surprisingly bring you both closer once you've reached a mutual understanding. This is also the time to hint at suspicious behavior and bring it to the surface to discuss. I promise you that you'll be able to read the situation and determine how to move forward, but like I said, try to give them the benefit of the doubt first. You'll get nowhere if it erupts into World War III.

Whatever you do, don’t badger them or attack them if you’re suspicious. Their behavior could also be a sign of something else entirely.

More like this
10 Ways To Be More Empathetic To Your Partner
By Raven Ishak and Lexi Inks
Think Your Partner Is Cheating? These Tarot Cards May Confirm Your Suspicions
By Kristine Fellizar
Are Quality Time & Gift-Receiving Love Languages Compatible?
By Lexi Inks
The Differences Between Polyamory & Open Relationships
By Lexi Inks
Get Even More From Bustle — Sign Up For The Newsletter