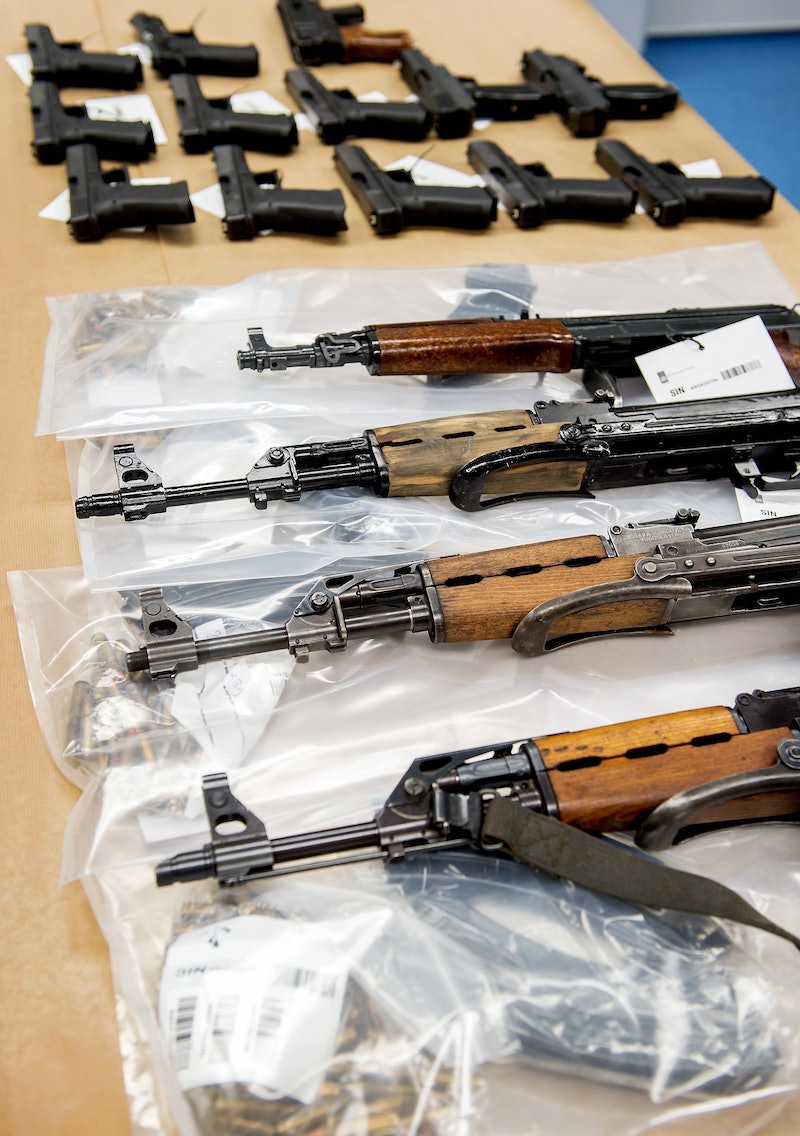 The issue of gun rights and gun control is one that's high on the Republican party's agenda and one that is important to its core voters. But only one candidate, Kentucky Sen. Rand Paul addressed the gun rights issue during Thursday night's debate, the first of the 2016 election. In its platform statement, the GOP spells it out pretty clearly: "Gun ownership is responsible citizenship, enabling Americans to defend their homes and communities. We condemn frivolous lawsuits against gun manufacturers and oppose federal licensing or registration of law-abiding gun owners." So, it actually came as a great surprise that the candidates were not asked at all about guns and gun rights at Thursday's debate.

On Thursday night, candidates could have had their first chance to talk specifics on the issue of gun control. In the past, most of the GOP candidates have defended the Second Amendment and the "right to bear arms," in some fashion. But yet the issue of gun rights was only mentioned once, in passing, by Sen. Paul. In response to a question about gay marriage, Paul said he didn't want any government interference. "I don't want my marriage or my guns registered in Washington," Paul said.

Nearly all of the candidates appearing in the debate Thursday night have made no secret of their stance on gun rights and ownership. When he was governor of Florida, Jeb Bush signed the controversial "stand your ground" law, which was later invoked by George Zimmerman in the Trayvon Martin shooting. Mike Huckabee also has said he supports "castle doctrine" (stand your ground laws), and Wisconsin Gov. Scott Walker signed one of the country's most permissive concealed carry laws. Perhaps most spectacularly, though, was Ted Cruz's support of guns: He cooked bacon by wrapping it around a gun barrel which he then fired.

It's not entirely clear why the issue of gun control or the Second Amendment didn't come up at all Thursday night, even from the Facebook questions, or why the moderators stayed away from the issue. It might be that they'll address it in the next debate, when the field is likely to be much smaller. But it seems curious, with all the attention the Republican party has placed on gun rights in recent years, that the candidates were not asked to defend their positions.