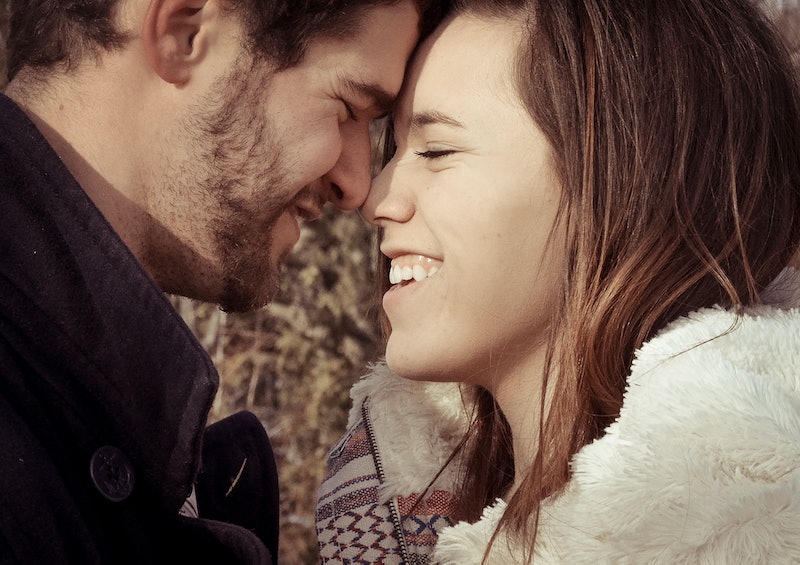 Tying yourself down to the same person for a long period of time might seem like an easy way to avoid all the headaches that come with dating, but romantic commitment isn't all sunshine and rainbows. Once things like month-a-versaries become "that cute thing you did when you first started dating" and that new-relationship smell starts fading, that's when things truly start to get interesting. But the thing is, everyone tends to leave all those juicy tales out when they tell you about what long-term relationships are really like.

Generally speaking, people tend to stay in relationships for a long time because they really, really enjoy their partner's company. However, things that were once easy at the start of your relationship tend to become harder as time goes on. Most of us are aware of the stereotypes that people in long term relationships tend to "let themselves go," or that their sex life goes down the drain (but don't worry—there are plenty of ways to prevent that from happening), but not all of the non-fairy-tale material that happens in long and loving relationships is bad... it's just a little weird.

If you've ever dated someone for a good while, you probably know that it's not what the movies or even your friends make it out to be. There's a lot of hard work and strange stuff that goes on behind the kisses and half-jokes about upcoming babies that most people aren't willing to openly discuss. So to help dispel any notions that LTRs are just as they appear in your favorite sitcoms, here are some aspects of dating someone for a really, really long time that should be talked about way more than they already are.

At some point in their happily ever after, Prince Charming and Cinderella definitely pooped with the door open. Heck, they might have even called the other person in to make sure that it was last night's beet salad and not an intestinal hemorrhage that had turned their poo red. Things that were once taboo, such as farts, burps, and that really worn-out pair of undies become fair game after a certain amount of time in a relationship, and it's kind of awesome.

If someone would have told me two years ago that I would one day want to jump my boyfriend's bones after watching him clean up cat puke, I would have laughed in their face. And yet, here we are two years later and I'm sitting here with a raging lady boner because my S.O. removed my cat's vomit from the floor without a single complaint. Back off, ladies. He's taken. After you've been together for a while, all the typically sexy stuff such as good underwear and a hot bod is still sexy, but so is all the stuff you do for each other that should have no effect on your sex drive whatsoever. You might find yourself itching to rip off all your partner's clothes after they help you out around the house, and you'll definitely feel a tingling in your nether regions when they bring home your favorite food from the store without you even having to ask.

Even if you had a lifetime supply of the world's most delicious cake, you'd probably still find yourself craving pie every now and again. You don't just suddenly become repulsed by everyone who isn't your S.O. just because you're in a relationship, especially after you've been dating them for a long time. Even if your partner is the kindest, sweetest, and most gorgeous human being on the planet, there's no doubt that other people will still be appealing to you. But as long as your harmless little crushes stay harmless and little, there's nothing to worry about. We're all human, and it's in our nature to appreciate other attractive humans for their attractiveness... especially since we can't control who we are attracted to. A study by the Department of Anthropology at Charles University has shown that even the way a woman's armpits smell during various times of the month can make her more or less attractive to men around her. So if you catch your partner checking out another person while you're on a walk, don't worry too much — he's probably way more into her pheromones than her boobs.

4. Questions About Marriage/Babies/The Future Will Get Super Annoying

The first time someone asks, "So when's the wedding?", you'll probably get all giggly ("OH EM GEE. Other people think we'll be together forever, too?!"). The fiftieth time someone asks that question, you'll probably get all murder-y. Even if the prospect of major relationship milestones with your lovebug delights you, the constant interrogation about them will get really old really fast.

5. Moving In Together May Be More Of A Convenience Than A Romantic Next-Step

If half of your clothes are at her place, she chips in for your groceries because she eats so much of your food anyway, and one of you is paying rent that is going towards an apartment that's empty 90 percent of the time, it might be time to move in together. Once you do finally make the move, the resulting feeling in your stomach will probably be closer to relief than butterflies. And according to a study by the Council on Contemporary Families, as long as you and your partner are over the age of 23, you'll be part of a group that only has a 30 percent divorce rate if you eventually decide to get married.

6. You Will Fight Over The Stupidest Things

After you've been together for over a year, it's expected that you'll have gone through your fair share of fights. But most people expect the big ones to be over stuff such as finding shady text messages on their phone or having vastly different opinions on how to raise children. You might have a couple of those battles, too, but you're also going to wage war over things like the way she chews with her mouth open, or how he always— always—forgets to put the cap back on the toothpaste. Hopefully, these "silly" fights can be worked out (and aren't a sign of a larger problem in your relationship), but it's still a pretty surreal moment when you realize the reason you're both so upset is because someone forgot to change the toilet paper roll.

7. Your Love Will Change

You know the emotional roller coaster that happens when you eat a Chipotle burrito? You love the smell of it before you even get your hands on it, then there's the explosive, new kind of love that comes after you take the first bite. Then there's the comfortable sort of love that comes when you're halfway through the burrito — the initial excitement has gone away, but you're still enjoying it and are pumped to have so much more still waiting for you. And finally, when it's all in your belly, there comes the love that happens when you're miserably, disgustingly full, but know you'd do it all over again if given the chance. I think the point I was trying to make here was that long-term relationships = burritos, but now I'm just craving carnitas.