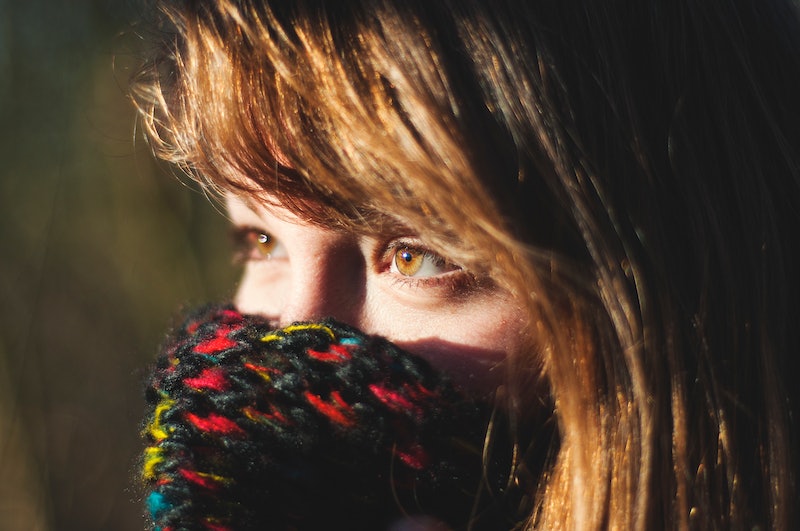 A new study recently published in the science journal Nature made waves when it alleged that women are being seriously badly served in the workplace — not just by sexism, elitism or the glass ceiling, but by air conditioning, which consistently makes women feel colder than their male coworkers. The research, which comes out of the Netherlands, says that women might be at a genuine professional disadvantage in the workplace because air conditioning is generally calibrated to meet a "male temperature" – which means that we're consistently going to feel too chilly and uncomfortable to do our best work on the job (unless we bring in a sweater in August). But why do women need a higher room temperature than men just to feel comfortable?

The answer is more complicated than just stereotypical claptrap like "ladies are delicate." The truth seems to lie in a diverse set of factors, from body fat to menstrual status to height to evolutionary development — and fixing gender-related office temperature inequalities may actually lead us to build more energy-efficient architecture, though that's a long way off. So for now, this is definitely a perfectly reasonable excuse for you to petition your boss to let you work remotely...from the Bahamas. Hey, it's good for productivity!

The Workplace Is Cold (Literally)

The design and ambiance of workplaces can seriously affect your well being, as well as the quality of the work that you do there. For example, recent studies have shown that seeing any kind of nature or green space from your desk improves productivity by up to 15 percent. We don't become work robots the moment we cross the threshold of our offices; if we want to work well, we still need things like comfort, psychological reassurance and, it turns out, a proper air conditioning system that doesn't make us feel like Scott in the Antarctic.

The Dutch scientists behind the Nature paper, professors Boris Kingma and Wouter van Marken Lichtenbelt, revealed a few very interesting facts about the ways in which we've calibrated air conditioning for decades. It turns out that office temperature is not just decided by whether or not Mike in IT is complaining about sweating through his shorts; it's based on a seriously complicated algorithm that factors in things like metabolic rates and how much heat our bodies generate throughout the day. It's called a "thermal comfort model" — and it has one massive blindspot.

The fly in the coolant? This particular thermal comfort model, devised in the 1960s, was based on one type of average metabolism — and, surprise surprise, it was male. Namely, the average metabolism of a man who weights 154 pounds and is 40 years old.

This explains why Peggy and Joan on Mad Men always looked faintly frost-bitten (at least when they weren't yelling at somebody or throwing model airplanes). Their office wasn't designed for their comfort; it was heated according to the needs of dudes. Shocking? No. But even though it's not a surprise, it is still something that needs to be fixed. It wouldn't be such a problem if men and women had similar metabolic heat generation — but it turns out that we don't. The study showed that, on average, women in offices work better at a temperature 2.5°C warmer than men, generally falling somewhere between 24-25°C (75-77°F).

But where did this discrepancy come from, and why does it make us worse at work? Are all ladies delicate hothouse flowers who do their best work in saunas? Do we need to drape ourselves in furs, like Genghis Khans with better eyeliner, before our spreadsheets will work?

The Link Between Metabolism, Body Fat, Blood Flow And Temperature

A lot of the reasons that women typically need a higher temperature to properly function at work goes back to our body formations. The fact that men and women have different metabolic rates — meaning, the amount of energy our bodies use up during daily life, including work — is one culprit, but it's also linked to a bunch of other factors, including fat, fertility and circulation. Let's start at the beginning.

Women have higher core body temperatures than men: 0.4°F higher on average, according to National Geographic. Why is this? The answer could lie in women's higher body fat percentage. Fat is good at retaining heat, while muscle — which men possess in greater quantities — is better at expending it. Hence the difference in metabolic rates: while women's bodies conserve heat, men's bodies tend to let heat out, allowing them to feel more comfortable in cooler air.

And there's another interesting factor at play: women's extremities are far colder than men's, which plays a significant role in how cold we feel. A 1998 study published in the medical journal Lancet (and titled, hilariously, "Cold Hands, Warm Heart") revealed that women do genuinely have colder hands and feet than men — often up to 3°F colder. It's because of a gender difference in our circulatory systems: our blood vessels constrict more radically in cold weather, making our hands and feet freeze. And the temperature of our extremities has a big impact on our overall sense of warmth — think about the last time you managed to feel warm when you'd forgotten your gloves in winter.

A 2004 study from Cornell showed that a cold office is actually pretty terrible for efficiency, leading workers to make many mistakes, while a warm office leads to fewer worker-created errors. So a thermal comfort model that takes into account female body temperature sounds, on balance, like it'd be a pretty good boost to brilliance in the workplace.

There are, however, dissenting voices. Professor Paul Thornalley, an expert on body temperature, told the BBC that people are not built the same along gender lines, and generalizing about metabolic rates across the board might not create a better thermal comfort model. And architecture professor Khee Poh Lam told the New York Times that, contrary to the claims of the Dutch researchers, it was "a big leap" to think that keeping a warmer office would reduce office energy consumption.

Either way, it's time to start campaigning for a warmer office. Not one so hot that the men start boiling, mind you. We wouldn't want them to feel too uncomfortable, as some kind of payback for all those years of making us wear down jackets in summer...tempting though it may be.

More like this
Why Experts Say Sleeping With A Fan On Isn’t Totally Risk-Free
By Sophie McEvoy
The 12 Best Air Fresheners For Bathroom Smells
By Amber Petty
How To Use Instagram Story Highlights So Everyone Sees Your Fave Stories
By Brandi Neal and Emma Carey
Your Daily Horoscope For August 12, 2022
By Mecca Woods
Get Even More From Bustle — Sign Up For The Newsletter