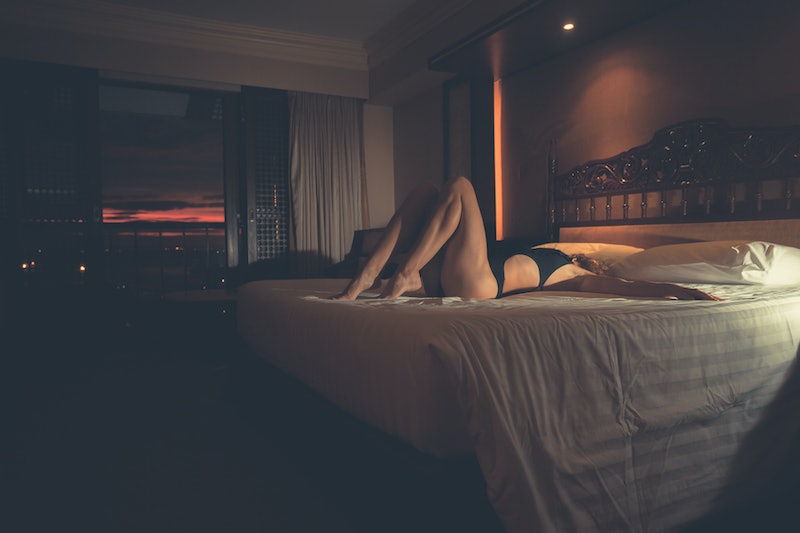 How many people do you know who've had sex-related injuries? OK, maybe no one. But it happens, and probably more than you think. According to Yahoo Health while "a recent British study estimated that five percent of us have actually taken time off from work due to sex-related injuries... there are likely plenty of others who still reported to work while nursing an injury." Kristi Latham, DPT and founder of physical therapy clinic Beyond Therapy & Wellness told Yahoo that “that number is absolutely underreported due to embarrassment". Why is that an embarrassment? Surely sex injuries are a badge of honor, or at least that's how I feel about my bruised elbows (and pride).

As far as injuries go, there was a lot of hoopla earlier in the year when scientists concluded girl-on-top was the most dangerous sex position. And it does seem to be, for men, as it is "responsible for half of all penile fractures in the bedroom" according to The Telegraph. Yikes. Sorry, dudes. But I don't know any woman who's suffered from anything when on top except for feeling like an effing superhero, so I don't think that's a real danger for us. So what's the most dangerous sex position for women? It depends who you are.

Here's a look at potential dangers, depending on what you're worried about:

"You only hurt the one you love", and you only love sex positions that can potentially hurt you. That's right, everybody's favorite sex position (statistically), doggy, is also the most potentially dangerous for women. Basically, Lantham says that one of the most common injuries to women is that "a woman’s vagina can actually tear if her partner enters her wrong". OW. So where you have less control and he has more options for entering angles, like doggy style, is when you could run into trouble. Just be aware, and also use lube if you need it!

But If You're Pregnant:

Or Prone To UTIs:

If you're prone to UTIs, you may want to avoid positions where the penis pushes up your urethra, including missionary and girl on top. Other than that, you're good to go!