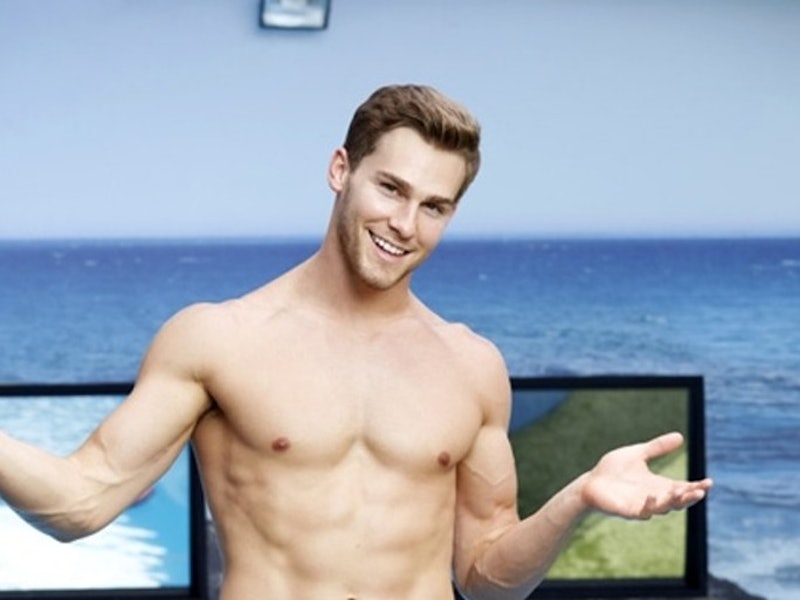 If you are up-to-date on this season of Big Brother, you know that the showmance known a Clelli is about to come to an end. Both Shelli and Clay are on the block this week, the Power of Veto has not been used, and the nominations will remain the same. This means that the golden couple running the house on Big Brother is going to be split up with one of them going home. If you've been keeping up with the Big Brother live feeds online, the house has been pretty back and forth about which contestant they want to vote out. James, Jackie, and Meg are adamant about getting Shelli out, which makes sense because she is the more successful player in this game, but could there be another reason. Am I the only who feels like Meg has a crush on Clay on Big Brother 17 ? Could part of her want to keep him in the house?

Why do I think that? Well, Clay and Shelli may be constantly cuddling, but he and Meg have had some pretty close encounters over the summer too. Here are some signs that if things go south for Shelli, Clay might seek comfort in Meg.

Hugging In The Friend Zone

When Clelli was really dominating the house, it was a real slap in the face to Meg when Clay used the phrase "Shelli and I" in all of his sentences that had to do with the game...while hugging Meg.

Well aren't they laying awfully close to each other? But then again, they could just be near each other so they could whisper in each other's ear about secret game play. I'm sure Meg was loving it though. I mean, who wouldn't want to lounge near a shirtless Clay?

There's nothing wrong for a hug, but this is a pretty prolonged embrace. Meg is really leaning in to him here and their hands are straying all over the place. But maybe it's just a deceptive screen shot?

Meg Going For The Grab

A zoom in of that infamous hug sesh shows Meg's hand grazing Clay's thigh. Could this be a case of a camera zoomed in at the wrong time? Who know, but honestly, this would bother me if I was Shelli.

Obviously I'm just inferring the thoughts in Meg's head, but I would not be shocked if she was annoyed to hear that Shelli and Clay made out.

Clay has been pushing for the cast to save Shelli since she is more invested in the game, but Meg wants Clay to stay.

Is it possible that Clay is just trying to use his hotness to arrange another "alliance" so he can blindside Meg with an eviction since she was one of the people who pushed for this nomination?

I find it pretty tough to believe that Clay and Meg will hook up and strike up a showmance, but I can definitely see a flirtmance in the works. For more on Big Brother 17 , check out Bustle's podcast The Diary Room.

More like this
The New Bachelor Will Be Announced Next Week & Here Are The Top Contenders
By Grace Wehniainen
All The Clues About Gabby & Erich's Relationship After 'The Bachelorette' Finale
By Kadin Burnett
Clayton & Susie Broke Up, Citing "A Significant Amount Of Pain" After 'The Bachelor'
By Jordyn Tilchen
What Is 'Pretty Wild' Star Tess Taylor Up To Now?
By Morgan Leigh Davies
Get Even More From Bustle — Sign Up For The Newsletter