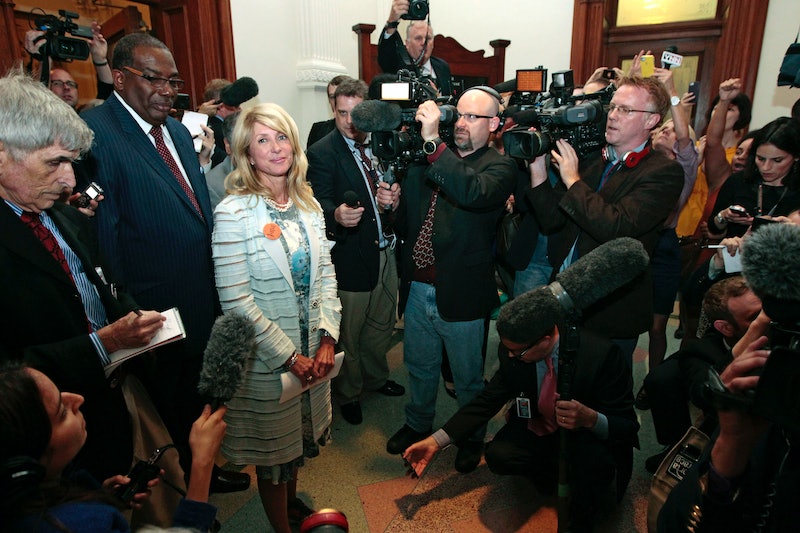 Last night, something special happened in Texas. If you don't take my word for it, take President Obama's.

Texas state Sen. Wendy Davis (D) started a filibuster at 11:18 am. The help of her pro-choice Senate peers and an amazing gallery crowd helped the filibuster last until midnight after Republican senators tried to stop Davis by accusing her of receiving three strikes in violation of the Texas Senate's procedural rules for a filibuster. Davis' filibuster successfully blocked SB5, the restrictive abortion legislature that pro-life Republicans and Democrats were trying to pass.

So, what's happened since?

Meaning this is certainly not the last we've heard on SB5. Come on, Texas Republicans. This is what they call, "being on the right side of history."