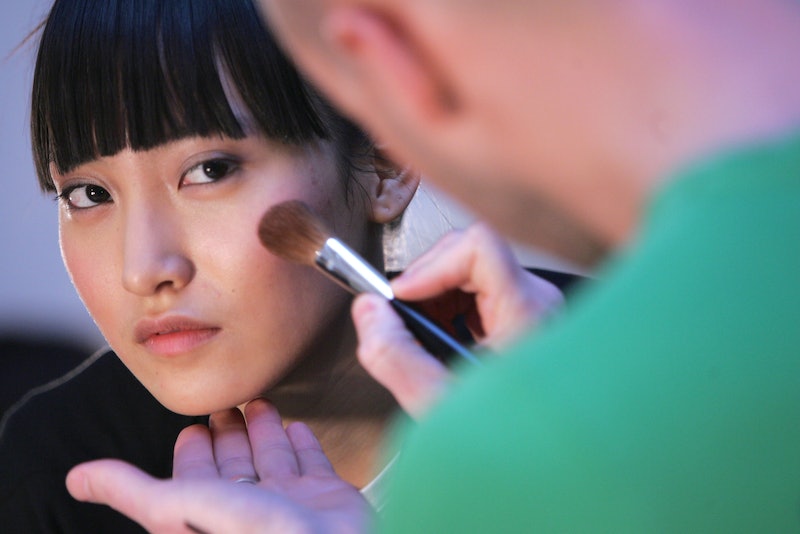 You may believe that the most significant challenges women face today are heavily debated issues including the gender pay gap and the fight for fair maternity leave, but several of the most deeply rooted obstacles are those that hide in plain sight. Hillary Clinton unearthed a looming concern regarding the "makeup tax" when she discussed the time and financial commitment women make regarding makeup during a Facebook question and answer session that took place on July 20.

After Facebook employee Libby Brittain expressed concern over fitting a 30-minute makeup routine into her daily schedule while her significant other faces no such need, Clinton conceded that the predicament is widespread amongst career-driven women, unwittingly sparking a debate that rages on today.

After Time broadcast the story to readers last month, Atlantic health writer Olga Khazan swiftly took up the gauntlet of determining where the makeup tax stems from and where women go from here. Khazan traces the phenomenon to several key impetuses, one of which being the human proclivity to favor those who are considered beautiful. Such immediate aesthetic judgements have been shown to procure greater compensation and job opportunities for people deemed attractive — and over the years, female attractiveness has been conflated with cosmetic enhancement.

Khazan notes that modern culture further complicates the issue by saturating magazines, television, and advertisements with cosmetics-sporting women, thus transforming what should be an optional beauty practice into something obligatory if one wishes to climb the rungs of the corporate ladder or score a holiday bonus. Men are unshackled to makeup while women are pressured to utilize cosmetics.

While there is no immediate solution on the horizon, knowledge of the makeup tax and its consequences is a form of power, and allows women to ask more probing questions about seemingly innocuous aesthetic issues that may be impeding gender equality.

The use of heels is another such literal and figurative impediment that women are compelled to adopt while men take longer strides in shorter footwear, and maternity leave remains an ongoing battle for women who simply want the chance to support their careers while building a satisfying personal life.