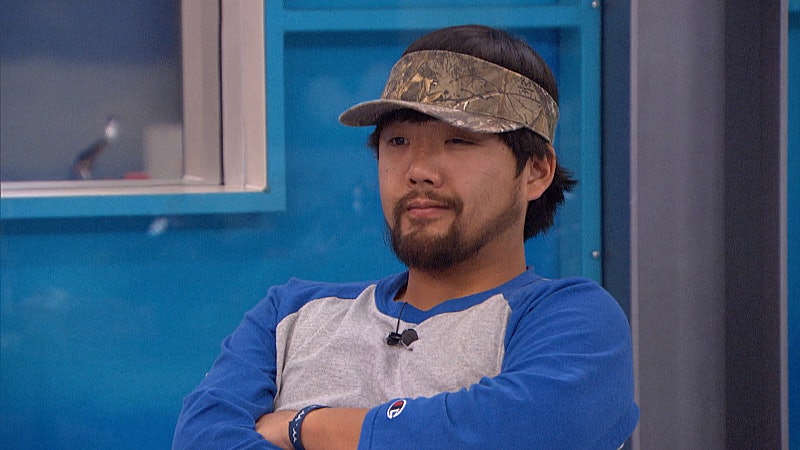 As more and more houseguests leave Big Brother, certain players are really coming into the spotlight. Take Big Brother 17 houseguest James Huling. Ever since he nabbed Head of Household and put the showmance that is Clay Honeycutt and Shelli Poole up for nomination, James has become both a target and a contestant who isn't afraid to play the game or get his hands bloody. He's also gotten attention for his somewhat sexist remarks about the female players, which isn't a great thing to be known for. With that said, James isn't an all-around horrible guy, especially when he's being a father to his two children. While chatting with former BB player Jeff Schroeder before the game began, James explained that he has a daughter, Baleigh, and that he "inherited [his] adopted son, Landon."

Unfortunately, viewers who watch the show on TV rather than on the live feeds didn't get to see James' HOH room, where they could've checked out all kinds of adorable pictures of James with his daughter and son. They show a completely different side to the southern guy we've come to know, who loves hunting and women. During his chat with Jeff, James said he if he won, he would use the $500,000 to set up a trust fund for his daughter. For him, it's all about giving her a better life than he had.

Here are a few photos of James, his daughter, and his son that are adorable and show James' more sensitive side:

Seriously, how cute are James and his children? Way to tug at our heartstrings.

More like this
Jill Zarin Said Her 2011 RHONY Firing “Felt Like A Death”
By Brad Witter
Taylor Armstrong Would “Definitely” Return To RHOBH After Her Season 3 Exit
By Brad Witter
Which RHODubai Housewife Has The Biggest Net Worth?
By Hugh McIntyre
Kim Kardashian Reveals The First Text She Sent To Pete Davidson
By Jake Viswanath
Get Even More From Bustle — Sign Up For The Newsletter