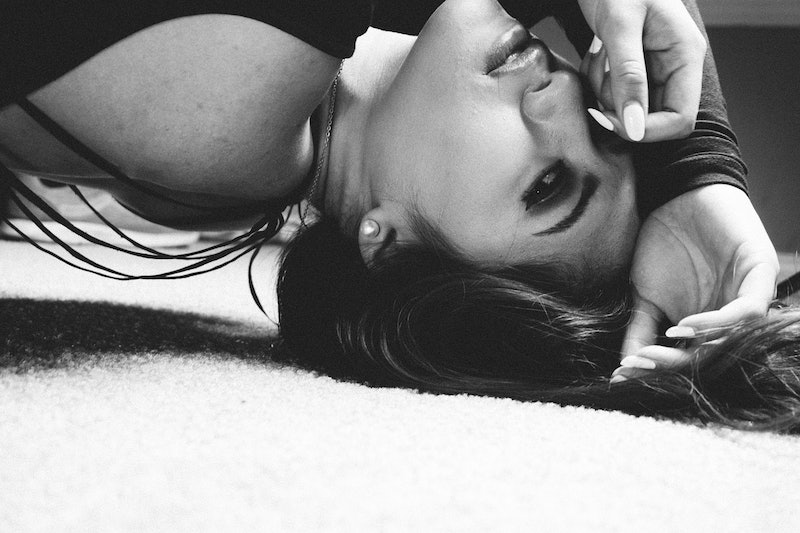 Whether it’s because of Fifty Shades of Grey or because women are owning their sexuality more than ever, rough sex isn’t as taboo as it used to be. A study by North Texas University found that 62 percent of women fantasize about being overpowered or forced (consensually, of course) during sex. When that percentage was broken down further, the researchers found that 52 percent loved the idea of being overpowered, while 32 percent reported rape fantasies, both of which definitely fall in the rough sex category. Then there are those women who fantasize about being the one who dominates, but those numbers are apparently much lower.

But now matter how you want to tackle it, rough sex isn’t something you just jump into. I know it might sound like preparation can take the excitement out of it, but it’s really something that needs to be discussed if you’re going to have fun and be safe about it. So, before you break out the whips and nipple clamps, here’s how to have safe rough sex.

1. Talk About Your Fantasies

Although you many not want to act out all your fantasies, there’s probably a good chances that there are some you’d like to give a try. If those fantasies center on rough sex, then tell your partner. Tell them how you envision it happening, the role-play scenarios it will entail, and what toys, if any, you’d like used. You want to paint a picture of what the sexual experience will be like, so both you and your partner can stay on track and not go off into unchartered waters that you maybe have no desire in exploring.

2. Be Clear About Your Limits

Everyone has their limits when it comes to sex, especially when it’s rough. While one woman might be able to handle being spanked really hard 15 times in a row, another one might only be able to get to five, before she’s just over it. Because rough sex is about combining pleasure and pain, both of which release endorphins so it heightens the sexual experience, limits need to be talk about until you're both safely on the same page.

If your partner isn’t into rough sex, the concept might be difficult for them. They might feel bad or awkward if they're rough with you, so you need to explain to them that it’s OK; this is what you want. Explain to them that you’re giving them your consent to be rough and you're excited about it! If they’ve yet to explore rough sex, it might take awhile to catch on, but lots of practice can fix that. You can also tell them that a 2013 study found that those who practice BDSM have greater intimacy in their relationships. So there's that, too.

4. Come Up With A Safe Word

One of the most important parts of having safe rough sex is a safe word. A safe word is a word that you say when things are getting too hot to handle or you just need to take a breather. Your safe word can be anything you want, but the shorter the word, the better. It’s going to be a mouthful to say, “Supercalifragilisticexpialidocious,” every time you want your partner to take it down a notch.

Some women struggle with the idea of wanting rough sex, especially if they're the submissive, as being anti-feminist, but it really isn’t. Feminism is about knowing what you want and going for it. Once you can reconcile that, you can enjoy your rough sex safely, in the right frame of mind, and not suffer from any guilt afterward. Walking away from hot, consensual, rough sex should never result in guilt. Eventually, you'll find it empowering that you've harnessed your sexuality and are indulging in your fantasies.

More like this
35 Sexy Texts To Send Your Partner
By Griffin Wynne and Carolyn Steber
GIRLI & Q Fell In Love At A Skatepark & Never Looked Back
By Jessica Morgan
How Getting An Abortion Has Changed From The ’60s Through Today
By Amanda Chatel
Are Cancer & Cancer Compatible In A Relationship?
By Kristine Fellizar
Get Even More From Bustle — Sign Up For The Newsletter