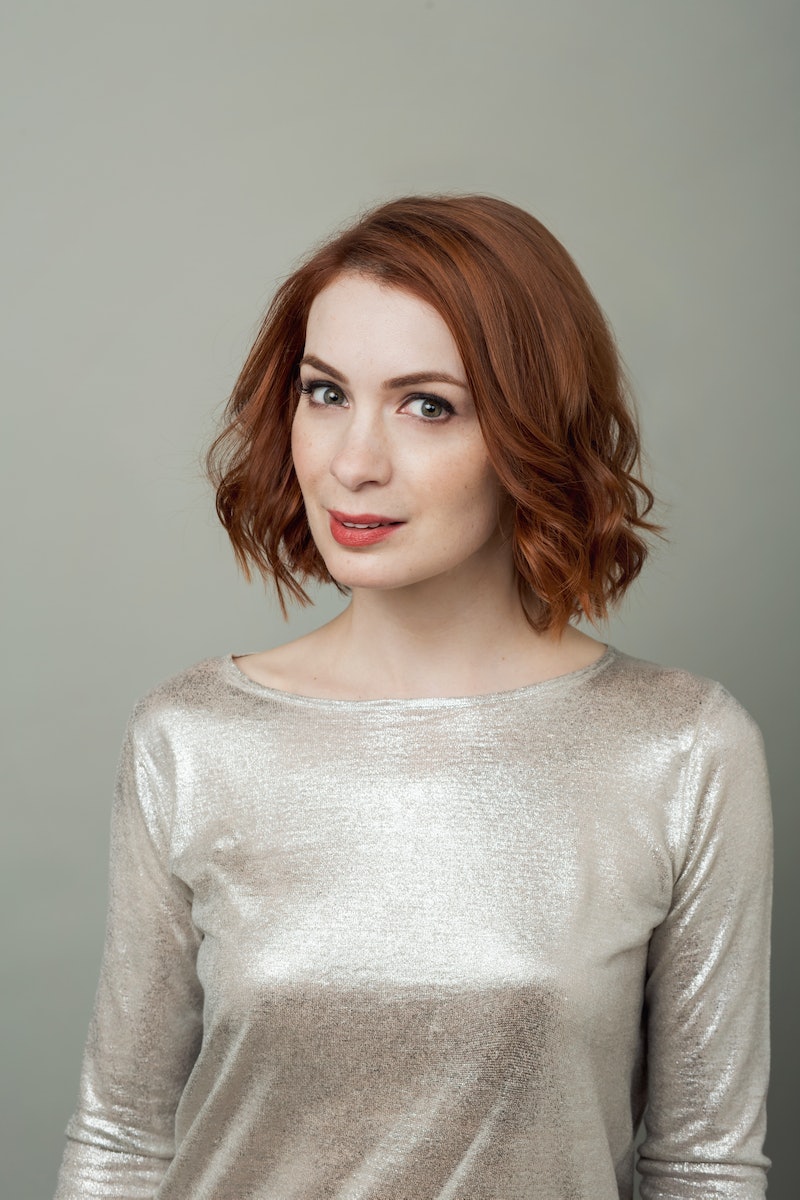 Mental illness is something we've all heard about at one point or another in our lives. And, more likely than not, it's also something we've all dealt with, whether it be personally or through a loved one. Whatever the case, mental illness is a topic of conversation that is making more and more headlines, especially through celebrities like Jared Padalecki stepping forward in hopes of changing the stigma that comes with it. Along with Padalecki is his Supernatural costar, Felicia Day, who, in her new memoir You're Never Weird on the Internet (Almost) , bravely discusses her past struggle with mental illness. "I think that the more honest I was with myself, the easier it was to get out of the morass I had myself in," Day says during a phone interview.

Near the end of Day's memoir, the 36-year-old dives deep into a moment in her life where she entered a very dark hole that she had a hard time crawling out of. She became depressed, anxious, and began showcasing all kinds of emotions. She'd go from happy to sad to manic all in a matter of moments. Day took on too much at once, especially when it came to work, and started to collapse physically and emotionally. All of this came to a head in 2013, when her problems got serious, including suffering from major panic attacks, becoming so stressed she started to fear the future, and even starting to lose her memory. At one point, Day bounced around the idea of how she could erase herself from the world.

Soon after, the actress, producer, and writer became physically sick. Actually, what made her realize she needed help and healing was when she found out that she had severe thyroid problems, which were contributing to her depression, lack of energy, and causing chunks of her hair to fall out. If that isn't enough, she soon learned she had Barrett's esophagus, causing the lining of her stomach to creep up into her throat, which made her more likely to get esophageal cancer. That was the key moment Day realized she needed to make a change.

Why did she wait so long? Well, similar to many others suffering from mental illness, Day was frightened to tell anyone, because she didn't want to feel more ashamed than she already did. It's hard enough to admit to yourself that you need help, but when it comes to telling others you have mental problems, well, not everyone is accepting. However, Day became aware of how important it was to take care of herself, regardless of what others thought.

Thankfully, now Day is opening up about this time in her memoir as a way to fight the unfortunate stereotypes associated with mental illness. She says,

Sometimes you just don't have the awareness about where you are in life, in your mind, what your brain is doing to you to tell you that you're not good enough or that you're trapped. You have to have an example to show you a way out or at least a way to confront it and maybe change what's making you unhappy. If I can share my experience as somebody who people think has a perfect life and I tell them, "No, it's not perfect, I had a lot of ups and downs and I struggled," then maybe they'll take part that there is a solution for their own problem.

For Day, it's all about extending a helping hand anyway that she can, and that's exactly what she does with her memoir. She says, "I think support and education is the only way to get through tough times like that, especially when your brain is telling you you don't have a choice."

You're Never Weird on the Internet (Almost) is on sale now, so be sure to pick up a copy.