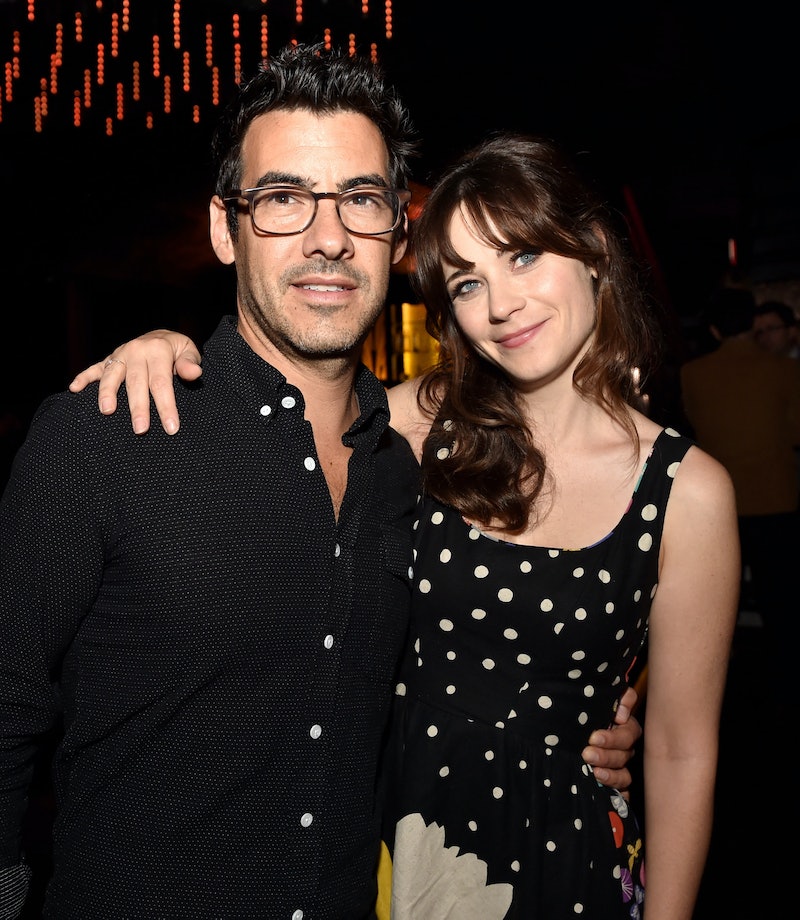 Who's that girl? It's Zooey Deschanel, of course! But wait, who's that guy? You might not know his face, but you probably know the work of Zooey Deschanel's new husband, Jacob Pechenik. Pechenik, though he looks like an old-timey movie star (something about that jawline gets me), works behind the scenes, and he's becoming quite the prolific producer making a name for himself in Hollywood. Not to mention, he just married Zooey Deschanel, arguably the original manic pixie dream girl, and the couple just welcomed their first child into the world. So... congrats on your life, Jacob Pechenik!

A quick glimpse at Mr. Deschanel's IMDb page will make you feel like you've accomplished little to nothing in 2015. So far this year, Pechenik has produced four films that have yet to be released, and he worked on several films last year that were huge hits. Pechenik was a producer on The Skeleton Twins, a drama that starred dynamite Saturday Night Live alumni Bill Hader and Kristen Wiig as twins who reunited after a long estrangement. Pechenik has also worked with other big stars. He was the executive producer (the head honcho, the big boss) of Song One, which starred Anne Hathaway (it was the movie Hathaway was promoting on The Daily Show that made the actress and host Jon Stewart burst into fits of uncontrollable laughter, if that rings a bell). Also on his executive production resume, Black or White with Kevin Costner and Octavia Spencer, and the indie comedy Electric Slide.

So, Pechenik clearly is in in Hollywood, and nd it looks like he was trying to get all the work done that he could before new-dadhood. He has several films coming out that he's produced in 2015, one even starring our saddest true detective, Colin Farrell. Solace stars Farrell as a cold-blooded murderer and the legendary Anthony Hopkins a psychic doctor who's helping the FBI track Farrell's character down.

But maybe Pechenik's most exciting project is one that stars his new wife! Pechenik is releasing Rock the Kasbah later this year, a film with an all-star cast: Deschanel, along with Bill Murray, Bruce Willis, and Danny McBride. In fact, it was on the set of that film, about a washed up music manager who finds a new, exciting young voice, that Pechenik and Deschanel first met and started smooching.

Congratulations to the happy, beautiful, and very successful couple. I'm not envious or anything at all...