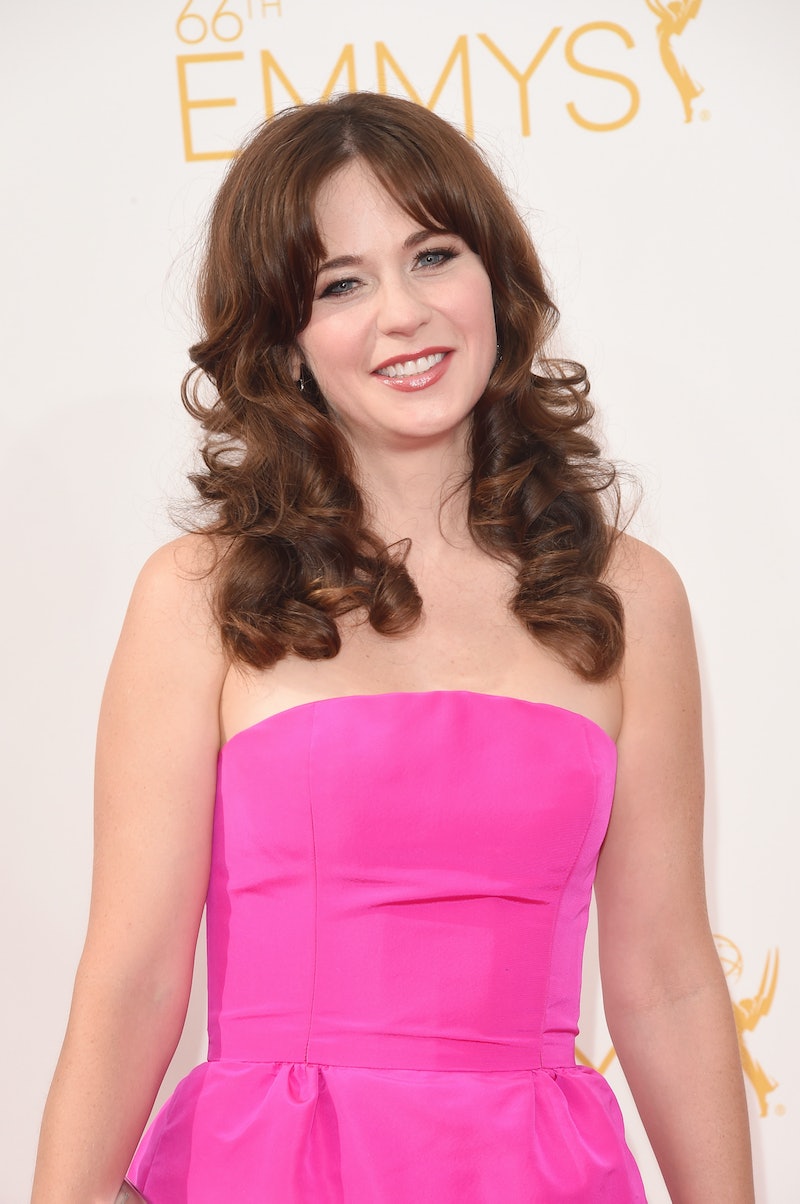 The time has finally come: New Girl actress Zooey Deschanel is a mom. According to Page Six, the actress and her now husband Jacob Pechenik gave birth to a baby girl last week. How exciting for the first-time parents! According to Deschanel's rep who confirmed to E! News, the couple wed in a secret ceremony. A huge, resounding congratulations to the sweet family!

In January 2015, Deschanel and Pechenik announced their pregnancy and were "over the moon" with their then impending addition. At the time of their pregnancy announcement, the engaged couple couldn't wait to meet their child. I bet now that they are officially parents, they are jumping for joy. Plus, Deschanel probably can't wait to have coffee, something she missed greatly while pregnant, as she once told Jimmy Kimmel. Yeah, she totally celebrated the birth of her baby with a cup of coffee — or at least I hope she did, because she deserves it.

And now that the 35-year-old is a mom, she will continue to kick ass, like she did in an interview with Cosmopolitan about her "post-baby body." As she told the magazine, "Haven’t we all seen those pictures of a sexy new mom in a bikini after one month? I will not be that person. I’ve always gone my own course and never been someone who had the need to be super skinny. I like a healthy look."

Also, you know what this all means? Deschanel and her sister Bones actress Emily Deschanel, who just gave birth to her second child, can have all kinds of cute play dates.

Congratulations, again, to Deschanel and Pechenik!