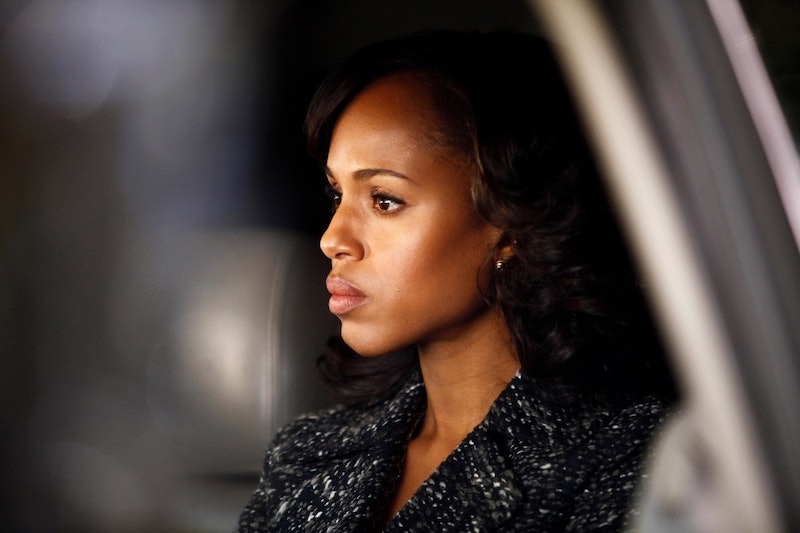 It's easy to sweep empathy under the umbrella of other, more common, perhaps even diagnosable issues like social anxiety, introversion, and so on. The reality is that it's just a bit beyond our third-dimensional understanding of humanity to grasp how people can just pick up on other people's thoughts and feelings, be it by the "vibe" they give off that strikes what we call "intuition," or a heightened — almost psychic — ability to read micro-expressions and interpret them accurately. All of these seemingly superhuman options are intimidating, if not really scary, so people are quick to judge empathy as less than it is.

The truth is that being empathetic is one of the most worthwhile traits a person can have. To not only be able to acknowledge one another's wellbeing, but to actually feel what someone else is experiencing, and to truly connect at that core level, is unprecedentedly powerful. It's something we all need to develop a bit more, especially on a mass scale. But, like most things in the world, it's stigmatized to an unfair degree (if not disregarded completely). Here are all the things people tend to get wrong about empaths, and the truth that may make you realize you are one (but perhaps in denial):

People develop extraordinary levels of empathy when they are repeatedly in situations in which they must be hyper-aware of their surroundings, and cautious as to whether or not someone is going to hurt if not abuse them in some way. Very empathetic people develop their abilities to understand and "just know" out of a need to down-board think and predict other people's actions, for the sake of safety/survival (even if it's just social). Empathy, while certainly something some people naturally have more than others, is also a cultivated trait, often out of necessity.

They're Not Necessarily Introverted

... Though they have very introverted tendencies. In fact, many empaths tend to be very extroverted, but can only really indulge that every now and again. (They were the people in college who would party like the world was ending for a whole weekend straight, then not go out for another month.) And if they do behave in a very "introverted" manner, it's usually out of a need to be their own energy — as in, they have to learn to entertain and be with themselves first, before they can weed through the labyrinth of other people's thoughts and feelings and desires.

They Have To Put Themselves First

The other thing that's important to realize about empaths is that they usually have to put themselves first. Someone (or many people) in their life never considered their feelings in a serious way, and that took a mental and emotional toll on them as they got older. If they do not make a conscious effort to remain connected to their core, intuitive selves, they can easily adopt other people's thoughts and beliefs as their own, without even realizing.

They're Often Manipulated If They Aren't Hyper-Cautious About People's Intentions

You teach people how to treat you, and once people realize that empaths are prime candidates for giving them the love and attention and recognition they feel they may lack, people who are just looking for a pawn, or someone to "feed" off of emotionally, latch onto them like leeches. This is why they may, on the surface, seem a little slow to trust (if not have a full-blown Trust Issue, and rightfully so).

A lot of empathetic people think they're mentally ill, or seek counseling for some kind of intense, perpetual social anxiety and depression, but when they trace the root of their feelings and ideas, they come up blank. There seems to be no reason for their existential angst, that is, until they realize that it's not theirs at all. A lot of empathetic people don't even know that they are — they assume it's some other, more commonly accepted answer, like an anxiety disorder. A tell-tale sign that this is the case is when a good amount of treatment for said issue fails to work, or if there's no diagnosable issue at all.

They Can Seem Gullible (But Aren't)

They're people-pleasers. They'd rather lightly lie to you than leave you feeling uncomfortable or unsupported. They tend to nod and agree with whatever someone is saying, even when they completely disagree, because it doesn't do anything for them to argue. This is also why they tend to "ghost" on people quickly, or avoid certain individuals/situations for seemingly no reason. It's not that they can't communicate; it's that conflict is stressful because they're picking up on everyone's heightened emotions, and they're inherent awareness leaves them feeling responsible for resolving it altogether. No, neither of those things is fair, but hey, nobody's perfect.

More like this
Here's How To Support Jewish People Amid Rising Antisemitism
By Hannah Orenstein
6 Steps For A Successful Healing Manifestation Ritual
By Kristine Fellizar
These Are The 3 Most Mellow Zodiac Signs
By Kristine Fellizar
What Is Harry & Meghan's Net Worth? They're Richer Thanks To Their Netflix Doc
By Hugh McIntyre
Get Even More From Bustle — Sign Up For The Newsletter