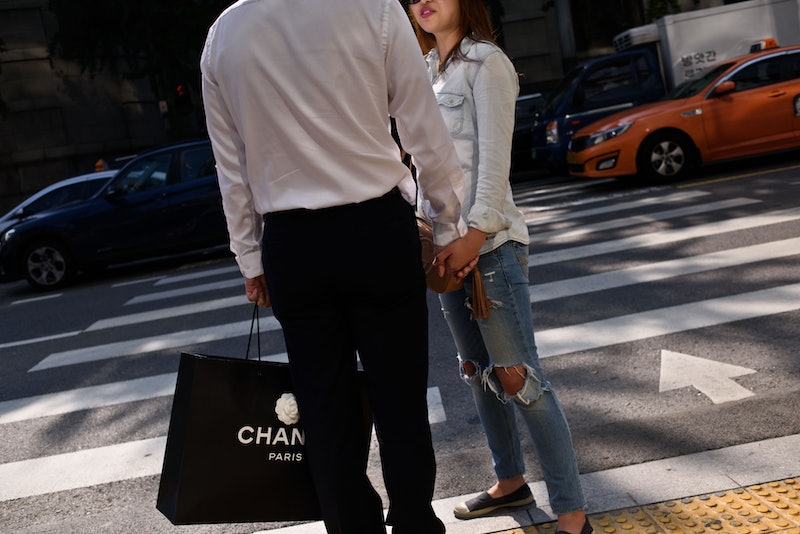 Ryan Gosling’s abs, JLaw’s ’tude, and Seth Rogan’s sense of humor. Obviously these are qualities we’re going to look for in the people we date. But there are other characteristics that make someone an ideal S.O. — even if that person isn’t red carpet material. To make sure you don’t get stuck with yet another jerk who forgets your birthday two years in a row, we’ve rounded up 10 (totally realistic) traits to look for in a long-term partner.

Note: Obviously don't rule out a potential partner who doesn’t have possess every trait on this list. These are just general guidelines for when you’re out looking for your Ryan Gosling or Jennifer Lawrence. This probably goes without saying, but ultimately, you’ve got to trust your own intuition about who is and isn’t right for you.

Most of us are looking for someone who won’t leave us in the lurch the minute he or she sees two legs in a short skirt walk by. According to scientific research, one way to predict a partner’s faithfulness is to gauge how much self-control he or she has.

But how can you measure something like self-control? Other than seeing how long he or she withstands being tickled, social psychologist and relationship expert Jeremy Nicholson, M.S.W., Ph.D. suggests noticing whether the person pays attention to you, and whether he or she has a problem waiting for things. In other words, if your partner is constantly asking, “What did you say?” because he or she is checking a Seamless.com order for the 18th time, this person might not be right for you.

As the therapists at Santa Clara University put it, “a person with high self-esteem loves because s/he feels good about him/herself.” In other words, that person isn’t constantly looking to you to make him or her feel smart or pretty. He or she already has a healthy relationship with him or herself, meaning he or she has lots of time and energy to devote to a relationship with you.

Just like being single, being in a relationship can be a huge opportunity for personal development. Among other things, you learn how to handle conflict and how to balance your needs with someone else’s. As Karen Salmansohn, author of Prince Harming Syndrome: Break Bad Relationship Patterns for Good, puts it, a guy or girl who’s only happy when things are going smoothly isn’t going to stick around. But someone who’s willing to learn and change is likely in it for the long haul.

No, I’m not referring to how quickly he or she answers your text messages. I mean whether the other person listens when you’re talking about your feelings, asks questions about your viewpoint, and confirms that he or she hears and understands it. Responsiveness is scientifically proven to be a huge factor in successful relationships and, according to relationships researcher Samantha Joel, it’s all about validating your partner’s individual perspective and needs.

You don’t need to date a stand-up comedian to find someone funny. Having a sense of humor in a relationship means knowing what makes your partner smile, and more importantly, when he or she could use a good laugh to relieve stress or anxiety. According to clinical psychologist and marriage counselor Randi Gunther, Ph.D., a partner with a good sense of humor won’t use comedy to avoid talking about serious or uncomfortable topics. Instead, she says, humor means “the ability to hold one’s sparkle in the midst of distress,” to put things in perspective and laugh at yourself even when the going gets rough.

So he still watches cartoons and laughs at jokes about boobs. He might still be long-term material. Contrary to popular belief, acting all “grown up” isn’t necessarily a sign of maturity. Instead, says Lisa Firestone, Ph.D., a relationship expert and the senior editor at PsychAlive, being mature is really about learning from mistakes that were made in previous relationships. Someone who’s mature is willing to think about how he or she can resolve potentially troublesome influences from the past so that they don’t interfere with present partnerships.

7. Qualities (sort of) similar to yours

Even MC Skat Kat knows that opposites attract. Or do they? Actually, research has found that we desire partners with a similar social status, education, and religious background. (That’s not to say that you can’t fall in love with someone from a completely different culture — it’s just a general observation.) On the other hand, when it comes to personality traits, we look for people with complementary, rather than, similar qualities. So if you’re the life of the party, you might be drawn to someone a little more low-key.

Honesty is trickier than it sounds. According to Firestone, an honest partner doesn’t tell you every time he or she thinks your hair looks funny. Instead, honesty is all about being open with your needs and with really meaningful matters. An honest partner isn’t afraid to make him or herself vulnerable by telling you what he or she really wants out of the relationship.

One study found that wives with positive husbands were more likely to say they were happy with their marriage. But an optimistic outlook is important in any kind of relationship. You don’t have to look for a partner who’s happy-go-lucky all the time (in fact, that would be sort of sickening), but it is helpful to find someone who feels good about him or herself and about your relationship most of the time. Your S.O.’s attitude will definitely rub off on you, so dating a Debby Downer may leave you feeling depressed, too.

According to Nicholson, an ideal partner knows how to express feelings of thankfulness. Maybe that’s by writing you a thoughtful note after you cook a fancy dinner or by giving you a quick hug just because he or she loves you and is glad to have you. Even these seemingly trivial acts show that the person really values the relationship and appreciates how wonderful you are. Best of all, that kind of behavior makes you more likely to be nice to your partner, meaning the relationship is more likely to stay healthy and happy.