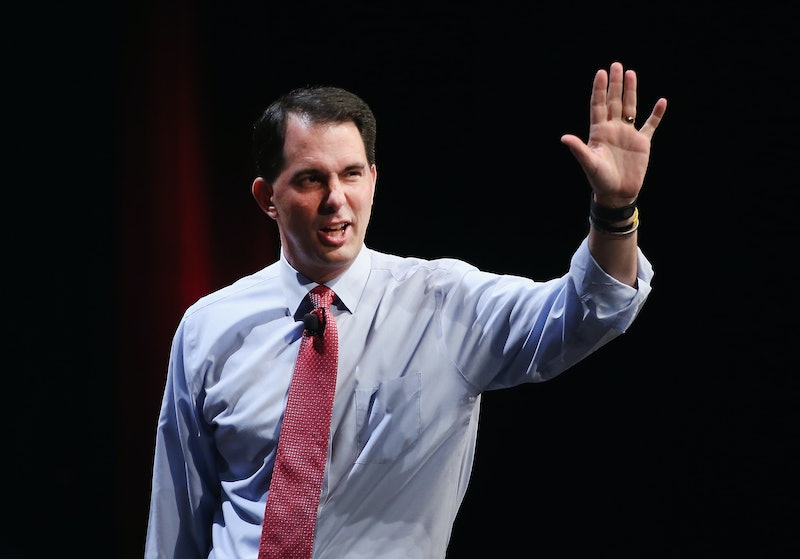 Abortion came up within the first 15 minutes of the GOP presidential debate Thursday night, and the answers were somehow worse than expected. The target this time around was Wisconsin Gov. Scott Walker, who recently signed a 20-week abortion ban with no exemptions for rape, incest or fetal abnormalities. But when he was asked by debate moderator Megyn Kelly why he was initially against including the exemption for when a woman's life is at risk, Walker's quote on abortion rights showed he believed the health of the mother wasn't as important as protecting the fetus. In fact, he seems to think "women's health" isn't a valid reason for a patient to undergo an abortion procedure.

"Would you really let a mother die rather than have an abortion?" Kelly asked the Wisconsin governor. "I'm pro-life, I've always been pro-life," Walker said. "I've got a position that's consistent with many Americans out there."

The Wisconsin governor, however, would not expand on which laws or alternatives exist to protect pregnant women who are facing a life-threatening pregnancy and may need an abortion for their own health. Walker also wouldn't say how his state would be able to protect the life of pregnant woman if abortion is completely outlawed.

Is Walker's view truly consistent with Americans? Well, it's certainly not the view held by a majority of American doctors. The American Congress of Obstetricians and Gynecologists sent a letter to Walker earlier this year opposing his original 20-week abortion ban, which barred abortions in the case of the woman's life or health. ACOG called the all-out abortion ban "bad medicine" that would force patients to endure "emotional trauma, illness and suffering." Most Americans, too, identify as "pro-choice" and believe that, at the very least, a pregnant woman should have the option of abortion if her life or health is at risk. According to a new Gallup poll from May, 50 percent of American adults said they were "pro-choice." Only 19 percent of U.S. adults said they believe abortion should be outlawed in all circumstances.